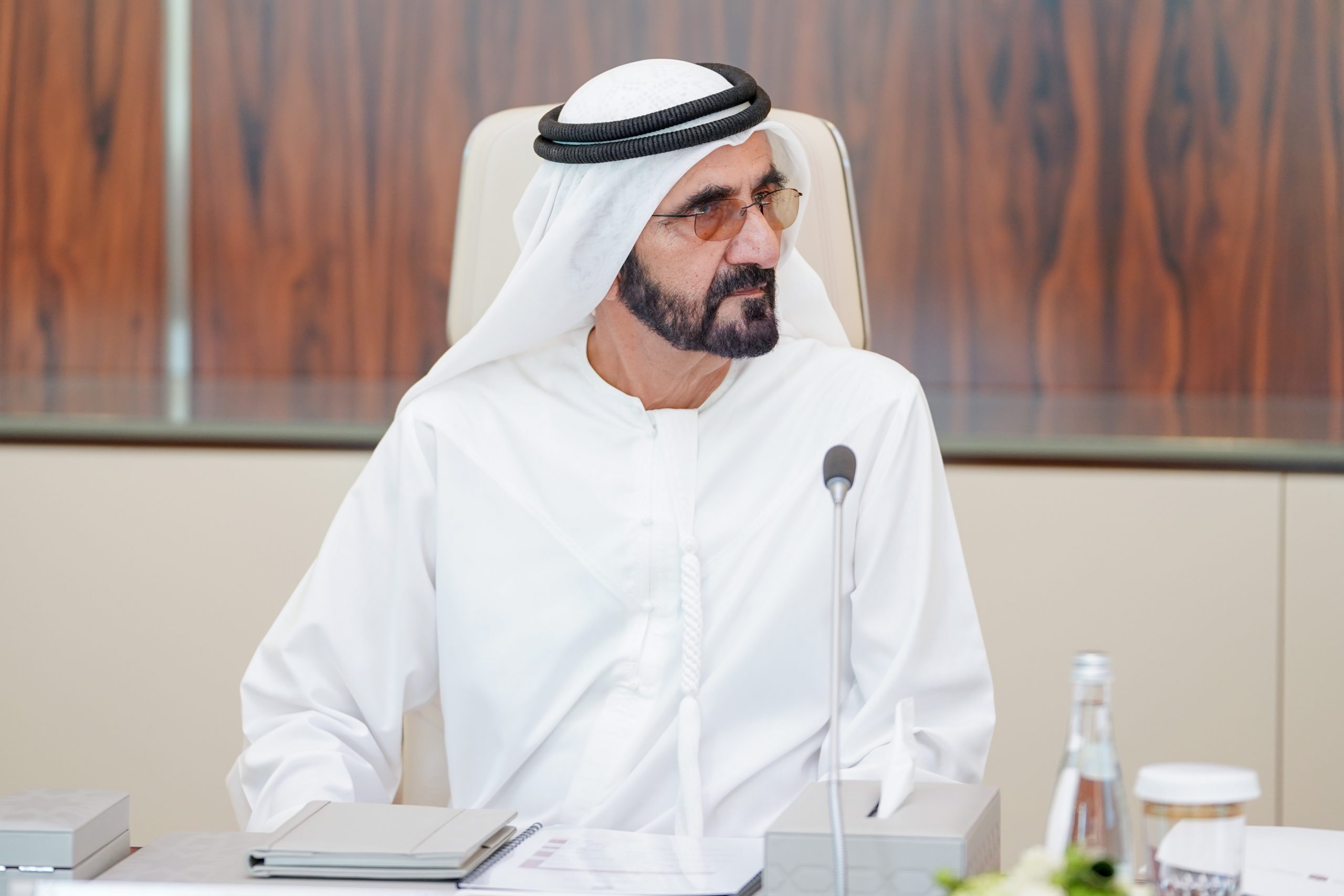 In his statement to Nation Shield, the UAE Armed Forces’ magazine, on the occasion of the UAE’s 50th National Day, His Highness Sheikh Mohammed bin Rashid said, ”Challenges never deterred us from pursuing our path, and our major challenge was to challenge ourselves. We had to prove our ability to establish an efficient country and an ambitious development model.”

Following is the full text of his statement on the occasion: Peace be upon you, I congratulate you on the occasion of our 50th National Day, and I thank Allah Almighty for the blessings he gave us. I also thank him for giving me the opportunity to contribute to the formation of the UAE and its establishment.

Today, as we celebrate the achievements of the country’s first 50 years and appreciate our progress, we commemorate our fathers who established the country and the foundations of its development and prosperity.

We commemorate our father, the late Sheikh Zayed bin Sultan Al Nahyan, and words cannot express our appreciation of his leadership and wisdom. Without him, the UAE would have never become a reality.

With gratitude and appreciation, we commemorate the late Sheikh Rashid bin Saeed Al Maktoum, Sheikh Zayed’s partner in establishing the country’s foundations on 18th February, 1968.
We also remember their brothers, the Rulers of the Emirates, who supported them and joined them in consolidating the Union.

On this day, we remember the first generation of Emiratis who built the country and worked hard, with loyalty and devotion, to establish the state’s institutions.

Even though 17 years have passed since the death of Sheikh Zayed, he is alive in our hearts, and every 2nd December, his presence is consolidated in my own heart. I have worked under his leadership since the formation of the UAE. I have learnt a lot from his values and principles, as well as his decisions and stances. He always aimed to achieve our nation’s interests, make our people happy and strengthen the Union.

The late Sheikh Zayed always worked to reinforce the Union and helped establish the Gulf Cooperation Council (GCC) and helped lead the efforts aimed at strengthening the Arab cooperation.

The legacy of the late Sheikh Zayed in terms of leadership and governance is valuable for this country’s generations. It is a lesson in establishing relations with others, reconciliation, crisis management and facing challenges.

Challenges never deterred us from pursuing our path, and our major challenge was to challenge ourselves. We had to prove our ability to establish an efficient country and an ambitious development model.

Over the past 50 years, we have faced different challenges in security, politics and economy. Nonetheless, we handled these challenges with the belief that our national worth is about confidently facing them with faith and optimism. Therefore, we were able to address challenges during the stages of the formation of the country and during the global economic recession, the first Gulf war, Kuwait’s invasion, the occupation of Iraq, and the so-called Arab Spring.

Fellow citizens, On this day, we must think about where we were 50 years ago and what we have become.

I assume a big portion of the population under 50 years of age, do not know the complete picture.

There is no time now to make comparisons with figures, facts and events, as this will require many volumes of books. They are documented in words and audio-visual media and are available to the public.

Today, I will address the establishment of the Emirati national identity.

The establishment of the national identity of any people is usually a historically sensitive and complicated process sometimes accompanied by wars and violence, which led to internal conflicts in some countries.

However, the formation of our Emirati identity did not encounter any of this, because the Emirati people are one community made up of many groups united by the same faith, geography, history, culture, values and traditions.

Today, I think about the process of government performance, which started from zero but progressed to establishing ministries, institutions and legislations that were new to the Emirati people. At the same time, there was a lack of sufficient national cadres to take on such duties. Nevertheless, the government raced to implement hundreds of projects, so it was only natural to encounter obstacles, but we overcame all these challenges and trained qualified citizens. Now, our government can compete with its best counterparts in planning, performance and adapting to changes.

I also think about the process of fully developing human resources and urban spaces, to the point where the country is in the first position in the world competitiveness indexes in areas of infrastructure, digital infrastructure, economic diversification, education, health and housing sectors.

The process of building our Armed Forces is one of the best examples in this regard, being one of the main requirements for establishing the country, as it involves expertise in developing human resources and sharpening their skills.

Today, I think about the process that helped our country attain a prominent international stature full of achievements, development and humanitarian initiatives, as well as appropriate stances and policies while promoting the principles of tolerance and coexistence.

Back then, the world started to reshape itself by embracing digital technologies, and we engaged in this field at an early stage by establishing an advanced digital infrastructure that enabled us to begin the era of e-government. We then embarked on the generation of artificial intelligence and realised space is vital for the digital sphere, so we progressed from purchasing satellites to manufacturing them with Emirati minds and hands. We have participated in space discovery missions, determined to be the partners of the international space community.

Our space industries have also enriched our national scientific institutions, enhanced our strength, and created high value-added economic opportunities. The size of the space economy today exceeds a trillion dollars, and this is expected to increase steadily.

Furthermore, we share with the world a growing interest in climate change. Government authorities and departments are exerting significant efforts to address this issue, and we aim to encourage the private sector and the community to exert similar efforts.

Tomorrow, we begin our next 50 in our journey for development, guided by the UAE Centennial 2071 vision plan, the Principles of the 50 and the 10 principles approved by President His Highness Sheikh Khalifa bin Zayed Al Nahyan as guidelines for all UAE’s institutions to strengthen the Union, build a sustainable economy, harness all possible resources to build a more prosperous society, foster positive regional and global relations to achieve national goals, and support peace and stability across the world.

.@HHShkMohd: Challenges never deterred us from pursuing our path, and our major challenge was to challenge ourselves. We had to prove our ability to establish an efficient country and an ambitious development model.https://t.co/oGzvmVm55N pic.twitter.com/eIg2jyK3JF

With our successful Emirati model, we confidently set off our rich experience in planning and shaping the future and with our efficient national human resources. We realise that we move in an ever-changing global environment with significant impacts on international relations, national priorities, work processes and living patterns. In the past two years, we finalised the frameworks that would allow us to adapt to such changes and to respond to the needs by making the right decision at the right time and by modifying plans when necessary, in a way that would boost our capabilities to utilise the opportunities and to avoid risks associated with these changes.

Dear citizens The lessons and experiences of the past 50 years continue to inspire us to be more dedicated to serving our country. With you, and by you, we will add new achievements and will take our Emirati model to broader domains. We will continue our progress and our goal to be the number one in all sustainable development indexes.