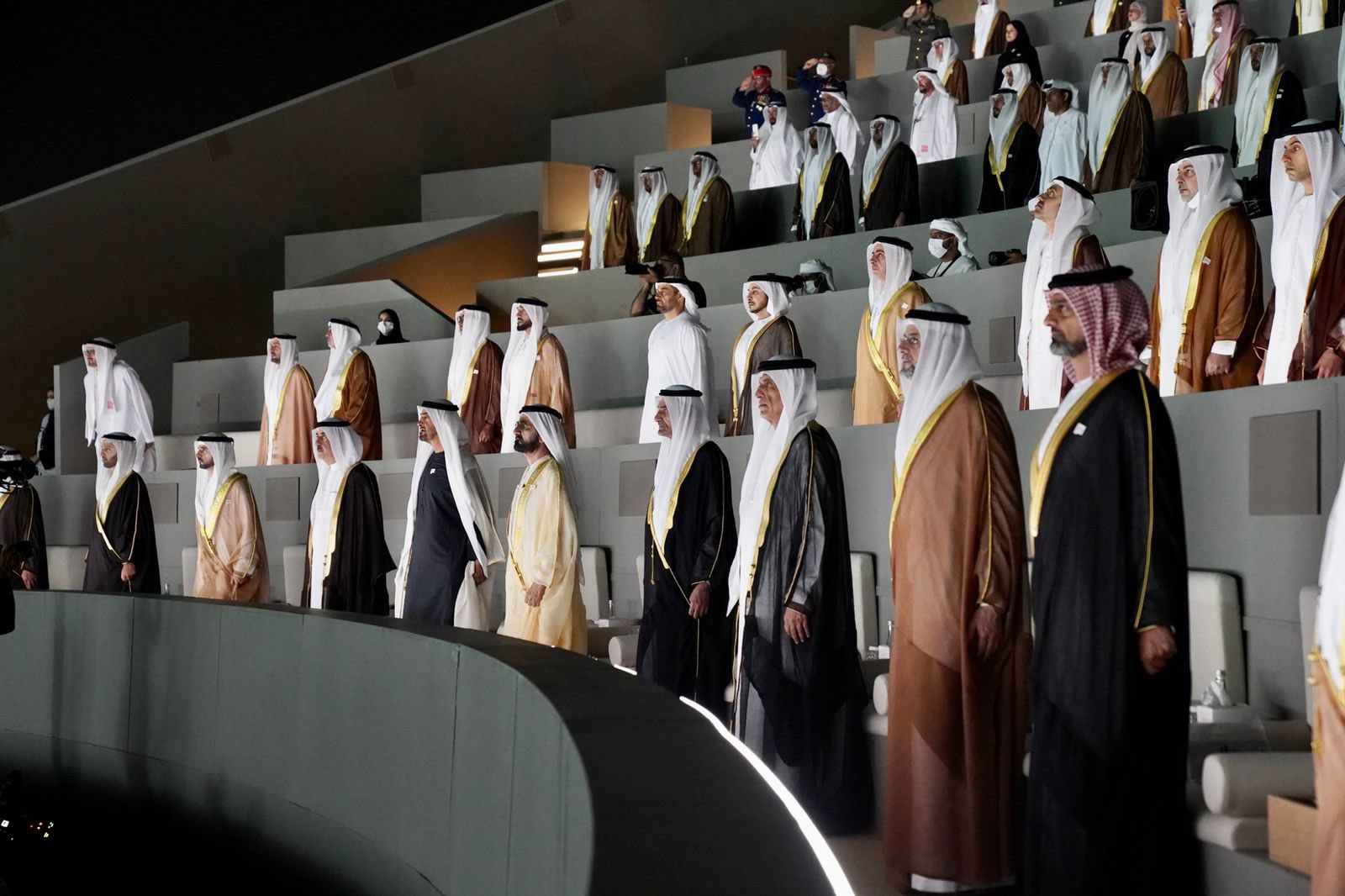 The show, held at the Hatta Dam and surrounded by the Hajar Mountains, was attended by residents from across the UAE, and was broadcast live on all official TV channels and the official website of the UAE’s 50th National Day.

The centrepiece of the show was a huge sculpture created using modern technology and installed on a floating stage on the Hatta Dam to highlight the close connection between people and nature and the history of the UAE since the 19th century.

The show consisted of nine parts, showcasing highlights of the UAE’s 50-year journey and projections of the UAE’s future over the next 50 years.

The first part of the show included a performance of drummers performing traditional Emirati rhythms that resonated around the mountains.

The second part showed the earliest form of the Emirati compass, known as the Deira, before 200 drones lit up the sky as the sculpture began to project the Deirat Al Duror, an ancient astronomical system used by UAE residents in ancient times.

The third part was about the women pioneers of the UAE. It concluded with a tribute to the achievements of the “Mother of the Nation”, Her Highness Sheikha Fatima bint Mubarak, President of the General Women’s Union, President of the Supreme Council for Motherhood and Childhood and Supreme President of the Family Development Fund (FDF).

As for the fourth part, it recounted the agreement that led to the creation of the UAE Union, where an image of the late founding father of the UAE appeared on a giant sculpture, while the fifth part of the show shed light on the transformation of the UAE from a desert to a lush green land.

The sixth part featured the UAE national anthem, followed by a chapter on key moments in the UAE’s history leading up to Expo 2020 in Dubai to the sound of traditional music.

In the final part of the show, titled Letters to the Future, three girls wrote letters to their future friends, embodying the UAE’s ambitious vision and aspirations for the future. The celebration ended with a dazzling drone-launched fireworks display to mark the end of the UAE’s first 50-year journey and the beginning of their march into the future.