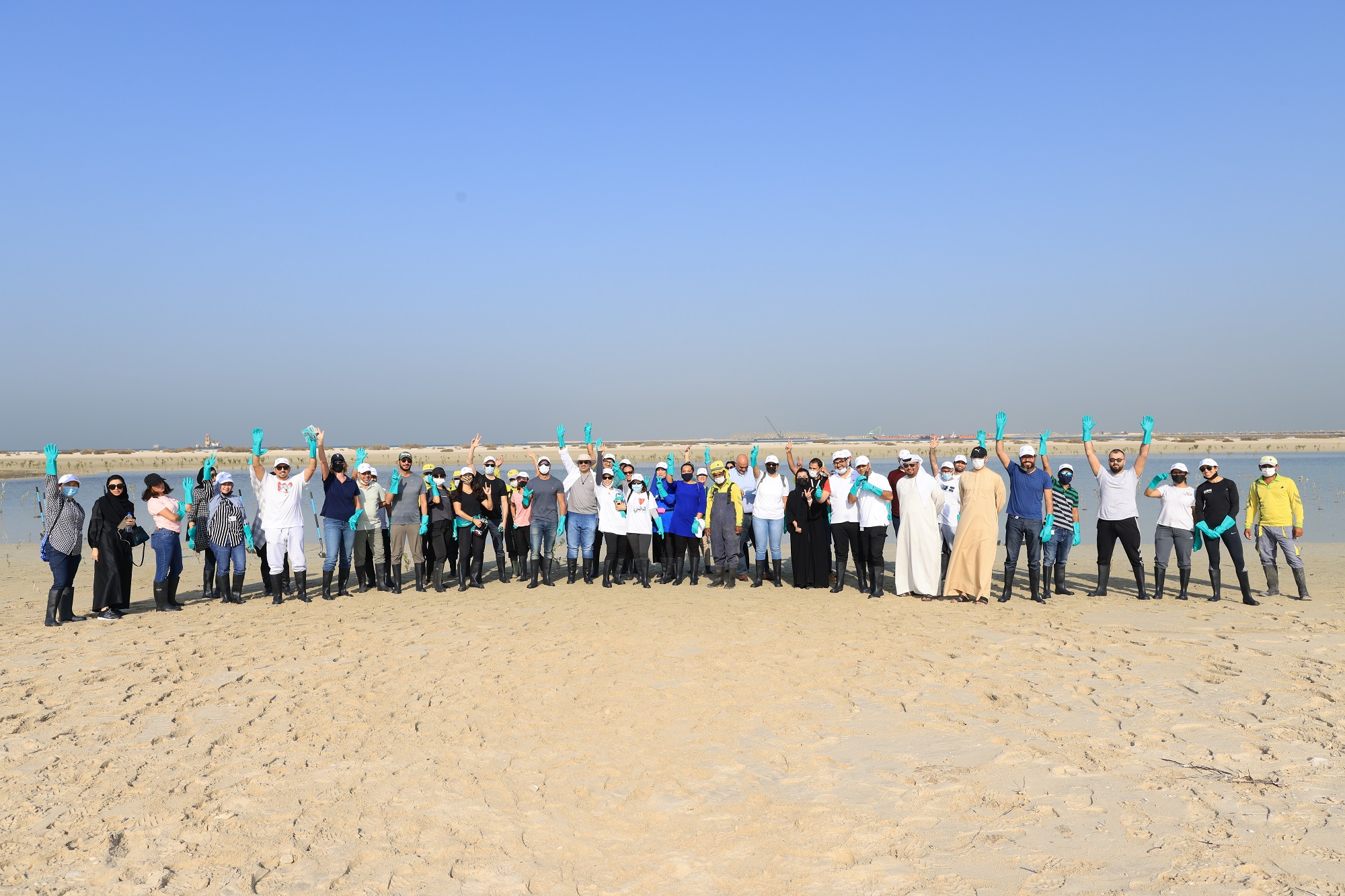 The mangrove planting initiative took place as part of a corporate social and environmental responsibility programme in line with the UAE’s ambition to expand mangrove cover by planting 100 million mangrove trees by 2030. This will increase the number of mangroves by 70 million, compared with 30 million salt-tolerant trees by 2030, originally announced as part of the second Nationally Determined Contribution under the Paris Agreement. The new target was confirmed in November 2021 following the announcement of the UN Framework Convention on Climate Change that the UAE will host the 28th Conference of Parties (COP28) in 2023.

The mangrove planting event was held in the heart of the Jebel Ali Wetland Reserve, an impressive 2,000-hectare reserve that was included in the Ramsar List of Wetlands of International Importance in 2018. The coastal and marine wetlands include areas of coral reefs, mangroves, shallow lagoons, seagrass beds, oyster beds and sandy shores that support a healthy and diverse wetland habitat providing shelter for more than 500 marine species.

The mangrove planting initiative supports the ongoing sustainability strategies implemented by the Department of Economy and Tourism and Dubai Municipality to combat climate change, conserve and protect natural biodiversity and ecosystems, and strengthen Dubai’s position as an environmentally sustainable destination.

The initiative follows the recent announcement that the UAE plans to invest over AED 600 billion in efforts to achieve climate neutrality by 2050.

You can read more at https://mediaoffice.ae