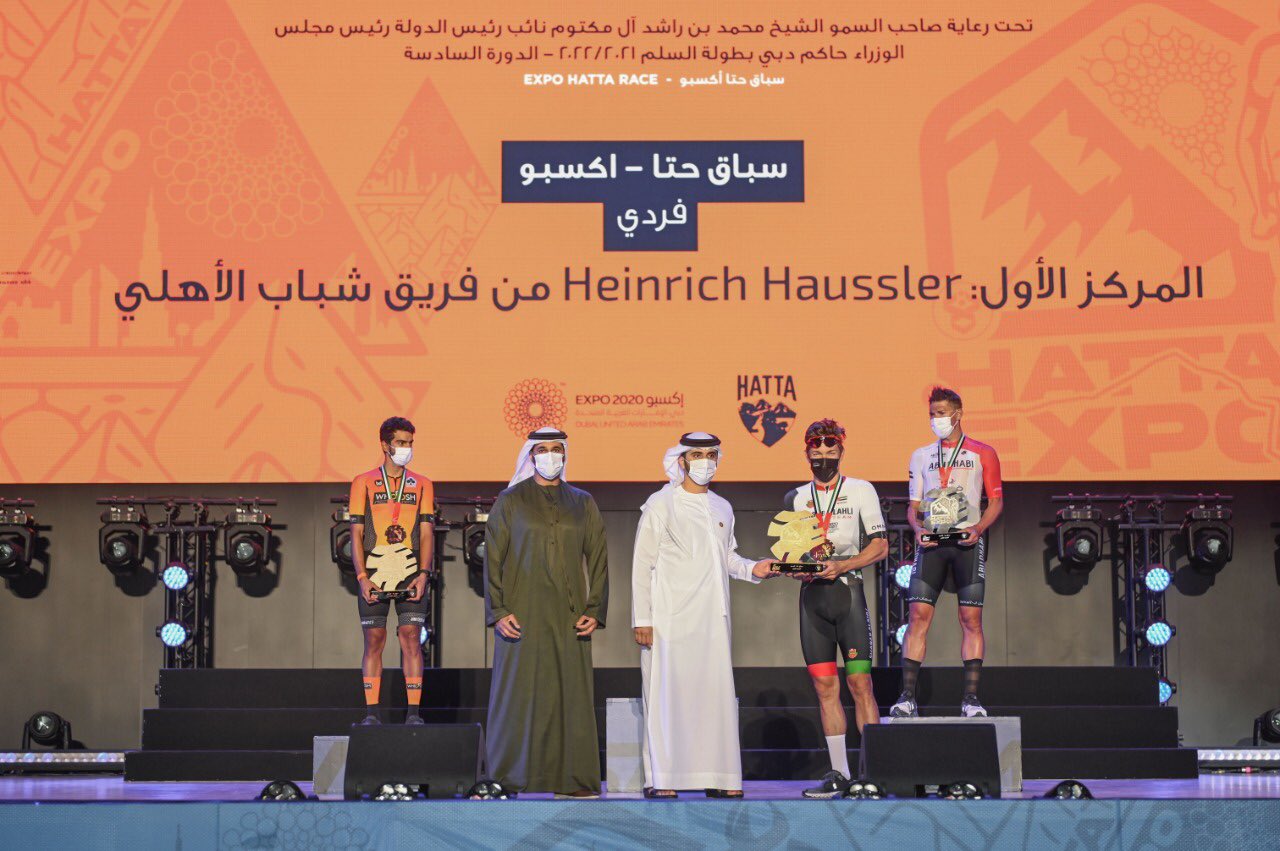 His Highness Sheikh Mansoor bin Mohammed bin Rashid Al Maktoum, Chairman of the Dubai Sports Council, awarded the winners of the Hatta-Expo, part of the sixth edition of the Al Salam Cycling Championship held under the patronage of His Highness Sheikh Mohammed bin Rashid Al Maktoum, UAE Vice President and Prime Minister and Ruler of Dubai on 9 January.

His Highness Sheikh Mansoor Bin Mohammed awarded the winners at the Jubilee Theatre located at Expo 2020 Dubai. The race covered a distance of 150km, starting in Hatta and ending at Expo 2020 Dubai. Prize money totalling AED1 million was distributed to those who finished in the top 20 places in the race.