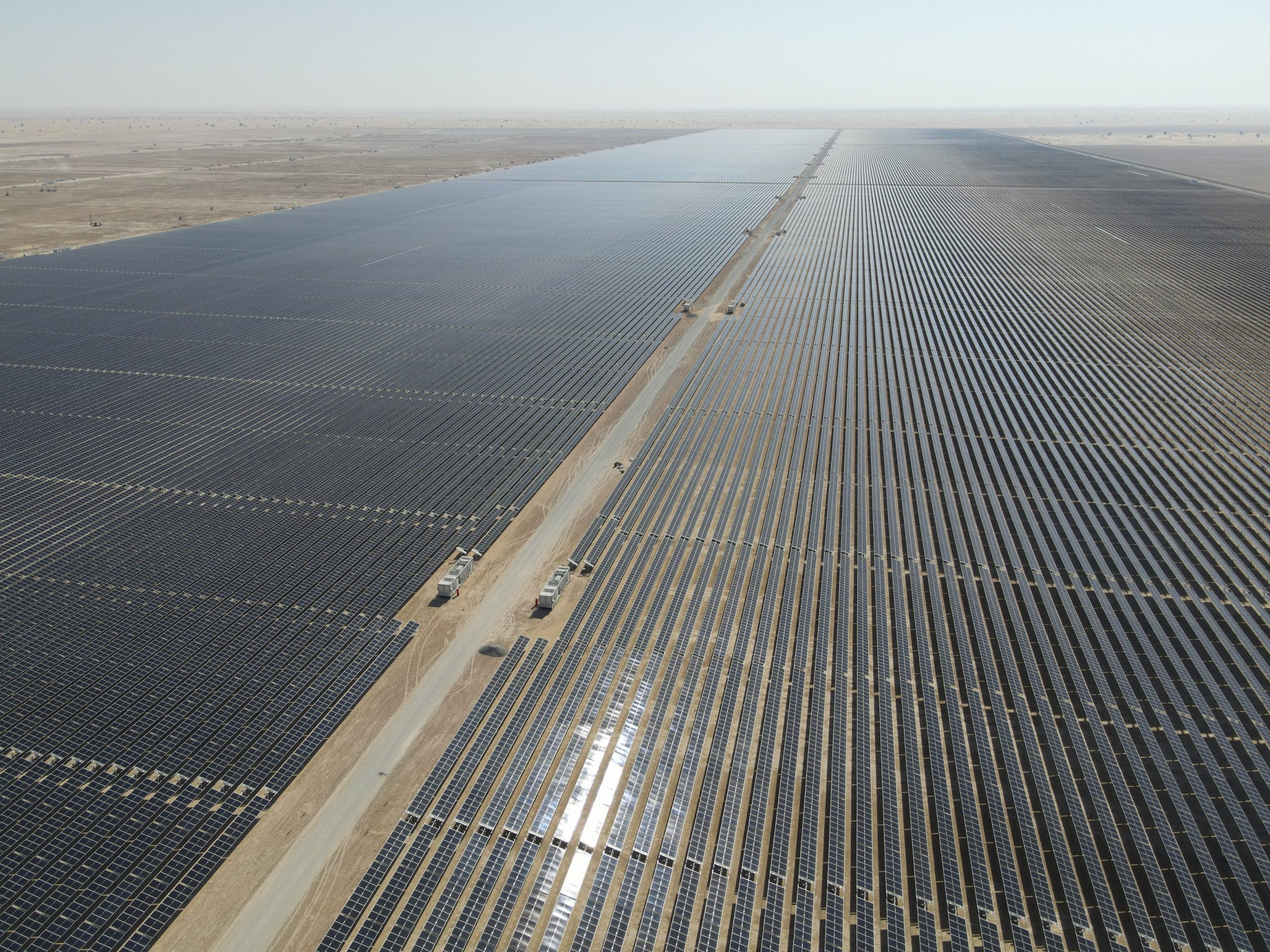 H.E. Syed Mohammed Al Tayer, Director General of Dubai Electricity and Water Authority (DEWA), announced that the production capacity of the first project of the phase five of Mohammed Bin Rashid Al Maktoum Solar Park has increased from 300 megawatts (MW) to 330 MW. This was due to the use of the latest bifacial solar photovoltaic technology with single-axis tracking to increase energy production. The 900MW fifth phase, with an investment of AED 2.058 billion, is 60% complete, with 4.225 million safe working hours without injury.

“At DEWA, we are working in line with the vision and guidance of His Highness Sheikh Mohammed bin Rashid Al Maktoum, Vice President and Prime Minister of the UAE and Ruler of Dubai, to promote sustainability and innovation and transform into a sustainable green economy by increasing the share of clean and renewable energy. This will enable the implementation of Dubai’s Clean Energy Strategy 2050 and Dubai’s Net Zero Carbon Strategy, which aims to provide 100% of Dubai’s total energy capacity from clean energy sources by 2050.

The Mohammed Bin Rashid Al Maktoum Solar Park, the world’s largest single-site solar park, is our largest project to achieve this goal. Its planned capacity will be 5,000 MW by 2030. The share of clean energy in Dubai’s energy mix is currently 11.38% and will reach 13.3% in the first quarter of 2022. The solar park currently has a capacity of 1,527 MW using solar photovoltaic panels. DEWA is implementing additional projects with a total capacity of 1,333 MW using solar PV panels and concentrated solar power (CSP) in addition to future phases to reach 5,000 MW by 2030,” said Al Tayer.

“Since the launch, the solar park projects have received significant interest from international developers, reflecting investors’ confidence from around the world in DEWA’s major projects in collaboration with the private sector under the independent power producer (IPP) model. Through this model, DEWA has attracted some Dh40 billion in investment and has received the lowest global solar energy prices five times in a row, making Dubai the global benchmark for solar energy prices,” Al Tayer added.

Waleed Bin Salman, executive vice president for business development and excellence at DEWA, said work on the fifth phase of the solar park was progressing on schedule. The second project is 57 per cent complete. He said the fifth phase would provide clean energy to more than 270,000 homes in Dubai and reduce 1.18 million tonnes of carbon dioxide emissions per year. It will be commissioned in phases until 2023.