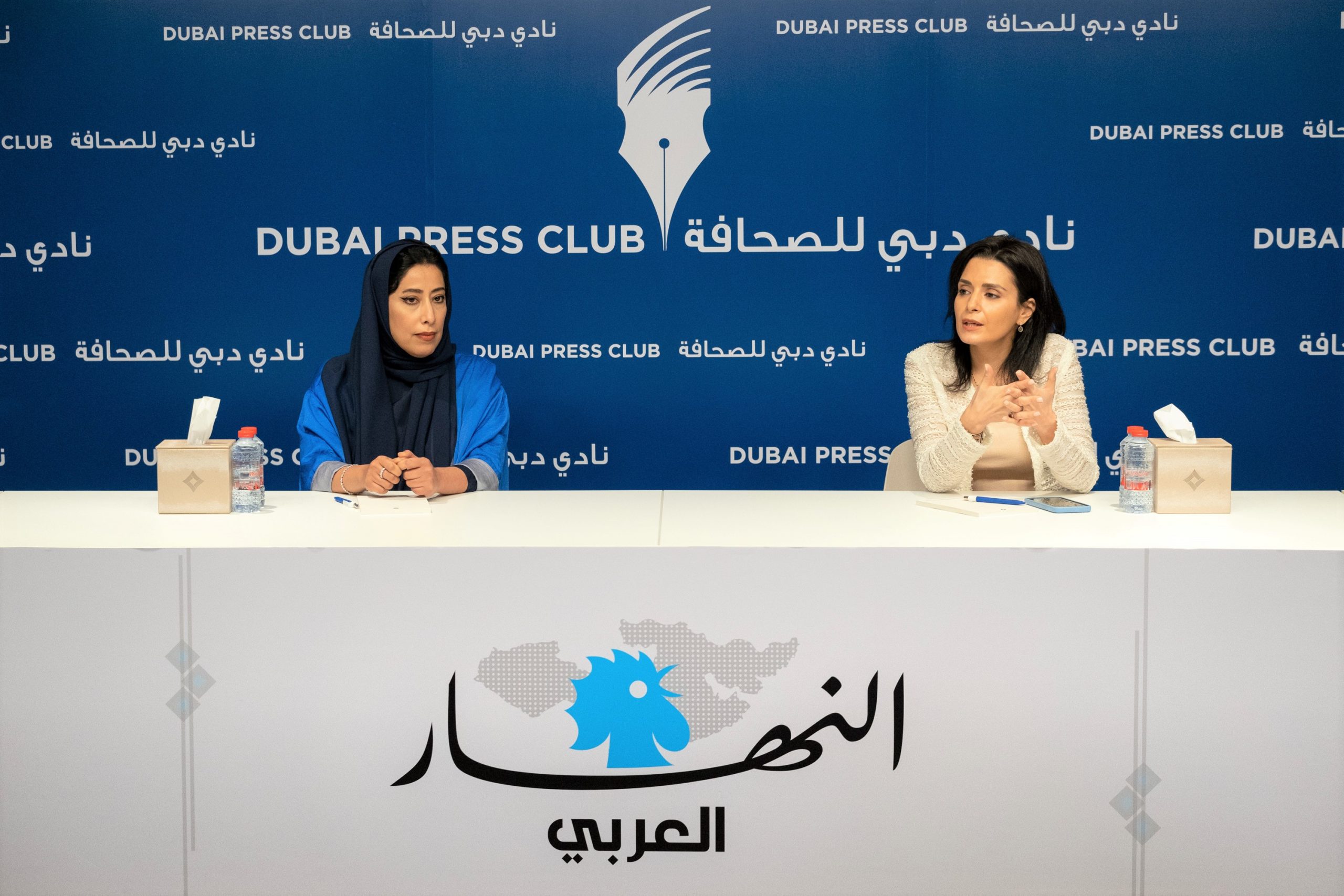 The Dubai Media Council and Annahar Media Corporation today announced the establishment of the Dubai office of news platform ‘Annahar Al Arabi’. The announcement was made during a press conference held at the Dubai Press Club on Wednesday.

The opening of the new office in Dubai reflects the city’s emergence as a major hub for regional and global media and its ability to provide a growth platform for industry leaders from around the world. The establishment of the office will further enhance the regional reach of the corporation, which offers diverse content covering a range of political, economic and social issues of interest to Arab audiences.

His Highness Sheikh Ahmed Bin Mohammed Bin Rashid Al Maktoum, Chairman of the Dubai Media Council, welcomed the opening of Annahar Al Arabi’s new office in Dubai, the latest among many Arab and international media organisations to establish a base in the emirate. The emirate supports the growth and development of ambitious businesses that have chosen Dubai as their base, His Highness said.

“Over the past two decades, Dubai has developed a conducive environment that provides talent and institutions in the media industry with a platform to thrive and grow. This has enabled the city to further strengthen its position as a leading destination for both organisations and individuals seeking excellence in various fields,” His Highness said.

Her Excellency Mona Al Marri, Vice Chairman and Managing Director of the Dubai Media Council, said: “The opening of the new Dubai office of Annahar Al Arabi is further evidence of the success of His Highness Sheikh Mohammed bin Rashid Al Maktoum’s strategy to transform Dubai into a global hub of talent and innovation in various fields. The initiative also reflects the growing role of the Dubai Media Council in accelerating the growth of the media sector under the leadership of His Highness Sheikh Ahmed Bin Mohammed Bin Rashid Al Maktoum.”

Al Marri noted the long-standing relationship between the prestigious Annahar Media Corporation and the Dubai Press Club, which dates back more than 20 years when the Dubai Press Club was first established. “The establishment of the new office reflects Annahar Media Corporation’s pioneering role in the region’s media sector and its commitment to further developing cutting-edge media in the Arab world. Investing in digital transformation has become critical to media growth in today’s fast-paced environment,” said Al Marri.

Nayla Tueni, chairman and CEO of Annahar Media Corporation, expressed her admiration for Dubai’s commitment to partnering with various regional and international institutions and talents in the sector, and its outstanding role in promoting the development of the regional media industry, which has made it a vital engine for growth and excellence in the Arab media landscape.

“We believe that Dubai is an ideal base for our new office as it is cosmopolitan and conducive to development. The Gulf and Middle East-focused Annahar Al Arabi platform will cover various issues of interest to the people of the Arab world,” added Tueni.

The #Dubai Media Council and Annahar Media Corporation today announced the establishment of the Dubai office of the ‘Annahar Al Arabi’. The announcement was made during a press conference held at the Dubai Press Club on Wednesday.https://t.co/bK8QnttheH pic.twitter.com/7Rao6bmQZa