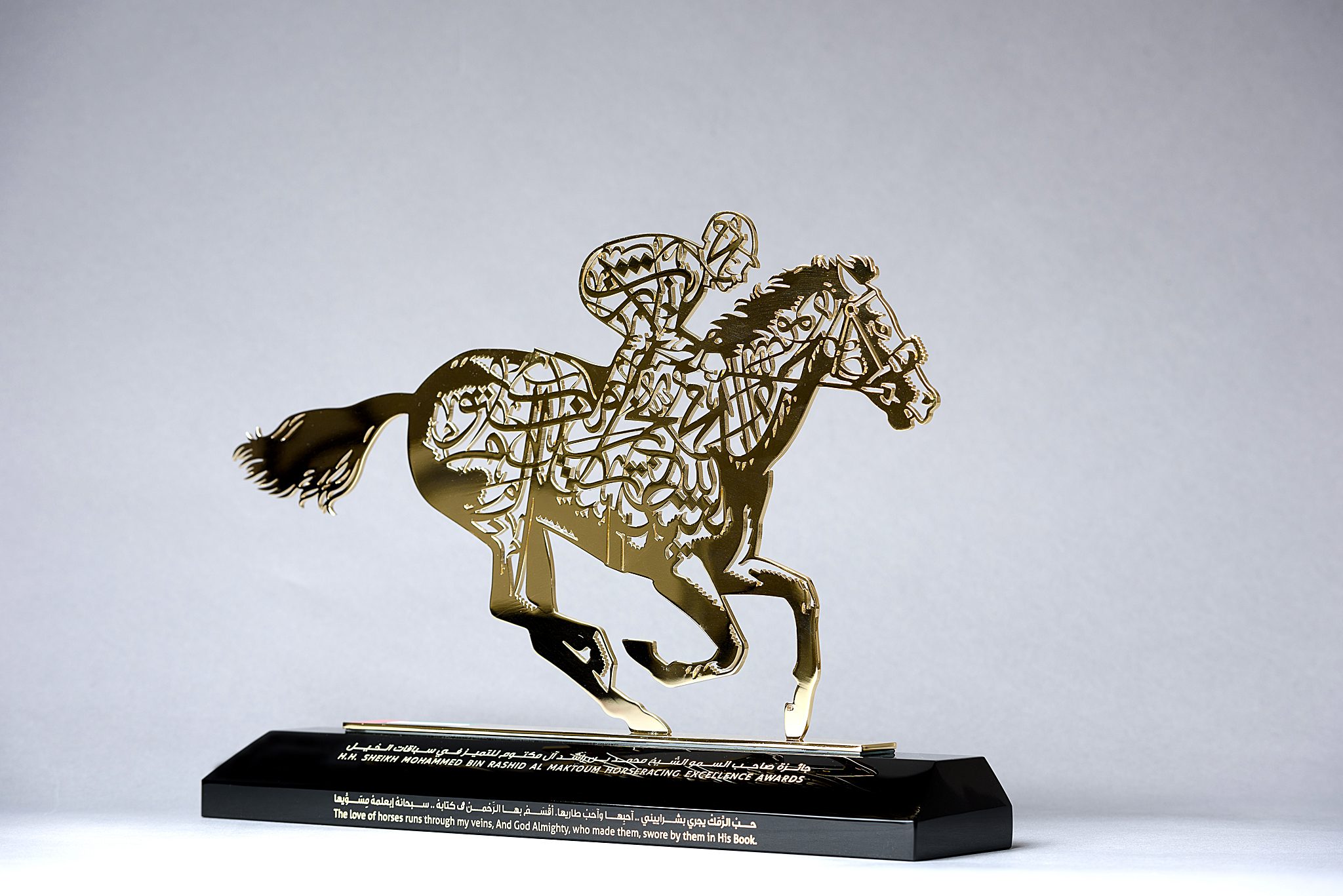 World stars Lord Glitters and Aero Trem have been shortlisted for the fifth edition of His Highness Sheikh Mohammed bin Rashid Al Maktoum’s Horse Racing Excellence Awards, which will be announced during ‘Super Saturday’ at Meydan Racecourse on 5 March.

The award, established in 2017, is created to recognise the best horses, jockeys, trainers and owners through an independent, data-driven process. In addition, there are two awards based on a public vote – the People’s Choice Award and the new Best Local Jockey category, which aims to recognise riders who have had an outstanding career in Dubai.

Nominees for the People’s Choice Award 2022 are:

From serious illness to multiple Grade I winner.

Shanghai Bobby’s six-year-old son, Aero Trem suffered a serious colic in 2019, losing 150kg of body weight. After champion Uruguayan trainer Antonio Zintra and his team got him back in good physical shape, he won three Grade 1 races at Maronas, culminating in a stunning victory over the best horses in South America in the G1 Longines Gran Premio Latinoamericano. The colt owned by Old Friends is currently in Dubai and will compete in the Saudi Arabian Cup and Dubai World Cup.

From near death to victory at Carnival

A nine-year-old gelding owned by Team Al Bait Mutawahed, Bochart suffered a serious injury in a horse crate on his way to a race in 2018. Recovered by the Zabeel Racing Stables team, the son of Dubawi won twice at the Dubai World Cup Carnival 2020 and now has eight wins from 44 starts in his career.

From French refusenik to Group 1 winner

Lord Glitters, who has been something of a breakaway in the mornings, has reached great heights since moving to trainer David O’Meare in 2017. Owned by Elwick Stud, the nine-year-old racer had a brilliant 2021, winning twice at Meydan Racecourse, including the G1 Emirates Jebel Hatta on Super Saturday. He ended the year with a Group 3 Bahrain International Trophy victory and has now returned to Dubai to compete in the World Cup Carnival.

Sarah Alqahtani is considered the first lady of horse racing in Saudi Arabia and has acted as an ambassador for the sport, including recently speaking at the Sheikh Mansour Festival Forum in Abu Dhabi. Alakhtani has worked as an assistant trainer to her father, Mohammed Khalid Alakhtani, a well-known trainer in Saudi Arabia, and as an assistant to another trainer, Fawaz Alhraban. Having obtained her trainer’s licence and become the first female trainer in Saudi Arabia, she runs a team of horses from her base in Al Janadria, near the King Abdulaziz racecourse.

The 2022 Award also invites fans to vote for their choice of the best local jockey.

The nominees are the top four jockeys of the 2020/21 UAE Jockey Championship season:

A record nine-time UAE champion jockey, Irish-born O’Shea has ridden more than 600 winners since he first arrived in the Emirates in 2001. Currently champion owner Khalid Khalifa Al Nabooda has retained the right to work as Bhupat Simar’s first jockey at Zabeel Stables. A two-time apprentice champion in Ireland, O’Shea also has a win at Royal Ascot on Ouqba in 2009 and a win at AF Maher in the 2019 Group 1 Dubai Kahayla Classic.

One of several top jockeys hailing from Sardinia, Antonio Fresu was an instant success when he arrived in the UAE in 2016, initially to work for trainer Erwan Sharpie. He is now the first jockey for former UAE champion trainer Musabbeh Al Mheiri, and the 30-year-old has had a momentous 2020-21 season, finishing second in the jockey championship with 32 winners and celebrating his first Group 1 racing success at the Zenden in Dubai Golden Shaheen.

French-born Fabrice Veron had his best season in the UAE in 2020-21, finishing third in the Jockey Championship with 28 winners. Most of these were won by trainer Eric Lemartinel, with whom he worked at the Al Asayl stable in Abu Dhabi. Veron has now returned to France and the highlight of his UAE career to date has been winning aboard RB Money To Burn in the first round of the 2020 G1 Maktoum Challenge.

One of the most experienced members of the weight class, Richard Mullen has been with the UAE since the early 2000s. He is currently the first jockey for His Highness Sheikh Ahmed bin Rashid Al Maktoum at Jebel Ali Stables and also competes for the powerful Al Asayl Arabian. A father of four, Mullen achieved the biggest success of his career in 2013 when he accompanied Reynaldotevisard to the G1 Dubai Golden Shaheen race at Meydan. In 2018, he also experienced success in a Group 1 race in North America as part of the Maktoum Challenge Round 3.

The public voting, which opened on 18 January, will end on 6 February.

Fans can vote for their favourites on the website of His Highness Sheikh Mohammed bin Rashid Al Maktoum Horse Racing Excellence Awards.

Global stars Lord Glitters and Aero Trem are among the nominees for the fifth edition of the His Highness Sheikh Mohammed bin Rashid Al Maktoum Horse Racing Excellence Awards, which will be announced during ‘Super Saturday’ at Meydan Racecourse on 5 March.https://t.co/S8YG5QMfvW pic.twitter.com/5ynwe5TFzc