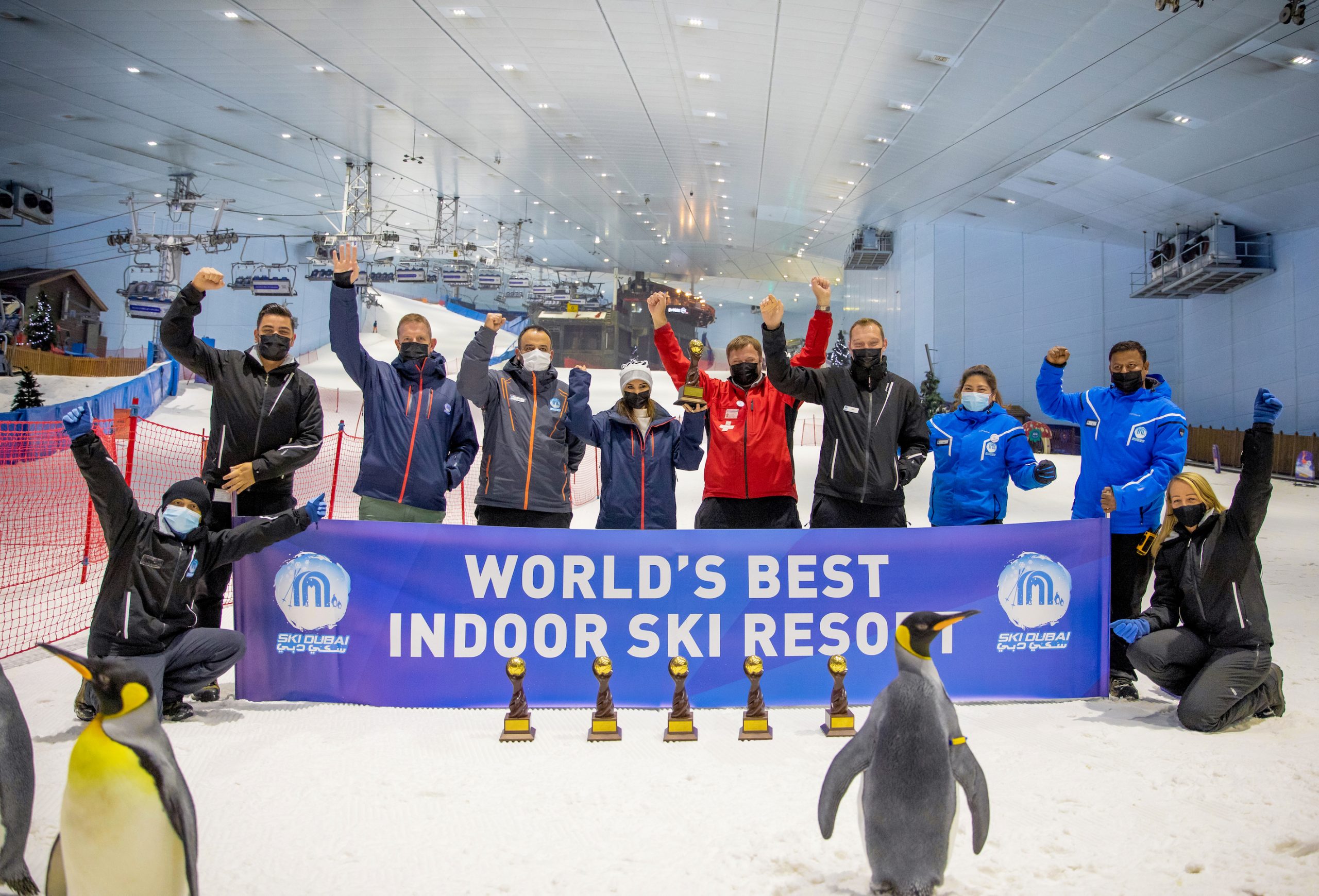 Majid Al Futtaim, the leading shopping mall, community, retail and leisure company in the Middle East, Africa and Asia, has announced that Ski Dubai has been named ‘World’s Best Indoor Ski Resort’ for a record six consecutive years. One of the emirate’s most renowned family attractions, Ski Dubai has been nominated among 10 internationally recognised indoor ski resorts in Egypt, Germany, China, Spain, Scotland, New Zealand and the Netherlands.

The award for Ski Dubai reaffirms that the emirate has become one of the world’s best cities to live and visit.  Ski Dubai is one of the key attractions highlighted by the #DubaiDestinations initiative, which is currently being implemented by Dubai Media Council to showcase the exceptional activities and experiences the emirate offers. The ski resort has contributed to Dubai’s reputation as a premier destination for family holidays and indoor sports.

The first indoor ski resort in the Middle East, Ski Dubai opened in 2005 and has quickly become one of the region’s most popular and iconic attractions. Over the past 15 years it has become a lifestyle brand and a world-class destination for locals, snow sports enthusiasts and tourists from around the world. In line with its commitment to innovation, Ski Dubai is constantly enhancing the guest experience and offers five ski slopes, a snow park for the whole family with a variety of activities and the hugely popular Penguin Encounter, home to a colony of King and Gentoo penguins.

Ski Dubai is also fuelling the huge growth in sports tourism in the region and promoting the culture of winter sports in the UAE with over 80,000 people being introduced to skiing and snowboarding every year. This state-of-the-art complex has also become a hub for international competitions that attract participants and spectators alike from all over the world and contribute to the development of the UAE’s tourism industry. In November, Ski Dubai hosted a series of races sanctioned by the FIS, the world governing body for Olympic skiing and snowboarding events, which resulted in five athletes qualifying for the Beijing Winter Olympics later this year.

Mohammad El Etri, vice president of Global Snow at Majid Al Futtaim Leisure, Entertainment & Cinemas, said: “I am incredibly proud that Ski Dubai has won the World’s Best Indoor Ski Resort category, especially considering the high calibre of the nominated ski resorts, including our sister brand Ski Egypt. The World Ski Awards is the ultimate award in global ski tourism, and the fact that it is voted for by the public makes this win even more special. We are a customer-focused brand, which has been key to our success, as well as our commitment to continuous development and innovation. The Ski Dubai not only allows guests to enjoy the snow in the heart of the desert but has also cemented its position as a globally recognised sports facility where athletes can realise their dreams of competing in the Winter Olympics.”

Launched in 2013, the World Ski Awards aims to raise standards in the ski industry and is the only global initiative to recognise, reward and encourage excellence in ski tourism. Voting is open to industry professionals, including senior executives, travel buyers, tour operators, agents and the media, as well as consumers of ski tourism.

.@MajidAlFuttaim announces that @Skidxb has garnered the distinction of the ‘World’s Best Indoor Ski Resort’ for a record-breaking 6 consecutive years at the prestigious World Ski Awards.https://t.co/jC4qkGajlS pic.twitter.com/d0k3MtSSMX