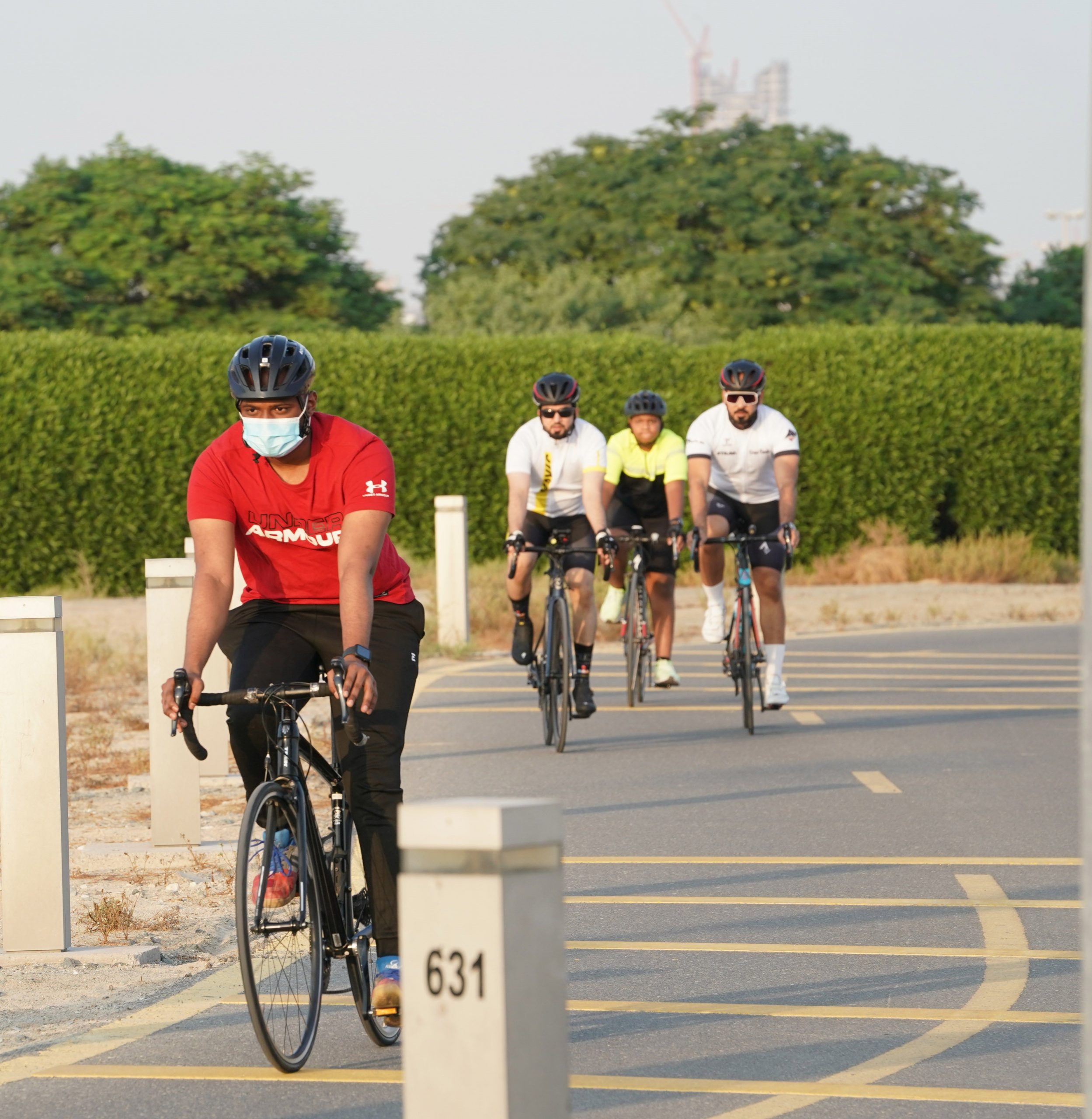 An example of this in the past few years has been the growth of cycling paths in Dubai, driven by a desire to become a cycling-friendly city and to offer professional cyclists and fitness enthusiasts the opportunity to practice the sport in a safe environment.

Dubai continues to promote cycling as an environmentally friendly mode of transport as part of its efforts to become the world’s lowest carbon footprint city. It also has comprehensive plans to expand the current 463km of bike lanes to 759km by 2026, in line with the Dubai 2040 urban master plan, launched by His Highness Sheikh Mohammed Bin Rashid Al Maktoum, Vice President and Prime Minister of the UAE and Ruler of Dubai, which aims to make Dubai the world’s best city to live in and improve the quality of life for citizens, residents and visitors.

During the cooler months of the year, the city’s state-of-the-art bicycle paths attract people of all ages and skill levels to take part in outdoor activities while taking in the stunning views of the city. The growing community of cyclists in Dubai has a variety of options from dedicated outdoor cycling paths for competitive training to recreational cycling paths.

Offering a one-of-a-kind outdoor experience, Dubai’s bicycle lanes are among the diverse attractions highlighted by the #DubaiDestinations initiative, recently launched by Dubai Media Council to showcase the exceptional events and activities the emirate offers.

Dubai’s newest cycle lanes are located in the heart of Expo 2020. More than 10km of bike lanes have been designed as part of the mega event to provide easy access to the area, in addition to 50km of shared walkways around the Expo 2020 Dubai bus stops. A total of 230 bikes placed at 23 stations can be ordered through the Careem Bike App, which was launched as part of a collaboration between Careem and the RTA. RTA has also developed more than 160 shaded bike stops throughout Expo 2020 Dubai.

Visitors to public parks can also pedal amongst the lush green landscape. Dubai Municipality has designed special bike lanes of 1.5km in Al Barsha Pond Park, 3km in Al Warqa 3 Park, 4km in Mushrif Park and 3.2km in Quranic Park. All these paths create a peaceful environment for families and children to cycle.

The municipality is also currently implementing 65 km of bicycle lanes in ten public parks to serve park visitors and encourage physical activity in the city, in line with the emirate’s vision to develop high-quality infrastructure projects that enhance people’s quality of life.

Dubai Municipality recently completed the first phase of a 50km mountain bike trail project in Mushrif National Park. Set amidst the park’s lush forest of 70,000 trees, the mountain bike trail was designed and built to the highest international standards, safety requirements and technical guidelines, taking into account the unique topography of the region. The first phase of the project, which has already been completed, covers 20 km.

Dubai’s world-class cycling infrastructure and facilities have also contributed to the city hosting a number of international sporting championships. These events attract professionals and sports enthusiasts from around the world each year, further enhancing the emirate’s position as a global event destination.