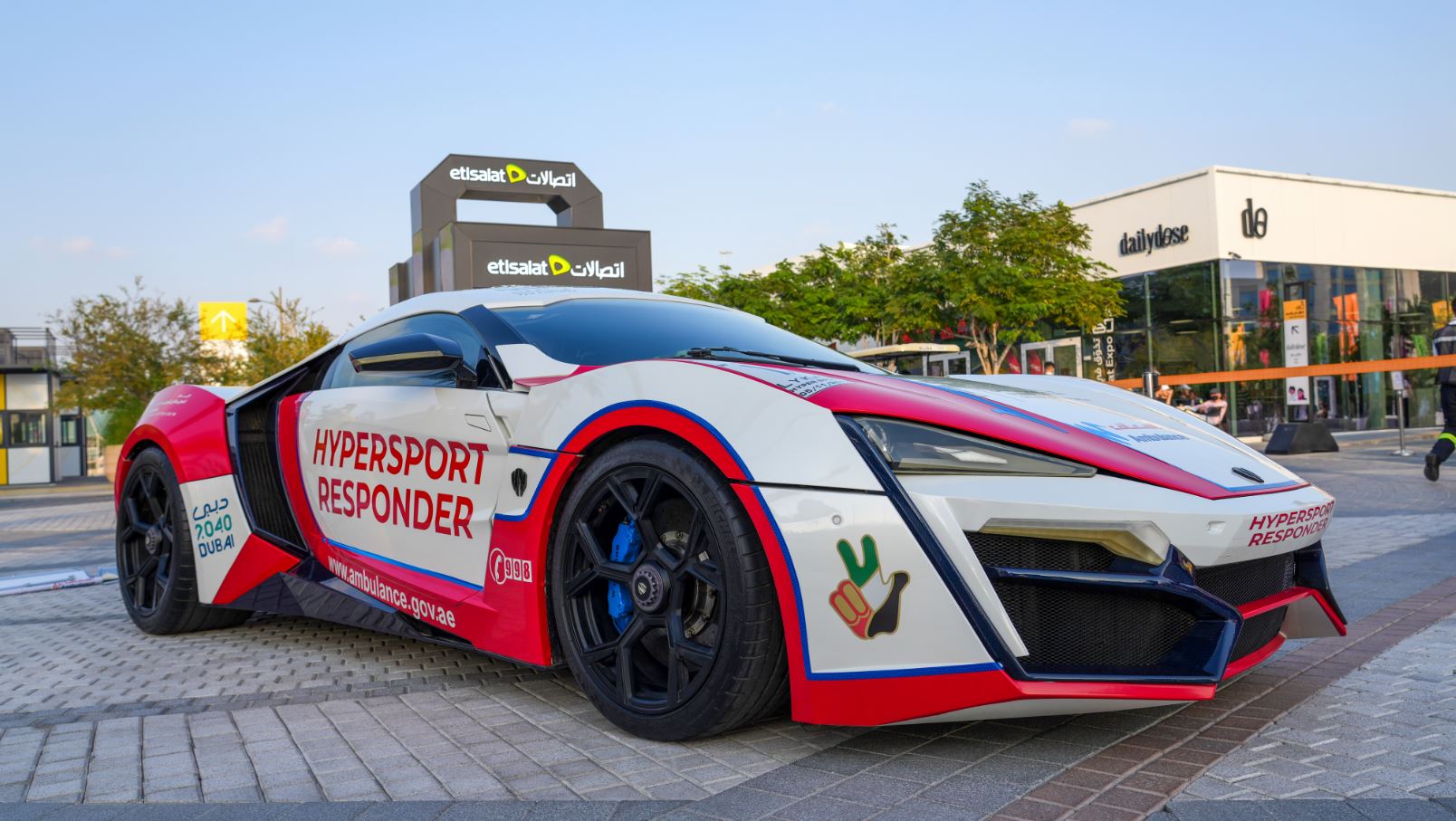 Dubai Ambulance Service Corporation (DCAS) presented HyperSport Responder, the world’s fastest and most expensive ambulance at Expo 2020 Dubai. Manufactured in the UAE, the Lykan HyperSport supercar is the creation of Dubai-based W Motors and is valued at AED 13 million.

One of only seven Lykan HyperSport cars in the world, “HyperSport Responder” accelerates from 0 to 100km/h in 2.8 seconds and reaches a top speed of 400km/h thanks to a 780bhp twin-turbocharged Porsche engine.

The car features 440 diamonds in the front LED headlights, the roof is covered in gold and the interior is upholstered in leather with gold stitching.

His Excellency Khalifa bin Darrai, CEO of Dubai Ambulance Services Corporation (DCAS), said: “Dubai has become synonymous with everything unique and first in the world. The launch of the HyperSport Responder reflects Dubai’s unique position as one of the world’s leading cities in innovation. The vehicle’s speed and capabilities can significantly reduce response times during emergencies and provide timely intervention.”

The supercar’s exterior is adorned with the slogan “Dubai is the world’s best city to live in” and the logo of DubaiDestinations, an initiative recently launched by Dubai Media Council to highlight the emirate’s unique experiences and activities. The high-performance vehicle will be a new attraction for visitors to Expo 2020 Dubai, the world’s largest cultural event.

The HyperSport Responder vehicle has a handcrafted carbon fibre body and is equipped with a host of futuristic features, including the world’s first 3D holographic in-air display with interactive motion control, satellite navigation and an internet-connected system.

The Lykan HyperSport vehicle first appeared in the Hollywood blockbuster Fast and Furious 7.

The ambulance is the latest addition to Dubai Ambulance Corporation’s fleet of 331 vehicles that cover different areas of the emirate, helping to provide the highest level of emergency response.

The #Dubai Corporation for Ambulance Services (DCAS) today unveiled the ‘HyperSport Responder’, the world’s fastest and most expensive ambulance responder, at @expo2020dubai.https://t.co/PQF9TmKtee pic.twitter.com/bkx837bZGm