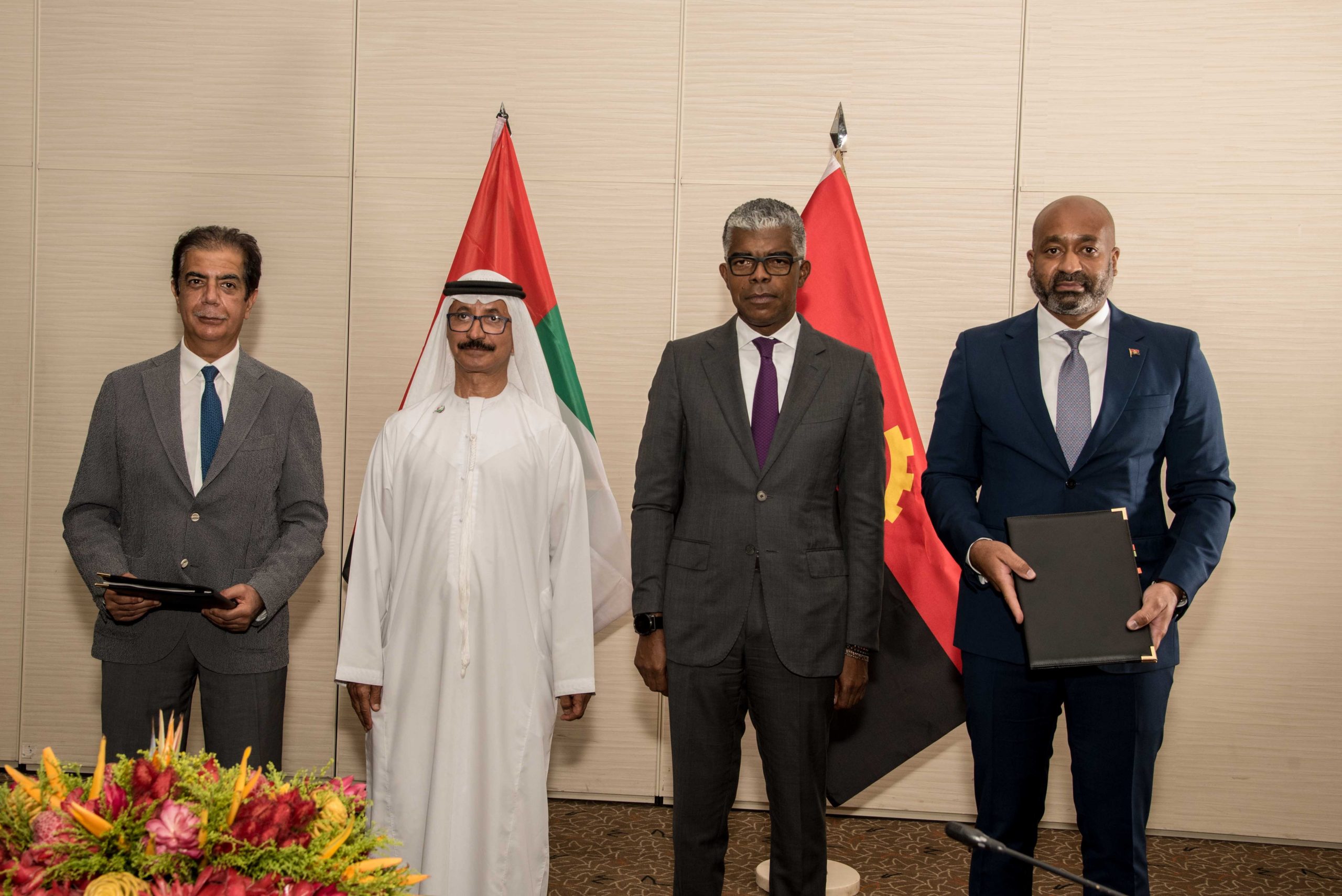 DP World, a leading provider of intelligent logistics solutions, and the Government of Angola have signed a Memorandum of Understanding (MoU) to collaborate to further develop the country’s trade and logistics sector.

The MoU was signed in Luanda by Eugenio de Lima Fernandes, National Director of Concession Economics, and Suhail Al Banna, CEO and Director of Development for the Middle East and Africa Region of DP World, in the presence of H.E. Dr Ricardo Viegas de Abreu, Minister of Transport of Angola, and Sultan Ahmed bin Sulayem, Chairman and CEO of DP World.

The memorandum of understanding paves the way for formal discussions between the two parties on cooperation in ports and terminals, special economic zones and logistics parks, cross-border trade facilitation, trade finance and maritime services, as well as logistics support in other commodity sectors.

DP World started operations at the Multipurpose Terminal (MPT) at the Port of Luanda on 1 March 2021 after being awarded a 20-year concession to manage, operate and upgrade the facility.

Since then, DP World Luanda has invested in new equipment and facilities, technology as well as staff development and training as part of an initial investment of USD 190 million to transform the terminal into a major marine hub on South Africa’s west coast.

Ricardo Viegas d’Abreu, Angola’s transport minister, said: “DP World is a strategic partner for Angola’s transport and logistics sector as it brings together the professionalism and skills needed to implement the concept of an integrated and sustainable economy with an efficient and effective supply chain. Through this partnership, it will be possible to promote and stimulate Angola’s industrial development as well as its cross-border and international trade.”

Sultan Ahmed bin Sulayem, chairman and CEO of DP World, said: “Alongside the multi-purpose terminal, there are huge opportunities to further develop and integrate the country’s logistics and trade infrastructure and generate additional economic benefits. The Angolan government has an ambitious plan to develop this sector, and under this MoU, our main objective is to find ways in which we can support the country to significantly maximise its strategic position and increase trade flows within the country and the surrounding region.”

Following the implementation of the IPT development and modernisation plan, the DP World Luanda team has tripled its operational efficiency within the first six months of starting operations.  The team has also succeeded in becoming the first terminal in the country to handle two large vessels simultaneously.

.@DP_World, the leading provider of smart logistics solutions, and the Government of Angola, today signed a Memorandum of Understanding (MoU) with the aim of cooperating to further develop the country’s trade and logistics sector.https://t.co/cbPvxB80eR pic.twitter.com/piEFzUfpBF