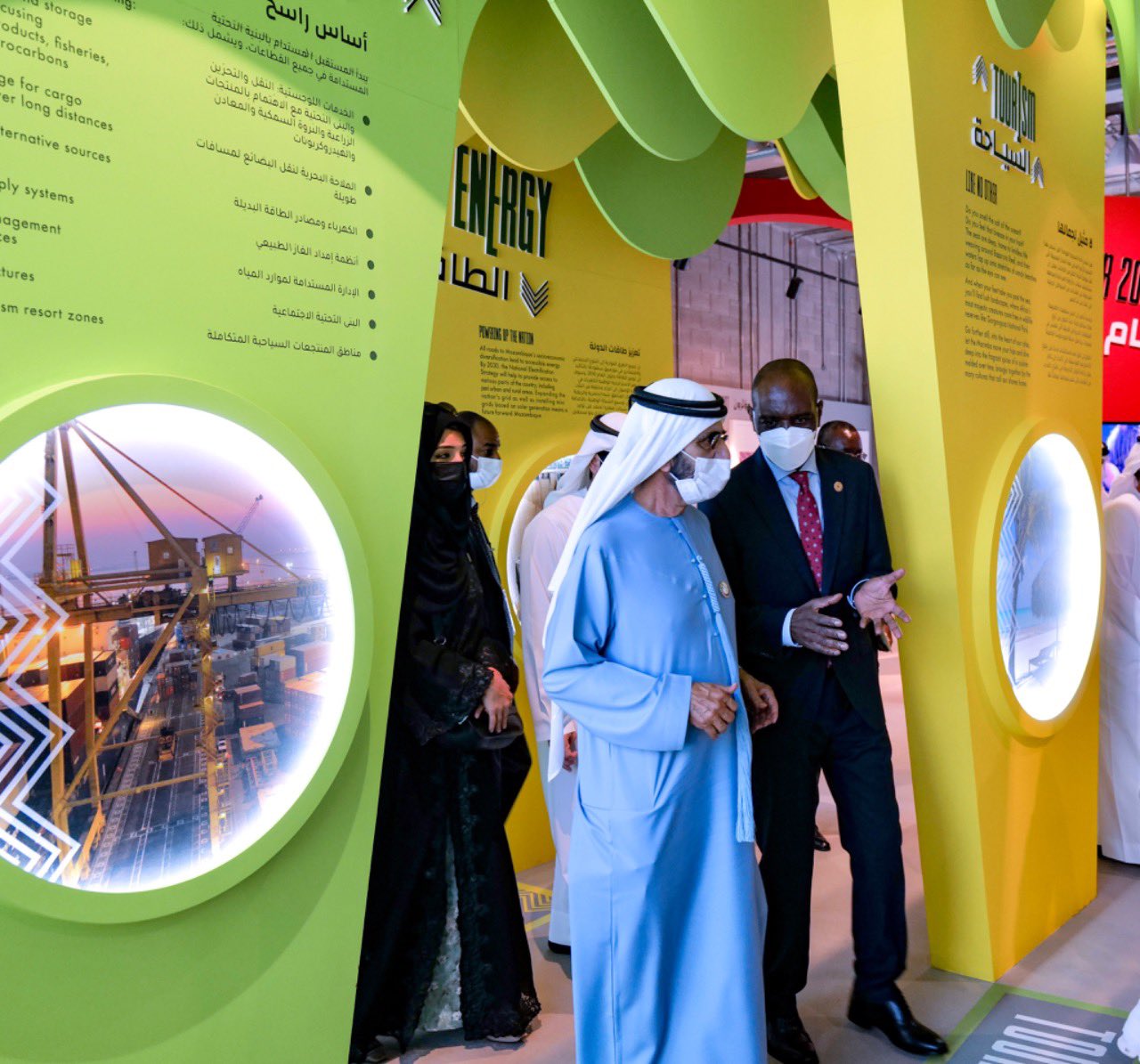 Mohammed bin Rashid meets with the Prime Minister of Mozambique

His Highness Sheikh Mohammed bin Rashid Al Maktoum, Vice President and Prime Minister of the UAE and Ruler of Dubai, today met with Prime Minister Carlos Agostinho do Rosario of Mozambique at the country’s pavilion at Expo 2020 Dubai. The meeting was attended by His Highness Sheikh Hamdan bin Mohammed bin Rashid Al Maktoum, Crown Prince of Dubai and Chairman of the Dubai Executive Council.

During the meeting, His Highness highlighted the strong bilateral relations between the two countries and their common desire to further strengthen cooperation in various vital areas.

The two leaders explored new opportunities for cooperation in key sectors, especially investment, to achieve the development goals of both countries.

The Prime Minister of Mozambique stressed the deep ties between the UAE and his country and thanked His Highness Sheikh Mohammed bin Rashid Al Maktoum for his warm welcome and hospitality. He also noted the strong relations between the leadership of both countries and their desire to take bilateral relations to a higher level.

The Prime Minister of Mozambique Carlos Agostinho do Rosario praised the exceptional organisation of Expo 2020 Dubai, which is being held for the first time in the Middle East, Africa and South Asia region. He said the mega event brings together people from all over the world to discuss ways to create a more prosperous future for humanity.