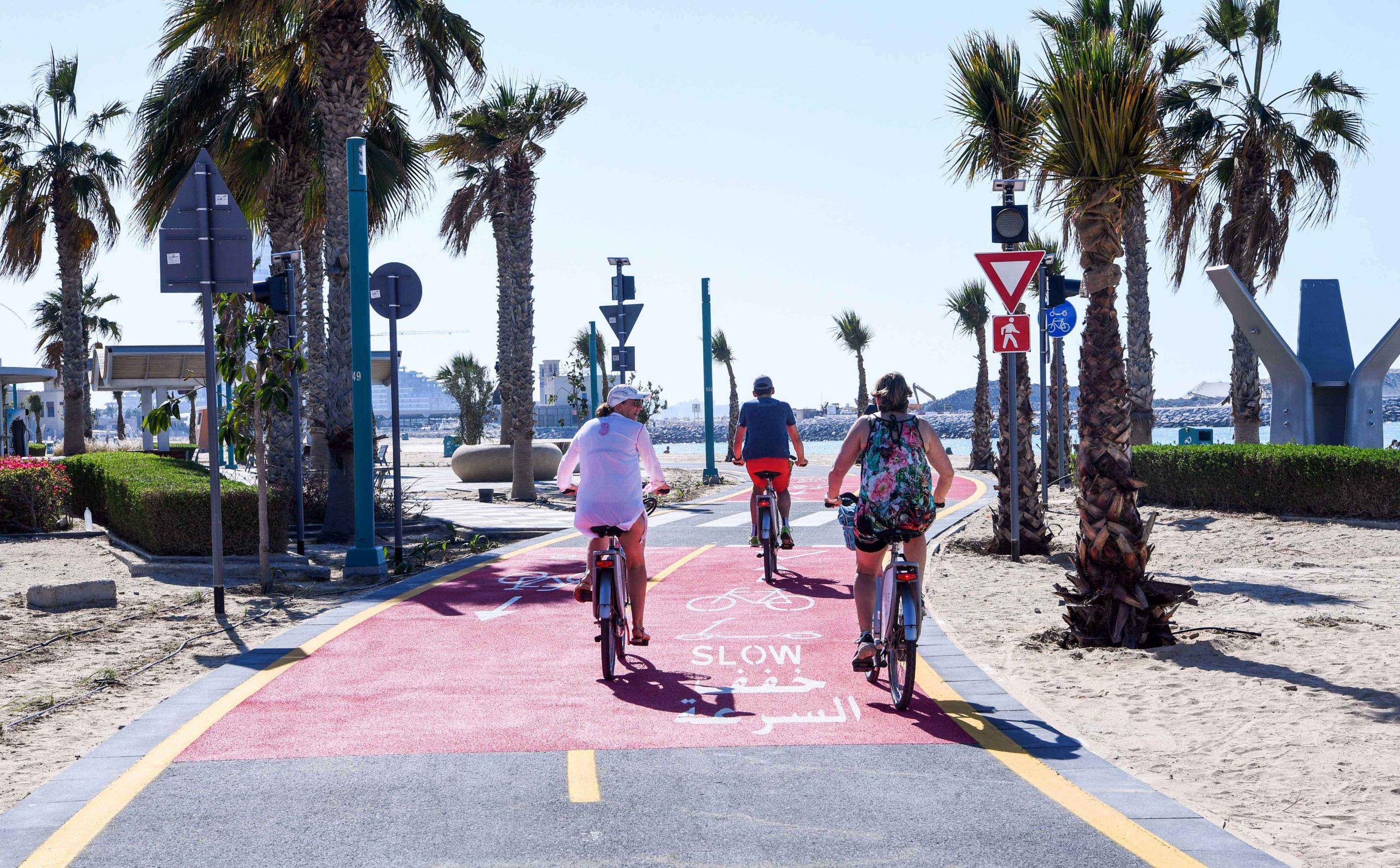 The Dubai Roads and Transport Authority (RTA) has opened a dedicated 16km cycle lane along Jumeirah Beach. It connects to the existing Jumeirah Street cycle lane near Dubai Water Canal, as well as to the lane on King Salman bin Abdul Aziz Al Saud Street near Dubai Internet City. It also connects to the existing cycling pathway network which extends 520km from Etihad Museum to Dubai Marina and passes through several locations in Dubai all the way to Al Qudra District.

The implementation of this project fulfils the vision of His Highness Sheikh Mohammed Bin Rashid Al Maktoum, Vice President, Prime Minister of the UAE, Ruler of Dubai, to improve the well-being of the city, make people happier and switch to sustainable modes of transport. The project echoes the instructions of His Highness Sheikh Hamdan Bin Mohammed Bin Rashid Al Maktoum, Crown Prince of Dubai, Chairman of the Executive Council, to make Dubai a cycling-friendly city, which entails providing suitable options to encourage people to cycle. Overall, the project contributes to Dubai’s 2040 urban plan to make Dubai the best city to live in the world.

“The Jumeirah Beach Cycle Path is a quality addition to the portfolio of projects being implemented by the Dubai government to encourage sport and recreation, which will enhance the emirate’s quality of life. It promotes accessibility between development projects and attractions, especially for mid-range, first and last mile trips,” said H.E. Mattar Al Thayer, Director General, Chairman of the Roads and Transport Authority Board of Executive Directors.

“The track serves several hotspots along Jumeirah Beach such as Sunset Mall, Open Beach, Dubai Sailing Club, Kite Beach, Umm Suqeim Park and Burj Al Arab. The public can use the track for cycling practice along the beach, where there are plenty of service facilities. They can also take advantage of the bike sharing services available at Sunset Mall, Al Manara Mosque and Umm Suqeim Park. The speed limit set for this track is 20km/h and it is classified as part of the mobility, sports and entertainment tracks,” explained Al Thayer.

“The design, construction and setting of speed limits for cycle paths comply with leading international standards and technical guidelines. They are also adapted to the nature of the terrain and the classification of the paths. These lanes encourage residents and visitors to take up cycling, so that it will become an alternative and sustainable means of transport that will serve the ‘first and last mile’ strategy,” Al Thayer concluded.