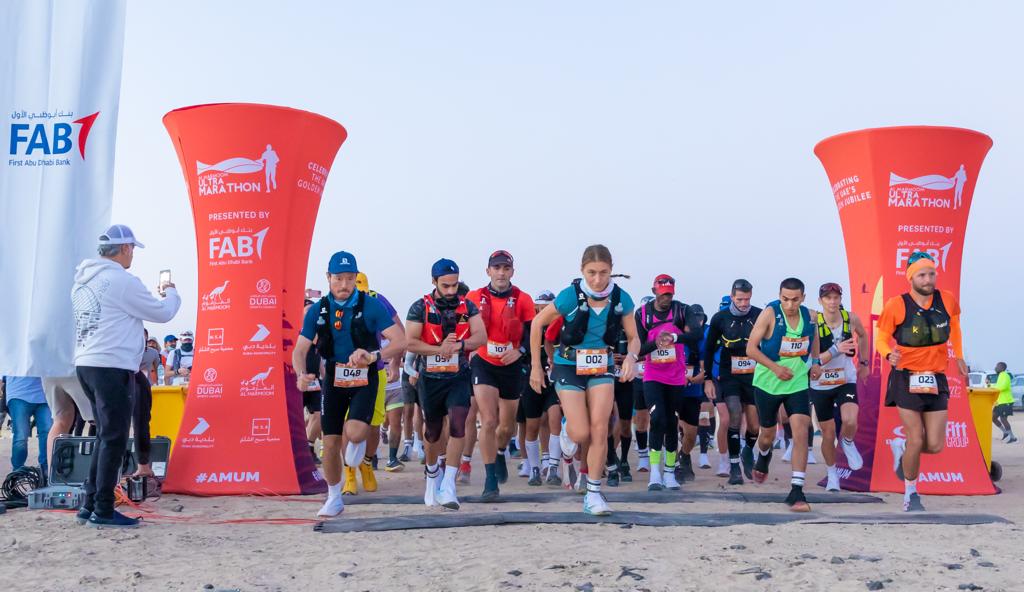 The Al Marmoom Ultra Marathon, organised by FittGROUP in collaboration with the Dubai Sports Council, ended on Saturday with some of the world’s strongest long distance runners taking part.

The two endurance races, which started from Expo 2020 Dubai Lake at Al Marmoom Desert Conservation Reserve, a key event of the #DubaiDestinations initiative, attracted 430 participants from more than 40 countries.

In the soft sand 5km race, Kenyan Paul Komo finished first in the men’s category with a time of 22:30, followed by the UAE duo of Mohammed Al Hasani who finished second in 23:22 and Ibrahim Al Shamsi who finished third in 26:05.

In the women’s 5km category, Hungarian Ari Becker took first place with 35:36, followed by Hoshi Makrans with 36:19 and Greta Trippi with 37:25.

Many competitors came from outside the country to take part in the race from countries such as Great Britain, Germany, Malta, Uruguay, Serbia, Russia, Kenya, Czech Republic and Uzbekistan.

The number of participants in the 50km race reached 110, including 91 men and 19 women, while the 5km race saw 320 participants, including 255 men and 65 women. Among the participants were 120 students of Zayed Military College.

At the end of the race, participants of the Al Marmoom Ultra Marathon took part in the planting of 120 Gaf trees around Expo 2020 lake to contribute to a lasting legacy.

The ultramarathon sheds light on Al Marmoom Desert Conservation Reserve as an eco-friendly sports hub and a unique sports tourism destination. The reserve is also among a variety of attractions that are highlighted as part of the #DubaiDestinations initiative launched by Dubai Media Council to showcase the exceptional experiences the emirate has to offer.

The Al Marmoom Ultramarathon, organised by FittGROUP in collaboration with @DubaiSC, concluded on Saturday with the participation of some of the world's most powerful long-distance runners.https://t.co/3Cm6fi2OdV pic.twitter.com/2INRgDdWWP