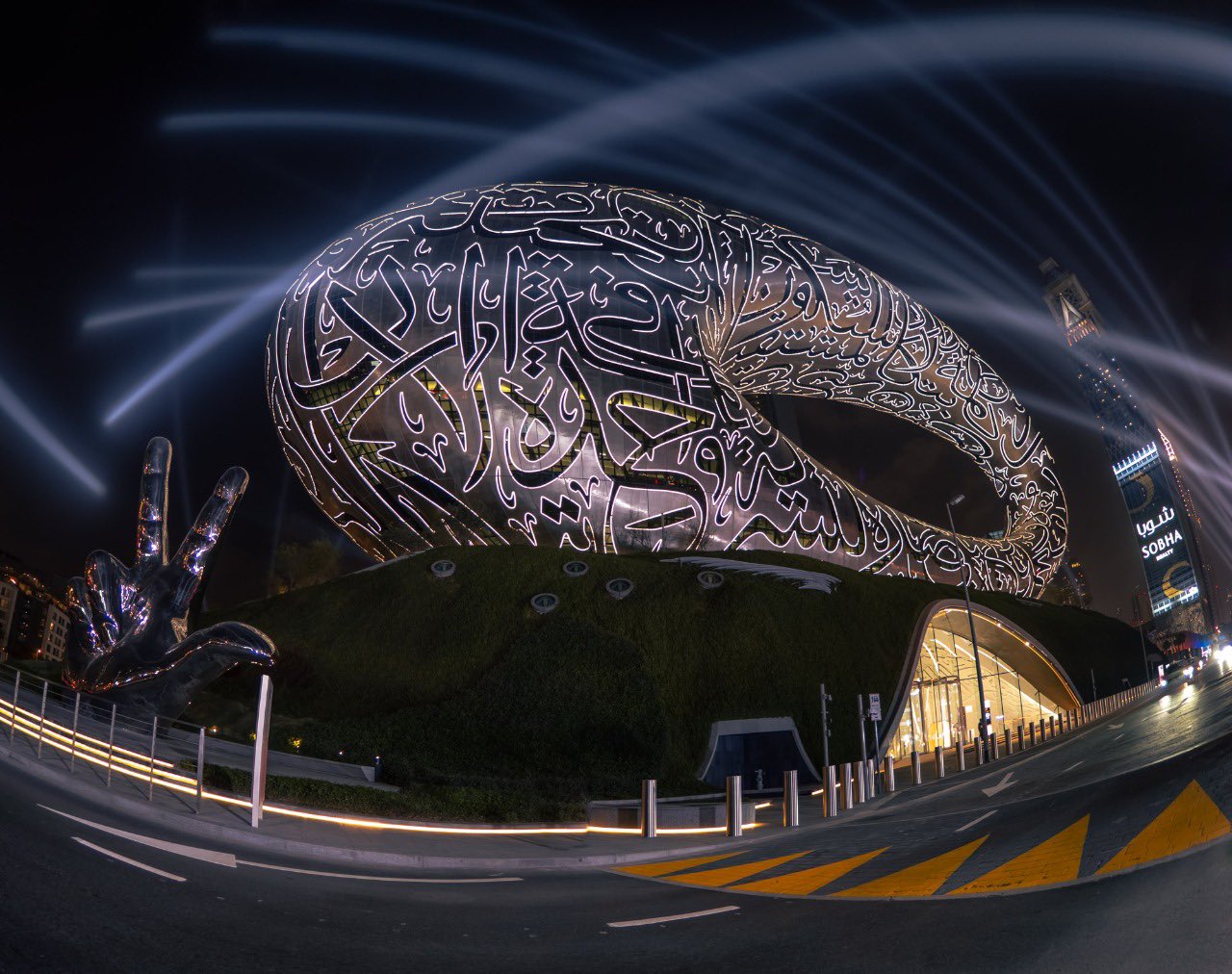 The Museum of the Future opens its doors

His Highness Sheikh Mohammed bin Rashid Al Maktoum, Vice President and Prime Minister of the UAE and Ruler of Dubai, today inaugurated the Museum of the Future, a significant new landmark in Dubai, officially opening its doors to the world with a new message of hope for all humanity.

This 77-meter-high architectural marvel will be the region’s largest platform for exploring, seeing and designing the future. It is a new scientific and intellectual center where the brightest talents in science, technology, research and innovation will come together to find solutions for tomorrow’s world.

During the opening ceremony, His Highness Sheikh Mohammed said: “The Museum of the Future is a message of hope… a global scientific platform… and a comprehensive institutional framework for shaping a better future for all of us.”

His Highness continued: “It embodies an active human imagination and an Emirati will that continues to transcend the world. The museum will be a forum for great minds, scientists, thinkers and experts from around the world.”

Deploying futuristic exhibitions, the Museum of the Future is a remarkable addition to the world’s most important landmarks and icons. It is considered an architectural masterpiece second to none because of its groundbreaking engineering design, ahead of its time.

It will also be an incubator for the world’s talents, scholars, thinkers and researchers to bring their bold ideas and visions for the future to life. The museum will launch new initiatives in science and technology to strengthen the UAE’s knowledge base to further accelerate scientific development.

Architecturally, the museum is an engineering marvel. It is the most streamlined building in the world, with no sharp corners in its external structure. Its height reaches 77 meters, and the use of new tools and technologies redefines modern architecture.

The museum is considered one of the most complex architectural projects in the world. It was built using the “parametric design” model, a three-dimensional technology based on advanced technical design that works by entering data and parameters of the building being designed.

The museum’s stainless steel façade consists of 1,024 panels over an area of 17,600 square meters. For the first time in the region, the facade panels were fabricated using automated robotic arms, with each panel consisting of 4 layers and requiring a 16-step manufacturing process. Each panel was installed separately, and the installation period for the exterior façade lasted more than 18 months.

The museum is accessed by two bridges, the first extending 69 meters to the Jumeirah Emirates Towers buildings and the second connecting it to the Emirates Towers metro station 212 meters away. The museum is powered by 4,000 megawatts of electricity generated by solar panels connected to the museum.

The facade of the Museum of the Future is lit by 14,000 meters of light lines and decorated with inspirational quotations from His Highness Sheik Mohammed’s poetry written in Arabic calligraphy, making it the only building in the world whose entire facade is decorated with calligraphy art.

The Emirati artist Mattar bin Lahej has created the sayings of His Highness Sheikh Mohammed in Tuluth script that reflects nobility, originality and permanence, knowing that this script is one of the most used Arabic scripts in artistic expression due to its timeless aesthetic.

In addition, the museum seeks to create a network of partnerships with major scientific and research institutions and centers of the world to conduct and promote in-depth dialogues about future trends shaping various developmental, economic, scientific, technological and humanitarian sectors.

The Museum of the Future consists of three main elements: the hill or plateau on which the building rises, the exterior design of the building, and the museum’s exhibits.

The Museum of the Future offers visitors a fascinating journey that takes them to the year 2071, coinciding with the UAE’s founding centenary. The journey takes visitors from the universal to the personal sphere, based on an approach that emphasizes the importance of the human connection to the universe in a relationship of mutual influence and promotes the principle of the role of each individual in shaping the future.

.@HHShkMohd: Today we launched a new global landmark in science, innovation and futuristic thinking. The Museum of the Future is the Most Beautiful Building on Earth. pic.twitter.com/8RGGj34Wh3