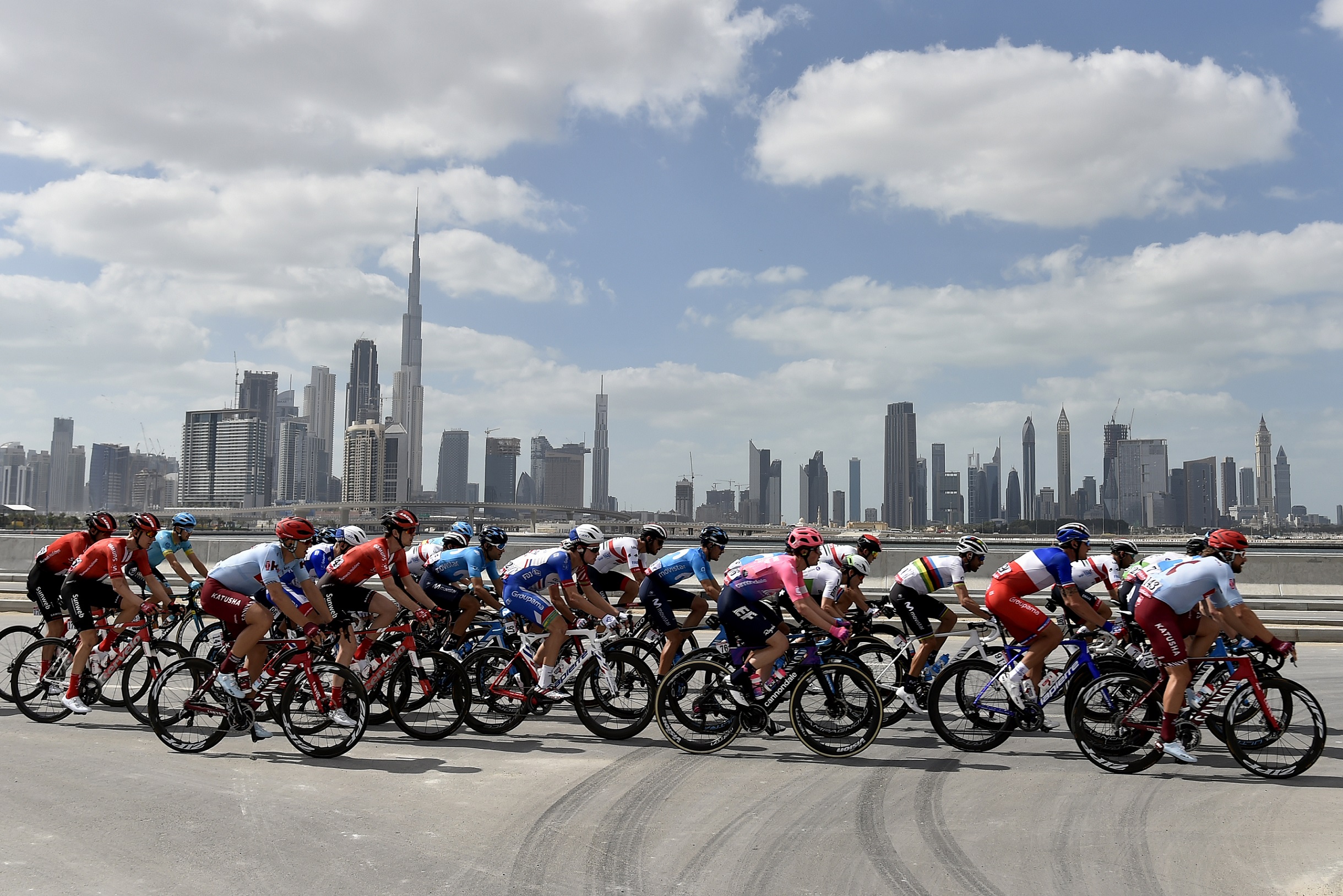 UAE Tour comes to Dubai for penultimate stage on Friday

Expo 2020 Dubai will take center stage on Friday when the only UCI WorldTour race in the Middle East, the UAE Tour, comes to Dubai for its sixth and penultimate stage, which will start and finish on the Expo grounds.

The 180-kilometer Expo 2020 Dubai Stage will take 140 cyclists through the streets of Dubai, past glittering landmarks. The stage will start from Expo 2020 Dubai and go through locations such as Dubai Sports City, Silicon Oasis Meydan Racecourse, Palm Jumeirah and Jumeirah Islands before returning to Expo 2020 Dubai for a sprint finish. The race will showcase some of Dubai’s biggest landmarks such as Ain Dubai and the Museum of the Future.

The 30th ATP Dubai Duty Free Tennis Championship will also conclude this weekend, and fans of Novak Djokovic will be hoping the five-time Dubai champion makes it to the end and hoists a magnificent trophy in dhow form.

Sunday will also bring down the curtain on the 2022 World Para Archery Championships, which began Feb. 19 at the Dubai Club for the Purposeful People. More than 225 of the world’s top Paralympic archers, representing 41 countries, are competing in the world’s biggest archery championships.

The final qualifying tournament for the 2021 Rugby World Cup is also taking place in Dubai, at The Sevens Stadium. Colombia, which defeated Kazakhstan 18-10 on Feb. 19 here in Dubai, will play Scotland on Friday for the last remaining spot in New Zealand 2021, which runs from Oct. 8 to Nov. 12, 2022.

.@expo2020dubai will take centrestage on Friday 25 February, as the Middle East’s only UCI WorldTour race, the @UAE_Tour, comes to #Dubai for the sixth and penultimate stage, which will start and finish at Expo.https://t.co/C3lroYTdAS pic.twitter.com/XXVXDNaoOB