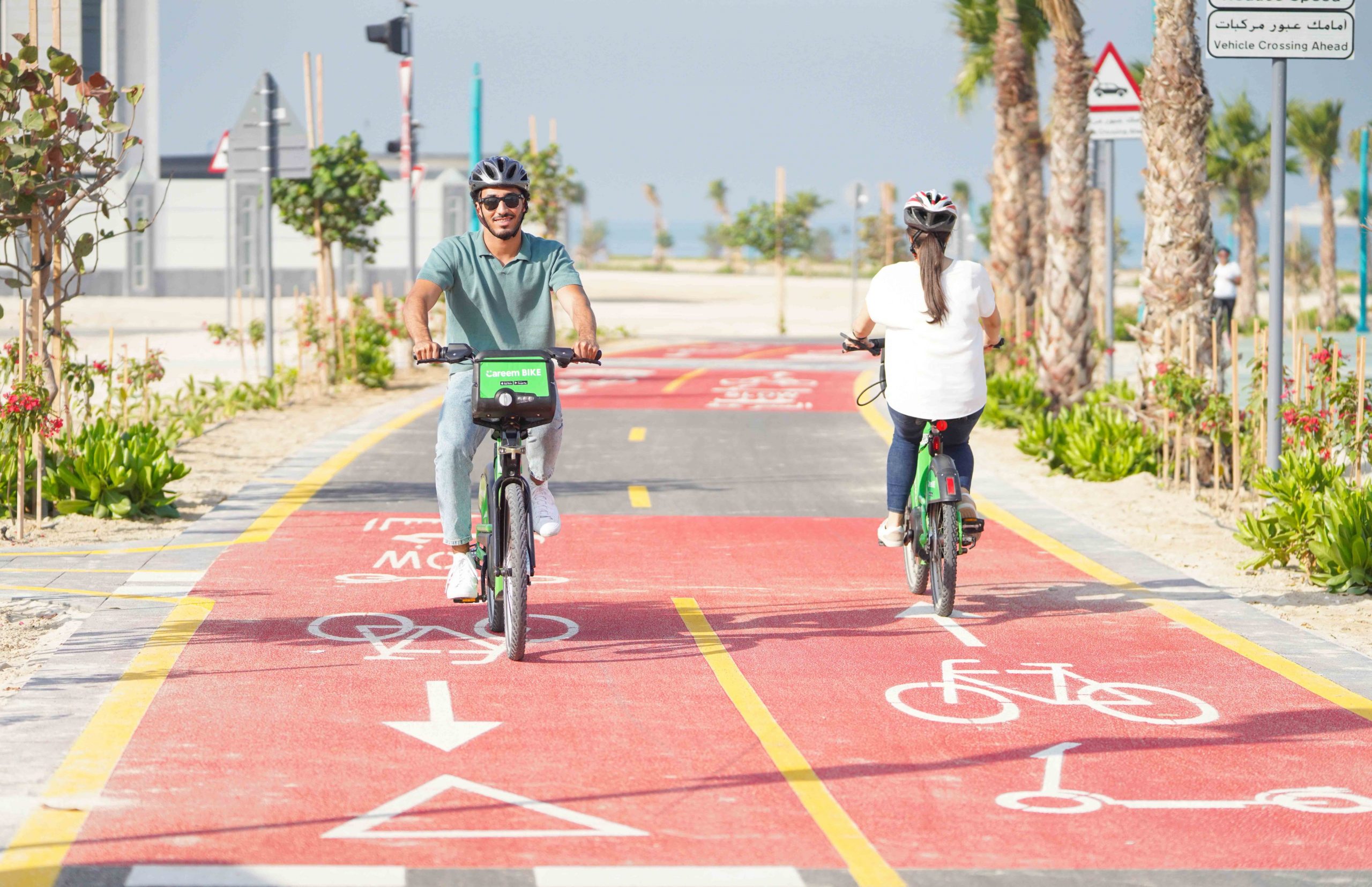 The Dubai Roads and Transportation Authority (RTA) and Careem have launched the second phase of the bike-share service, adding 950 pedal-powered e-bikes (pedal-driven and kinetic energy bikes) and 95 stations, bringing the total number of bikes in Dubai to 1,750 bikes at 175 stations. The move is part of a multi-phase program to deploy 3,500 bikes at 350 docking stations across Dubai.

His Excellency Mattar Al Tayer, CEO and Chairman of the Board of Executive Directors of the Roads and Transportation Authority, expressed his admiration for the tremendous success of the joint venture between the RTA and Careem to introduce bike-sharing service in Dubai. Al Tayer also expressed satisfaction with the growing habit of bicycling as a sport and the use of bicycles as an alternative and sustainable means of transportation, which contributes to the “first and last mile” strategy.

The bike rental service promotes sustainable development in Dubai and encourages residents and tourists to cycle on the 527 kilometers of bike lanes located throughout Dubai. It also supports the RTA’s efforts to promote mass transit integration by encouraging flexible, car-free travel and integrating it safely with everyday means of transportation. In this way, it serves the overall goal of reducing the use of personal vehicles and switching to other, more environmentally friendly means of transportation. The move will support the Dubai government’s efforts to reduce energy consumption and pollution, provide a healthier and happier environment, and short-distance (first and last mile) services to help public transportation passengers reach their final destinations.

Bassel Al-Nahlaoui, managing director of mobility at Careem, said: “We are expanding Careem BIKE in response to the incredible demand we are seeing for micro-mobile transportation across the UAE. More and more people are choosing to commute by bicycle, for work or leisure, and we are incredibly proud that Careem BIKE is doubling in size and becoming the world’s first bicycle-providing initiative. This effort will drive the transition to sustainable transportation.”

Careem uses sophisticated smart systems to track and predict locations with high traffic congestion. The company has also implemented solar-powered bike docks and manages rentals through the Careem BIKE app, which allows customers to unlock bikes by scanning a QR code on the bike or entering a 5-digit code from the app on the dock.

Residents and tourists can use the bikes through the Careem BIKE app and by purchasing a daily, weekly, monthly or annual Careem BIKE subscription.

The service covers many busy areas such as Marina, Jumeirah Beach, JLT, The Greens, Dubai Canal, Dubai Media, Downtown Dubai and Al Qudra as well as safe streets in Al Karama and Al Mankhool. RTA has set a speed limit for bicycles in the emirate at 30 km/h on designated amateur bicycle lanes and 20 km/h on private paths or paths shared with pedestrians within urban areas. On training and professional paths, such as the Al-Qudra cycle track, the speed is not limited, as part of the RTA’s focus on pedestrian and cyclist safety.