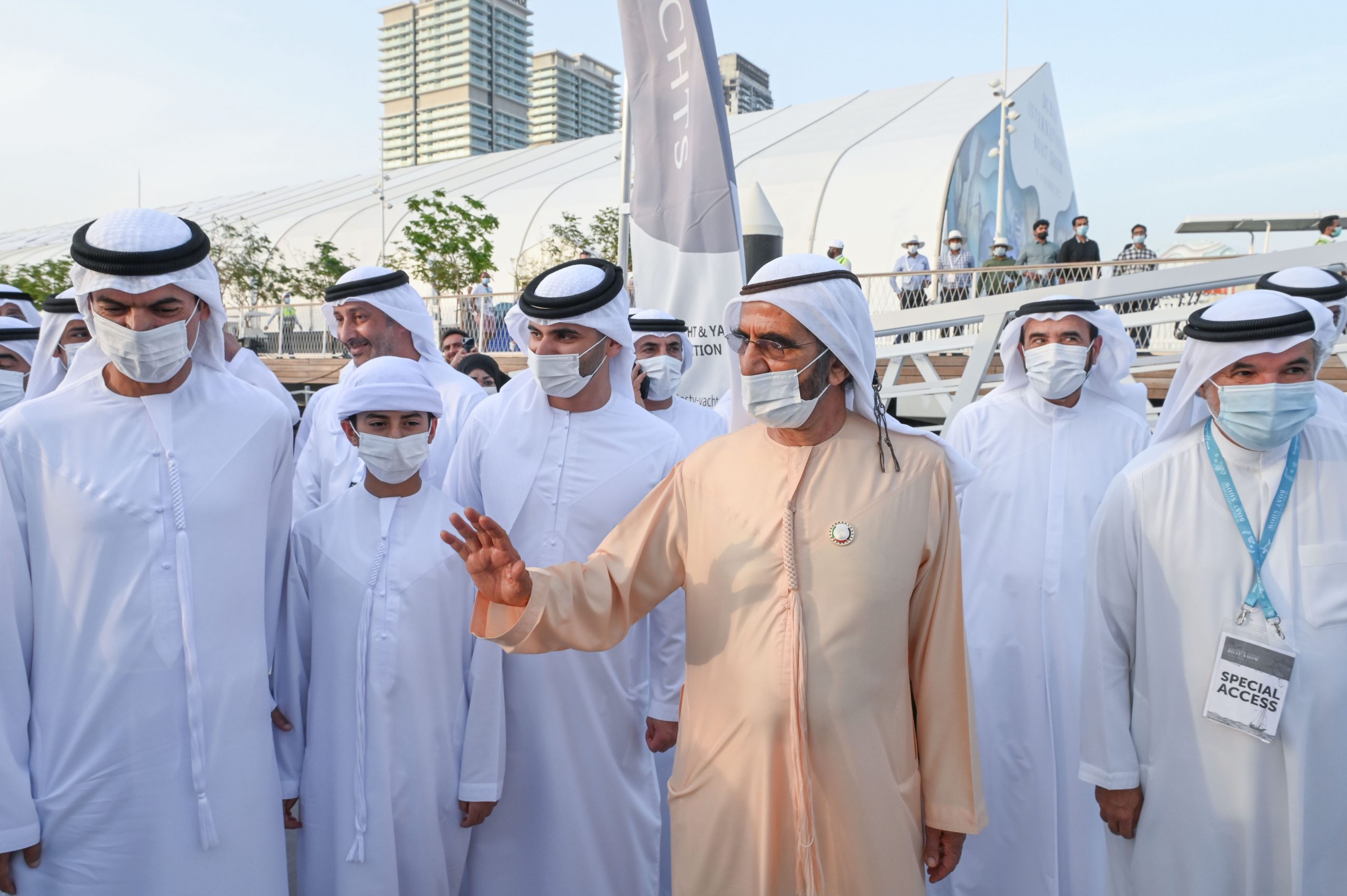 His Highness Sheikh Mohammed bin Rashid Al Maktoum, Vice President and Prime Minister of the UAE and Ruler of Dubai, visited the Dubai International Boat Show, one of the three most influential boat shows in the world, today.

His Highness Sheikh Mohammed bin Rashid said: “The country’s rich seafaring heritage and historical advantages, combined with the vision of our founding fathers, have driven the development of world-class maritime infrastructure. This infrastructure has driven many world-class projects and has led to the country becoming a leading player in various global sectors, including trade, tourism, leisure and hospitality.

The organization of one of the world’s most influential boat shows is yet another example of our determination to make Dubai a global maritime destination and a center of excellence in various sectors. Today Dubai is the yachting capital of the world and the preferred destination for yacht owners, charters and cruise travelers from around the world.”

The 28th edition of the Middle East Maritime Exhibition, featuring more than 800 brands, has been praised for its positive impact on the global maritime sector and reuniting the industry after a long period of separation. It showcases Dubai Harbour’s capabilities as a dedicated superyacht marina and reinforces Dubai’s global reputation as a world-class maritime destination.

His Highness and other dignitaries visited Gulf Craft, which marked the opening day of the event with the launching of two new yachts.