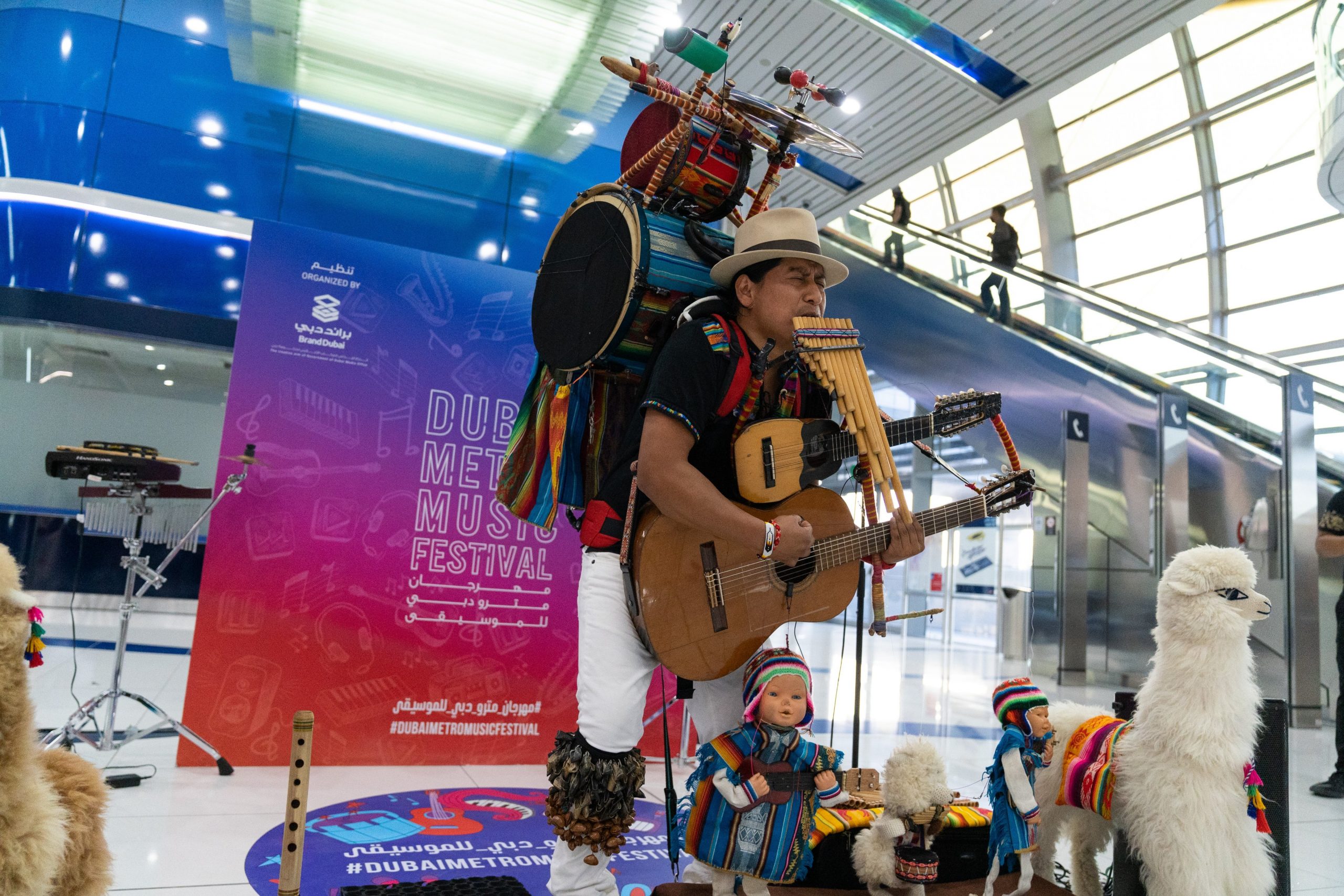 Jose Luis Picuasi Torres, one of the musicians participating in the second edition of the Dubai Metro Music Festival, has mesmerized passengers with his one-man-band show.

The Ecuadorian musician, known for his unique Andean and contemporary musical performances on the streets of Brussels, performs using a variety of traditional instruments attached to his body, including a drum he carries on his back, a guitar, brass instruments, a charango, a tambourine and a chajcha, an instrument similar to a bell that wraps around his legs. As he performs, he is accompanied by two puppets and a stuffed animal that move to the beat of his beats, as well as an alpaca fur toy that serves as his companion. Through the simultaneous coordination of various instruments, Torres manages to create several rousing tunes to entertain his audience.

The 42-year-old self-taught musician, who previously appeared on “Spain’s Got Talent,” says he enjoys playing music that highlights his culture and what it represents. “I always like to see people smiling when I share my music,” Torres says.

Torres has previously performed with his one-man-band show in countries such as Belgium, France, the Netherlands, Germany, Great Britain, Italy, Portugal, Spain, as well as Japan and South Korea.

Music fans will be able to see Torres perform in five metro stations, including Expo 2020, Jebel Ali, Mall of the Emirates, Burjuman and Union. The Dubai Metro Music Festival, organized by Brand Dubai, the creative arm of the Dubai government’s media office, in cooperation with the Roads and Transportation Authority, will take place from March 16 to 22 and will feature an eclectic lineup of 20 local, regional and international musicians.