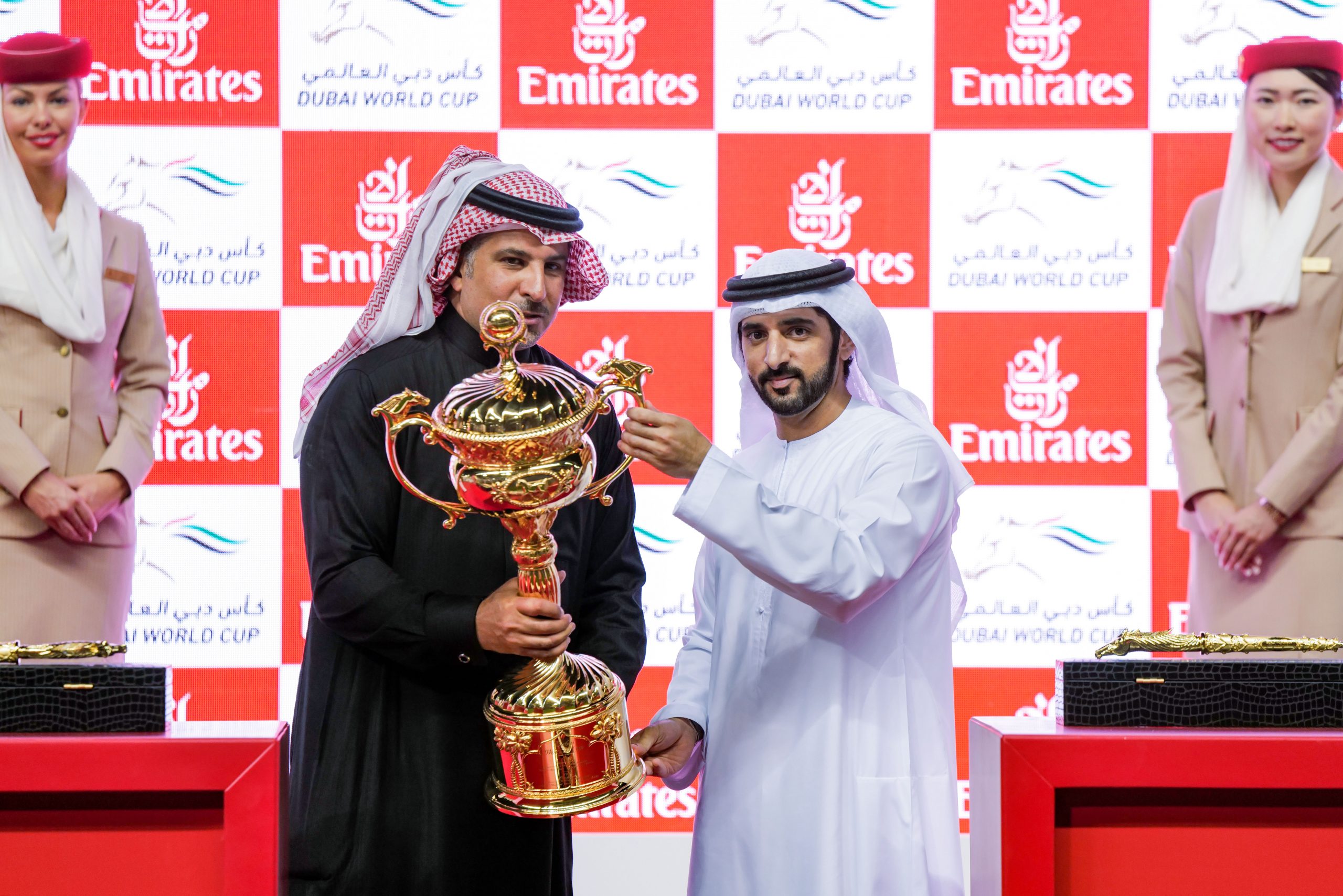 Speaking on the occasion, His Highness Sheikh Mohammed bin Rashid Al Maktoum stressed that the UAE is becoming a leading venue for international meetings in various fields and a center for equestrian sports and events. His Highness noted the UAE’s significant progress and development over the past 50 years in various fields, including equestrianism, which is an integral part of the UAE’s and the Arabian Peninsula’s heritage.

“The Dubai World Cup has become one of the largest and most anticipated events in the equestrian world. Over the years, it has attracted the sport’s most elite professionals and left a significant mark on the equestrian world,” said His Highness. “This edition of the Dubai World Cup is a time to celebrate the UAE’s prominence around the world as a leading venue for renowned equestrian championships,” Sheikh Mohammed added.

His Highness oversaw the racing of the 26th edition of the Dubai World Cup, which attracted the best racehorses, trainers and jockeys from around the world and over 60,000 spectators. The total prize pool for the race was $30.5 million, keeping the Dubai World Cup as one of the richest nights in horse racing.

During the event, His Highness Sheikh Hamdan bin Mohammed bin Rashid Al Maktoum, Crown Prince of Dubai, crowned Country Grammer of Zedan Racing Stables Inc. the winner of the prestigious $12 million Dubai World Cup Group 1 race sponsored by Emirates Airline. Country Grammer was ridden by Frankie Dettori and trained by Bob Baffert, who has won more Dubai World Cup than any other American trainer. The 2,000-meter race pitted some of the best horses competing on dirt roads against each other’s hooves.