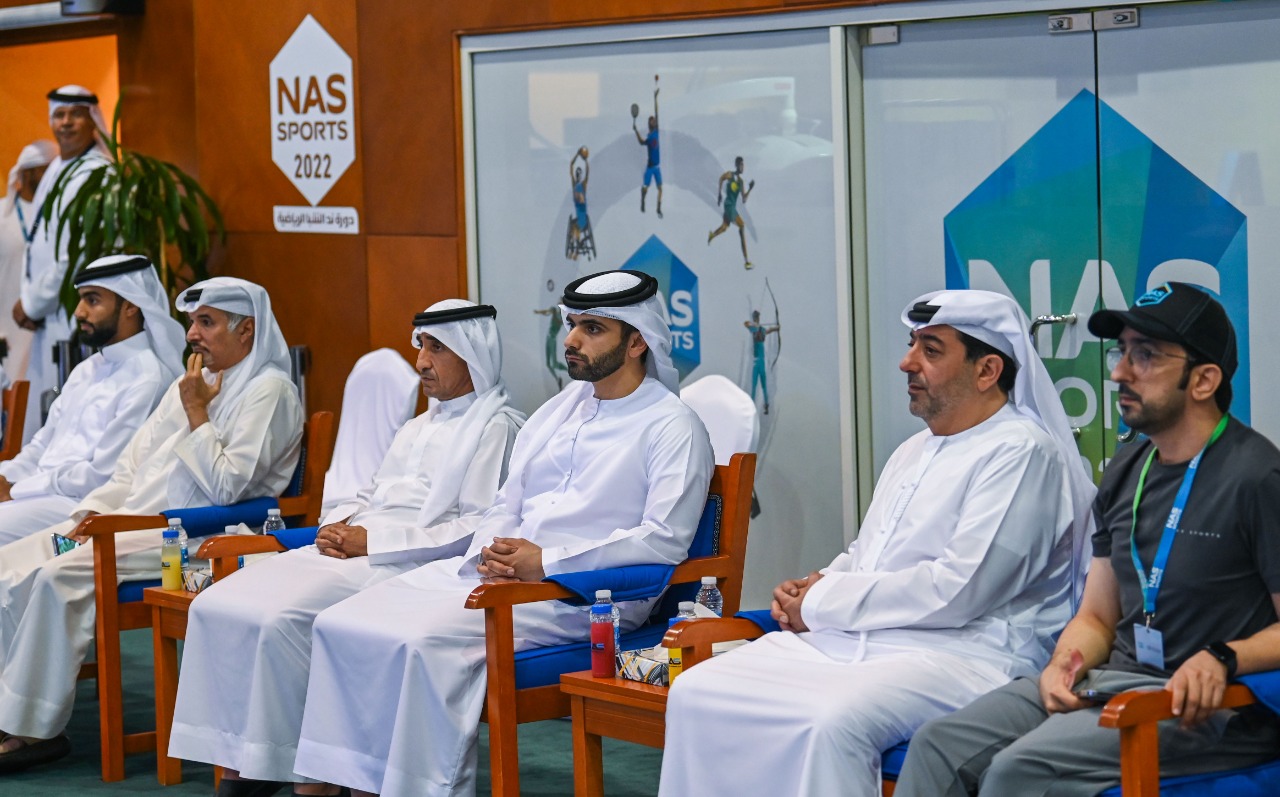 During his visit, the chairman of the Dubai Sports Council met with players taking part in one of the major sporting events organised during the holy month of Ramadan.

The fifth day of the tournament featured exciting championship matches in padel and volleyball.

“The NAS Sports Tournament began in 2013 under the vision and leadership of His Highness Sheikh Hamdan bin Mohammed bin Rashid Al Maktoum, Crown Prince of Dubai and Chairman of the Dubai Executive Council.

“The launch of the NAS sports tournament was aligned with the lofty goals set by His Highness Sheikh Hamdan bin Mohammed for the sports sector and social development. His Highness has given unlimited support to achieve these goals, making this tournament a much-anticipated annual event.”

Sheikh Hamdan’s exceptional support has enabled this tournament to achieve high results and contribute to the development of the sports sector as well as promote a positive sports culture among families and various social strata.”

“Apart from the wide participation of both men and women, the diversity of nationalities of players and sports disciplines and the high technical skill shown by the participants is testimony to the success of the NAS sports tournament in achieving its goals at all levels,” said Sheikh Mansoor.

“We are delighted that this edition features competitions in eight different sports disciplines, the participation of talented athletes and a great turnout from the public,” he added.

“The Dubai Sports Council will continue to work on developing the NAS sports tournament and increasing its success. We will add more sports disciplines in future editions of the tournament,” His Highness said.

During his visit, His Highness Sheikh Mansoor attended the padel and volleyball match and met players and officials of various Gulf teams participating in the event. He also welcomed them to the UAE. His Highness appreciated their performance in the tournament.

H.H. @sheikhmansoor bin Mohammed bin Rashid Al Maktoum, Chairman of the @DubaiSC, visits the Nad Al Sheba Sports complex where the ninth edition of the @NASSportsDubai is being held.https://t.co/51eAEG55kf pic.twitter.com/RdK1cLO5wn