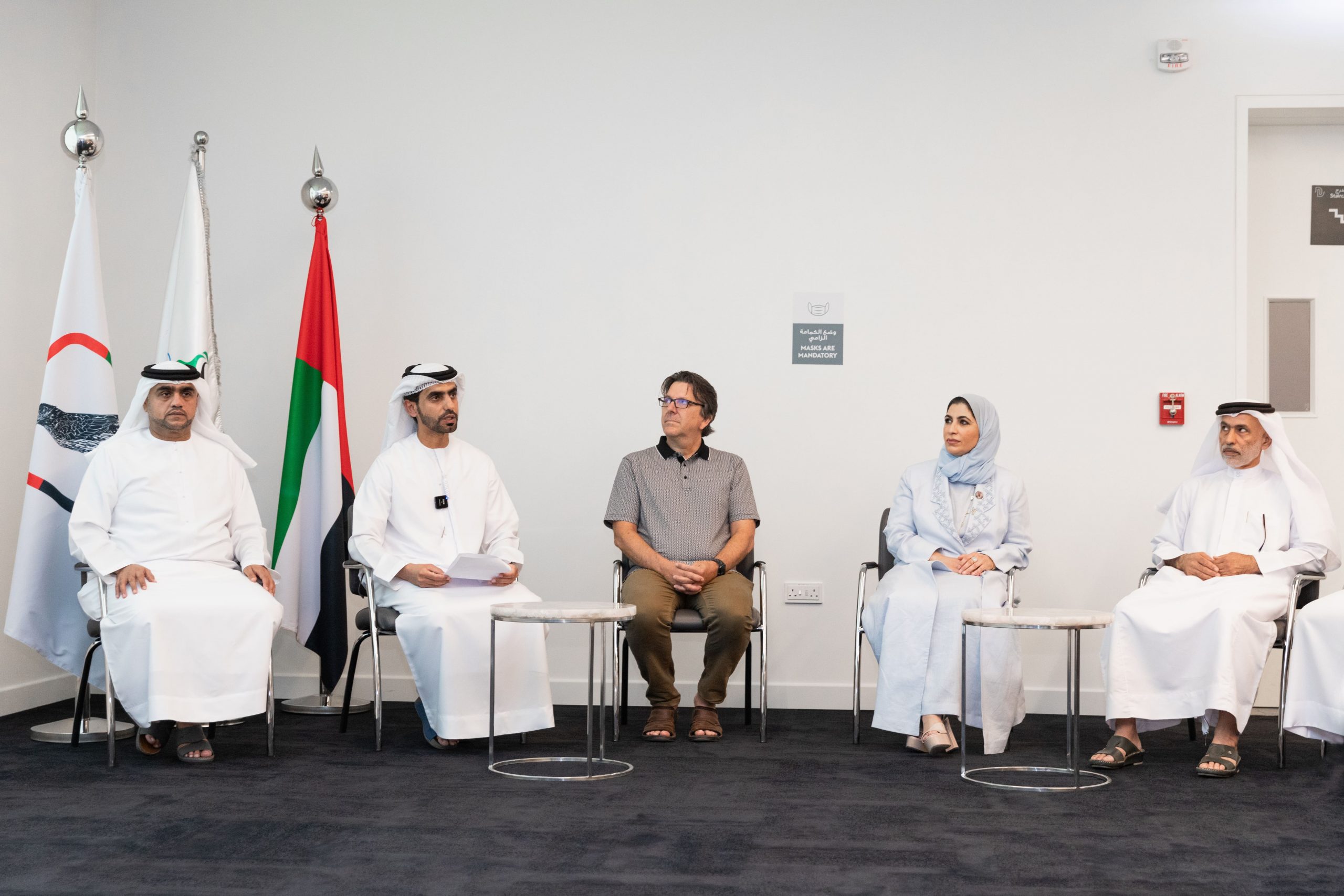 The UAE Falcons Federation held a reception for the 24th intake of the Executive Master’s programme in Sports Management at Deep Dive Dubai. The event was held as instructed by His Highness Sheikh Ahmed Bin Mohammed Bin Rashid Al Maktoum, Chairman of the UAE Falcons Federation and President of the National Olympic Committee, to raise awareness about the traditional sport.

His Excellency Rashid Bin Marhan, Secretary General of the UAE Falcons Federation, welcomed the participants to the programme in the presence of Azza Bint Suleiman, Assistant Secretary General for Administrative and Financial Affairs of the UAE National Olympic Committee; Mohammed Bin Darwish, Executive Director of the UAE National Olympic Committee, Abdulaziz Sultan Al Ali and Yousef Abdullah Al Ali, members of the Federation Board of Directors.

The reception was aimed at highlighting the UAE’s sporting heritage and efforts to develop the sport over the past few decades.

Bin Marhan expressed his delight in welcoming the participants to the programme and wished them success in their future sporting endeavours. He stressed the UAE Falcons Federation’s commitment to raise awareness about the art of falconry, which is an integral part of the UAE’s rich heritage and cultural identity.

During the event, the UAE Falcons Federation gave a presentation on traditional methods of falconry and the development of the sport in the UAE. The presentation also highlighted the UAE government’s efforts to preserve the sport.

The UAE Falcons Federation also briefed participants on the main objectives of the Federation, which aims to promote the sport and build a diverse fan base among the public as part of encouraging pride in the UAE’s cultural heritage.

In line with the directives of @AhmedMohammed to raise awareness about the traditional sport, the #UAE Falcons Federation held a reception for the 24th batch of the Executive Master’s Programme in Sports Organisations Management at Deep Dive #Dubai.https://t.co/oVoCJ1623a pic.twitter.com/7UKPnwe3pY