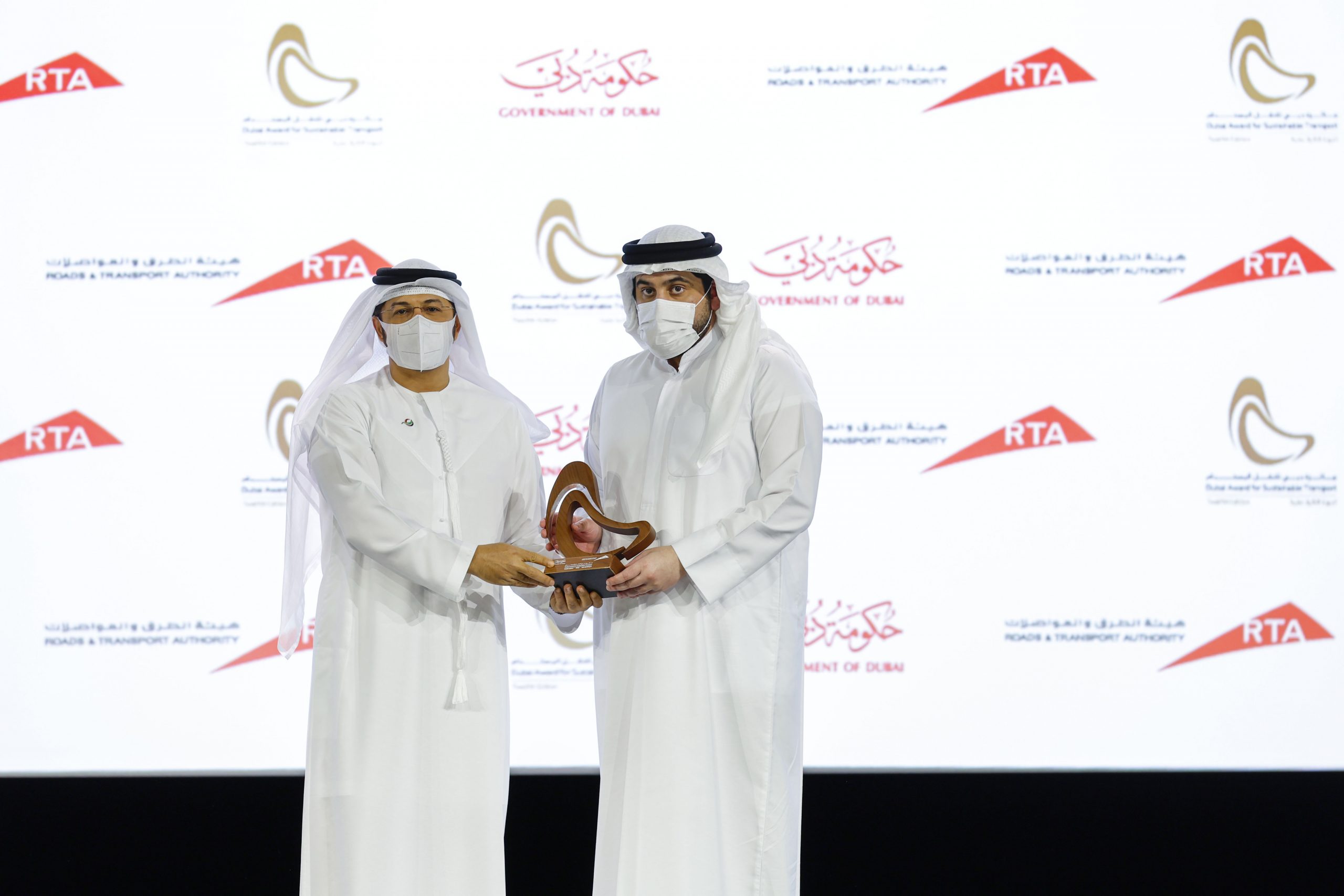 His Highness Sheikh Ahmed, accompanied by His Highness Mattar Al Tayer, awarded the winners in the various categories of the award. This year, the total number of entries reached 140, spread across five main and seven special categories. In the mobility management category, first place went to the Transport Authority – Government of Ajman for its ‘Bus on Demand’ service, while second place went to Tramway Rabat-Salé for its tram line in Rabat City. Third place was shared by the Greater Amman Municipality for the Amman Bus Service and DP World for the development of a real-time system at the site.

In the Transport Security category, the Municipality of Dubai took first place for the Mobility Safety and Security Sustainability project for its fleet of vehicles. Second place went to Tatweer Educational Transportation Services Company in Saudi Arabia for an initiative aimed at improving the safety and security of educational transportation. Abu Dhabi Integrated Transport Centre came third for its initiative to reduce the number of accidents resulting from leaving insufficient safe distance between successive vehicles.

In the Sustainable Transport Pioneer City category, the Municipality of Greater Amman won first place with a model document that reflects the various elements that make Amman a sustainable transport pioneer city.

In the Special Awards category, His Highness Sheikh Ahmed awarded Maitha Almheiri, Yara M. Tillawi and Sarah Numan from Sharjah University for the best student project/study on sustainable transport. The research proposed scientific and realistic solutions to mitigate the environmental impact of maritime transport in Dubai. In the same category, Shammah Ali Alsuwaidi and Fatima Butti Alsuwaidi from the University of Sharjah came second for their developed research on generating energy from vehicle traffic for street lighting. Mohamed Qais Alkatheeri, Abdalla Bader Ali Alyassi, Abdulla Fahad Alkaabi of the Sharjah Graduate School of Applied Technology took third place for their research on facilitating the movement of ‘People of Determination’.

In the Best Academic Project/Research category, first place went to Khaled Hamad and Lubna Obaid of the University of Sharjah. Second place went to Zeeshan Hameed of Fujairah Higher College of Technology and third place to Juliette Martinez of Middlesex University Dubai.

The Best Journalist award went to Manal Ibrahim Mohammed of the Dubai Police Media Safety Department, who won for her role in raising awareness of road safety principles and the Dubai Sustainable Transport Award.

Under the patronage of @HamdanMohammed, @AhmedMohammed honours winners of the 12th edition of the Dubai Award for Sustainable Transport 2021 (DAST).https://t.co/MQQtCHLpLH pic.twitter.com/h4nYdwree2