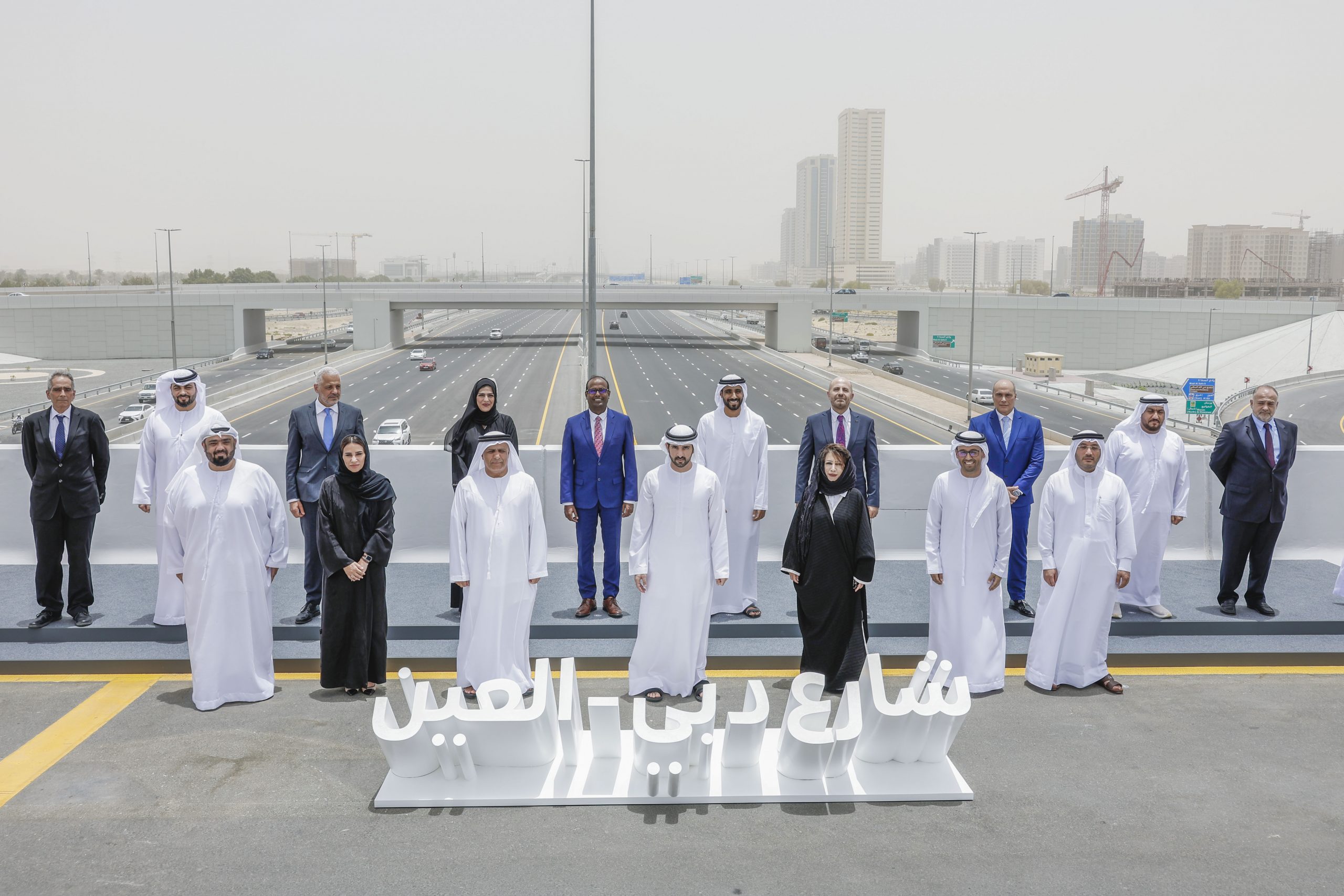 Speaking on the occasion of the inauguration, His Highness Sheikh Hamdan bin Mohammed said: “Dubai continues to advance the implementation of infrastructure plans to improve people’s well-being and catalyse sustainable economic growth. The Dubai Al Ain Road Improvement Project reflects the vision of His Highness Sheikh Mohammed bin Rashid Al Maktoum, Vice President and Prime Minister of the UAE and Ruler of Dubai, to create the emirate with the best infrastructure in the world. It is also part of our wider strategy to make Dubai the world’s best place to live, work and visit, as well as strengthen our preparedness to meet future needs in one of the world’s fastest growing cities.”

The project will benefit a population of 1.5 million people living or working in the area on both sides of the road. It also serves 25 universities and colleges with a total of 27,500 students. The improvements will double the road’s capacity from 12,000 to 24,000 vehicles per hour in both directions. It will also reduce the travel time on Dubai Al Ain Road from its intersection with Ras Al Khor Road to its intersection with Emirates Road by 50%, from 16 minutes to eight minutes during peak hours. In addition, it will eliminate traffic jams that used to stretch for about two kilometres.

His Highness was also briefed on two projects under construction. The first is the Al Manama Street Improvement Project, which will convert the existing roundabouts into controlled intersections. Construction is expected to be completed in September. The second is the project to improve the Academic City interchange on Sheikh Zayed Bin Hamdan Al Nahyan Street, which is scheduled to be completed this December. In the future, the section of Sheikh Zayed Bin Hamdan Al Nahyan Street from Academic City to the junction with Al Awir Road will be further improved.

Improvements to the Dubai Al Ain Road interchanges included the construction of a ramp at the intersection of Emirates Road and Dubai Al Ain Road and a 220-metre bridge connecting Sheikh Zayed Bin Hamdan Al Nahyan Street (north and south) to Dubai Al Ain Road, consisting of four lanes in each direction, which could be widened to five lanes in the future. The works also included improvements to the existing ramp to serve the entrance traffic from the Dubailand residential complex in the westbound direction to Dubai Al Ain Road in the direction of Dubai. In addition, the works included the construction of a new 528-metre ramp to serve inbound traffic from Dubai in a northbound direction towards Academic City and Dubai Silicon Oasis. Service roads were built on both sides of the road, as well as bends to serve other traffic flows and development projects.