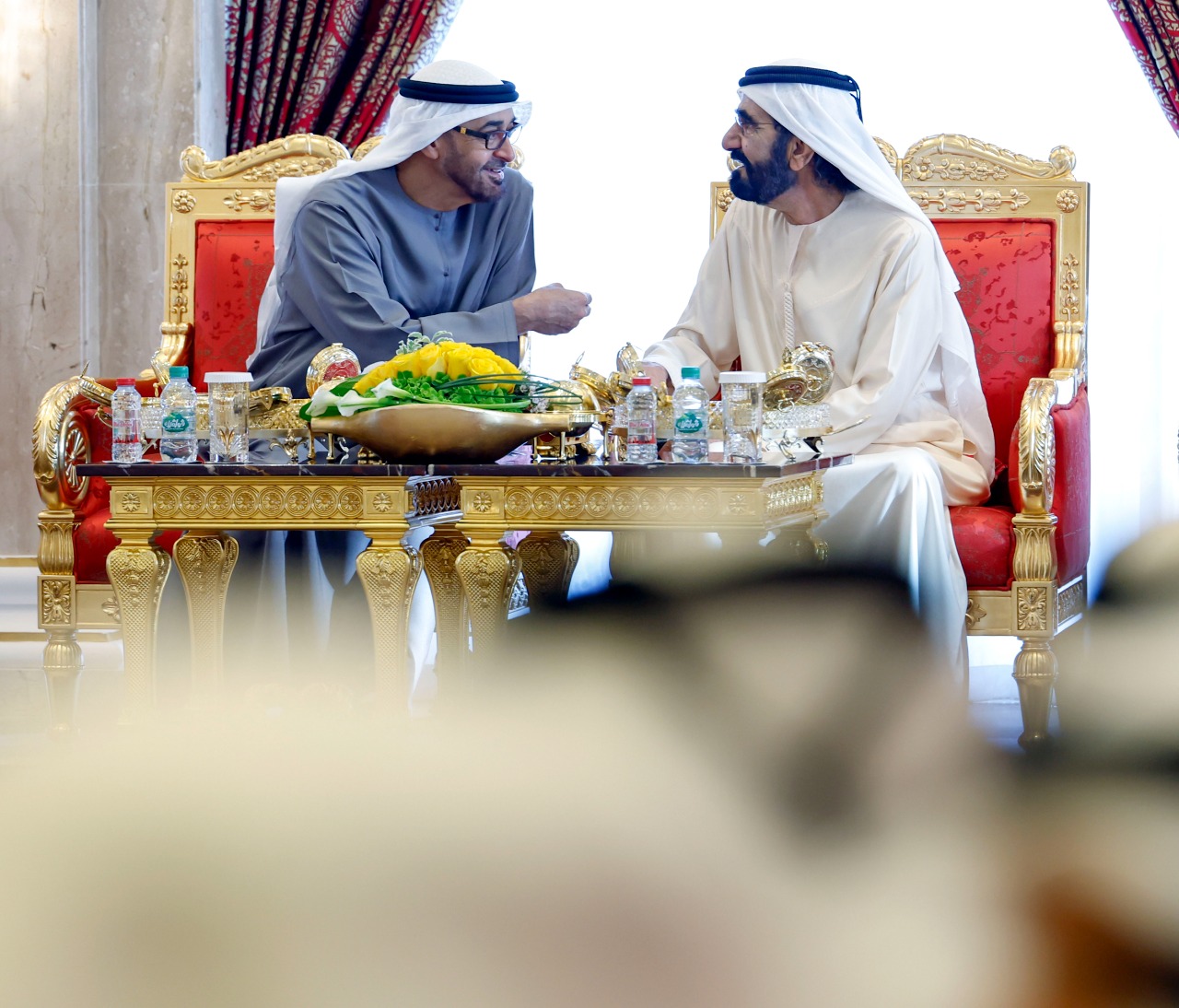 During the meeting, which was held at Zabil Palace, Their Highnesses exchanged cordial talks and wished the nation continued prosperity, development and progress and addressed a number of issues related to the enhanced all-round development being witnessed in the country.

Reaffirming that the UAE is making steady progress towards securing the future for its people and future generations, Their Highnesses said that UAE citizens are the main pillar of national development. They noted that ensuring their quality of life, social and economic well-being, fulfilling their ambitions, investing in their opportunities and unlocking their potential in various sectors will remain at the top of the UAE’s national priorities.

In this regard, they noted that the late Sheikh Zayed and the late Sheikh Rashid dedicated their lives to serving the homeland and satisfying the ambitions of their people, affirming that nation building and ensuring a decent life for the UAE people was at the heart of the founding fathers, who strongly believed in the vital role of UAE citizens in ensuring sustainable development and sustaining national gains.

#UAE President visits Mohammed bin Rashid, as part of His Highness's fraternal visits and consultations with the rulers of the Emirates. #Dubaihttps://t.co/8zFnZ1rip8 pic.twitter.com/HjadS4PexN