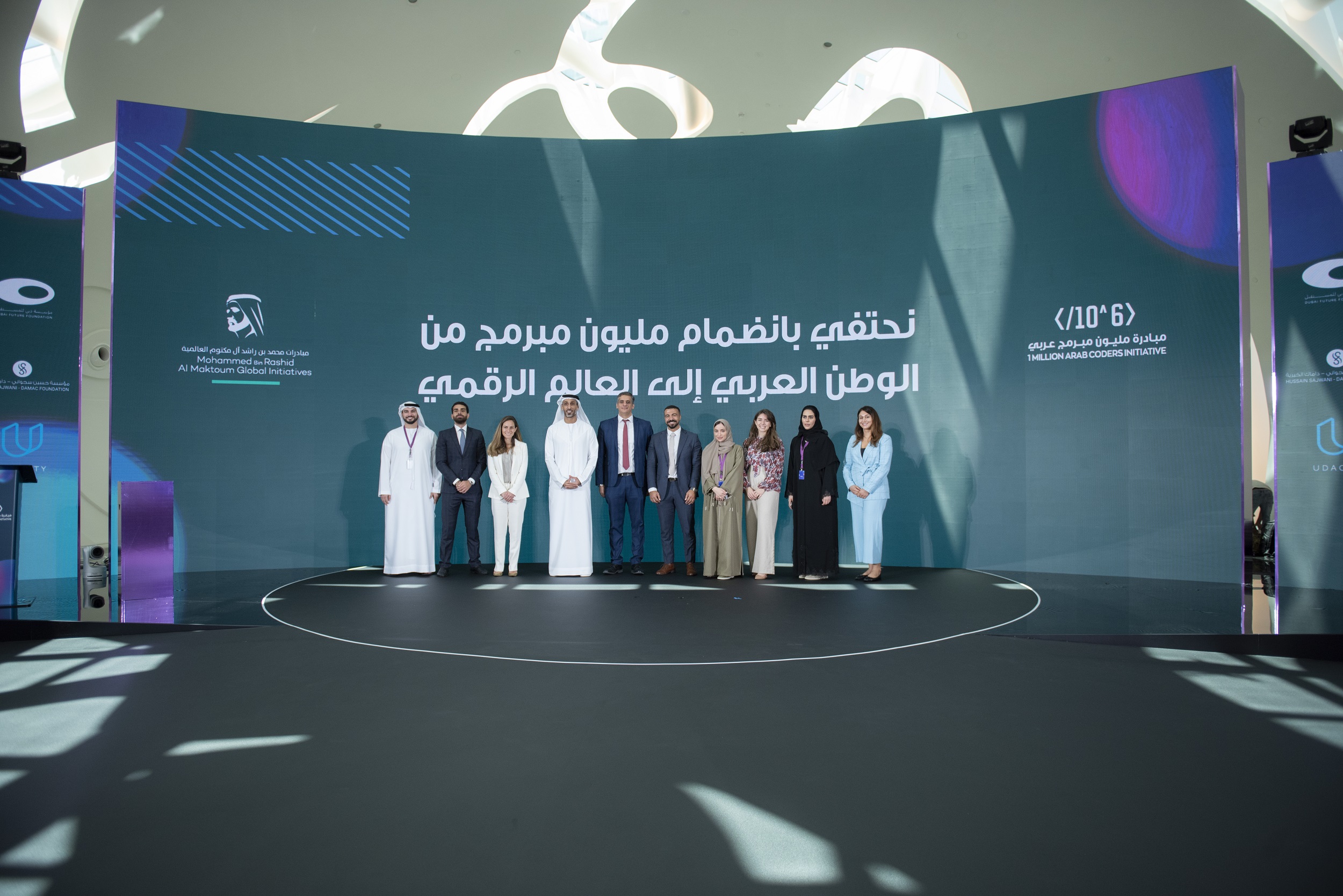 Since its launch in 2017 and over four years, the “One Million Arab Coders” (OMAC) initiative has provided more than one million Arab youth with digital skills in partnership with Udacity, a global digital education platform specialising in delivering digital courses in artificial intelligence, machine learning, data science, cloud computing and other disciplines.

Udacity, the education platform, has hosted more than one million Arabs from 80 countries to learn programming over five million hours of training and has delivered 76,000 training workshops. The initiative has resulted in around 100,000 successful diploma projects, awarded 1,500 scholarships to outstanding students and achieved a quantum leap in the world of digital learning and programming.

“One Million Arab Coders”, the largest initiative of its kind, has bridged the digital literacy gap among Arab youth and empowered the region’s brightest talents with modern technology, enabling them to develop future-proof skills and actively participate in the digital transformation of their countries.

At the closing ceremony of the initiative in May 2022, His Highness Sheikh Hamdan Bin Mohammed Bin Rashid Al Maktoum, Crown Prince of Dubai, Chairman of the Executive Council and Chairman of the Board of Trustees of Dubai Future Foundation, celebrated the entry of one million Arab programmers into the digital economy, who will use their newly acquired programming skills to achieve their dreams and ambitions.

During the ceremony, His Highness awarded the first place winner of the “One Million Arab Coders” competition with a grand prize of $1 million, while the top five projects each received prizes of $50,000 and the top four trainers received $25,000 each.

Udacity aims to train the world’s workforce in the professions of the future. The platform trains people on how technology is transforming industries and equips them with the essential technology skills that companies are looking for in their employees.

.@1MACoders manager to empower more than one million Arabs from 80 countries to learn programming through five million hours of study, and provided 76,000 training workshops. The initiative has brought about 100,000 successful graduation projects, granted 1,500 scholarships. pic.twitter.com/HFx1hLOEJe