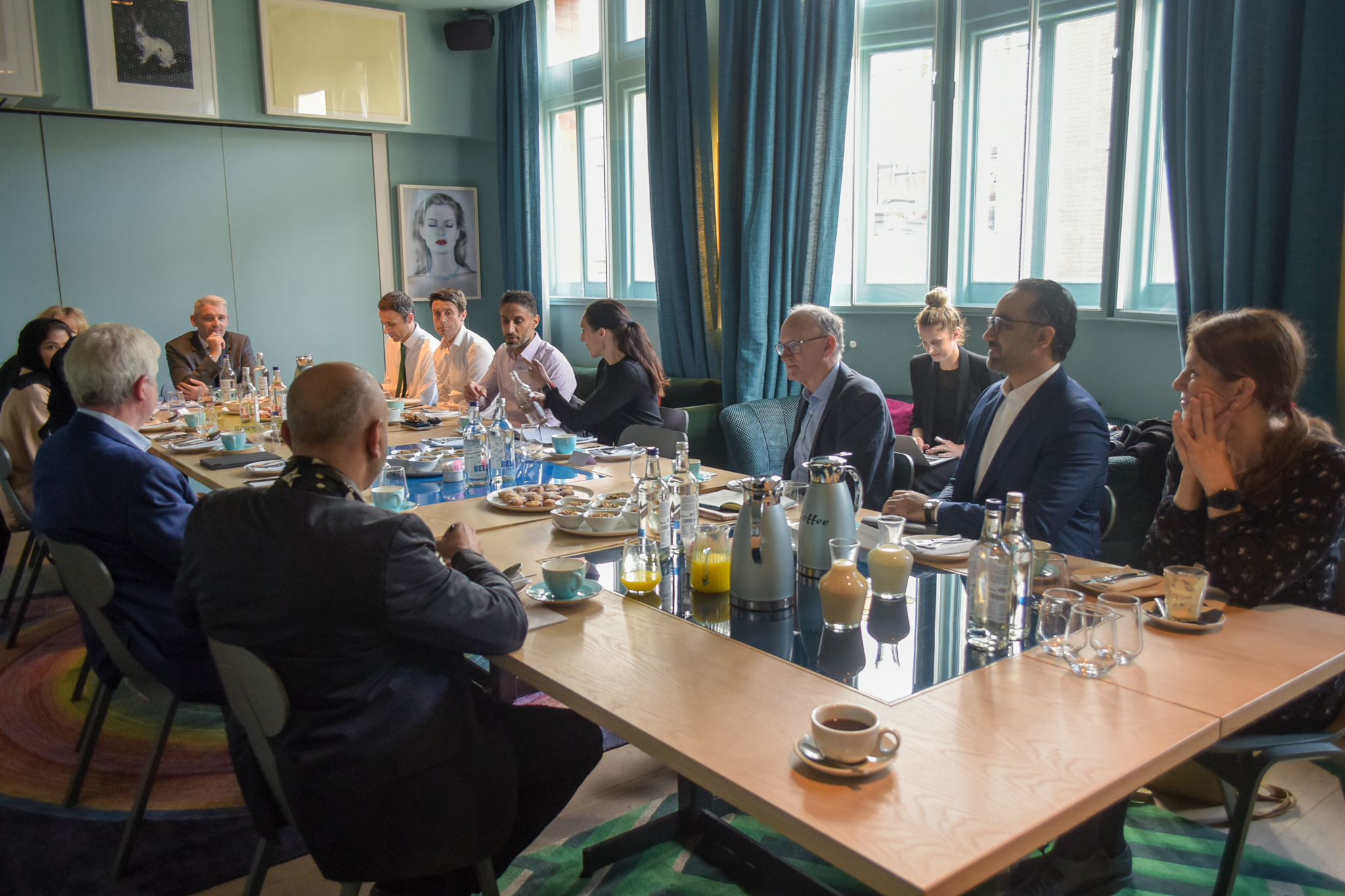 As part of a strategic engagement programme to strengthen the strong relationship between Dubai and the UK in a changing global environment, the Dubai Government Media Office (GDMO) organised a week-long series of events in the UK aimed at dialogue, knowledge sharing and networking between decision makers, influencers and thought leaders from both sides.

The multifaceted programme was organised as part of expanding and deepening Dubai’s network of relationships and stimulating a new dialogue with audiences in the UK in the post COVID and post Brexit era. The initiative, which aimed to build on the strong historical ties between Dubai and the UK, included a series of diverse activities designed to explore collaboration across different sectors.

UK participants in the engagement programme included a diverse range of leaders from government, the military, academia, business, culture and media, including some of the stars of the country’s dynamic entrepreneurial landscape. In total, the Dubai delegation spoke to more than 80 UK stakeholders, including the Secretary of State for Education and the Minister for Science, Research and Innovation.

The programme is expected to further enhance trade and investment links between Dubai and the UK. According to the Dubai FDI Monitor, the UK was the top FDI source country to Dubai in 2021 with a share of 27 per cent of the total. The UK was also the second largest FDI source country for projects in 2021 with a share of 18 per cent. The UAE is a key market for the UK’s expanding trade ambitions in the post-Brexit phase, as the UK aims to double the number of businesses exporting goods and services around the world.

The engagement programme organised by GDMO began in London with a ‘Sports and Culture Roundtable’, which featured informal dialogue with leading thinkers, planners and managers from the UK sports and culture sector, including Lord Tony Hall CBE, former BBC CEO, and Skindar Hundal MBE, Arts Director of the British Council. Discussions focused on strengthening Dubai and UK sports and cultural networks and exploring opportunities for strategic cooperation. The Dubai delegation shared the emirate’s strategic vision to enhance its status as a global centre for culture and sport.

Later events explored post Brexit opportunities and areas of common commercial interest. The Dubai delegation had the opportunity to highlight the emirate’s status as one of the world’s most open cities for business and trade in the post-Brexit era. The visiting delegation was introduced to current and former senior members of the British establishment from government, diplomacy, defence and parliament. The programme also included an informal networking session with British women entrepreneurs and activists, during which the delegation shared Dubai’s remarkable progress on gender balance.

Another key event of the UK engagement programme was ‘The Techathon’, moderated by Oli Barrett MBE, a serial entrepreneur and presenter. The Techathon featured panel discussions with technology leaders, emerging technology entrepreneurs and tech learners from London and Dubai and showcased technology success stories from both Dubai and London.

Extending the reach of the engagement programme beyond London, the Dubai delegation visited a number of locations along the Cambridge-Norwich technology corridor, home to many of the UK’s world-leading life sciences research institutes. A series of events at Norwich Research Park provided Dubai with an opportunity to showcase the city’s technology and innovation ecosystems and share its successes in the fight against the COVID-19 pandemic. The Dubai delegation also visited Oxford University to participate in a communications training workshop as part of a strategic learning platform for senior government leaders developed by the Dubai Government Media Office.

Following the exceptional success of the engagement programme, the Dubai Government Media Office aims to create an annual set of activities that will further accelerate knowledge sharing and collaboration, strengthen networks, develop new partnerships and deepen engagement between Dubai and the UK across a wide range of sectors and areas of life.

In a strategic engagement programme aimed at reinforcing the resilient relationship between #Dubai and the UK in an evolving global environment, @DXBMediaOffice organised a week-long series of events in the UK focused on dialogue, knowledge-sharing and networking. pic.twitter.com/7ytQdxkdtU