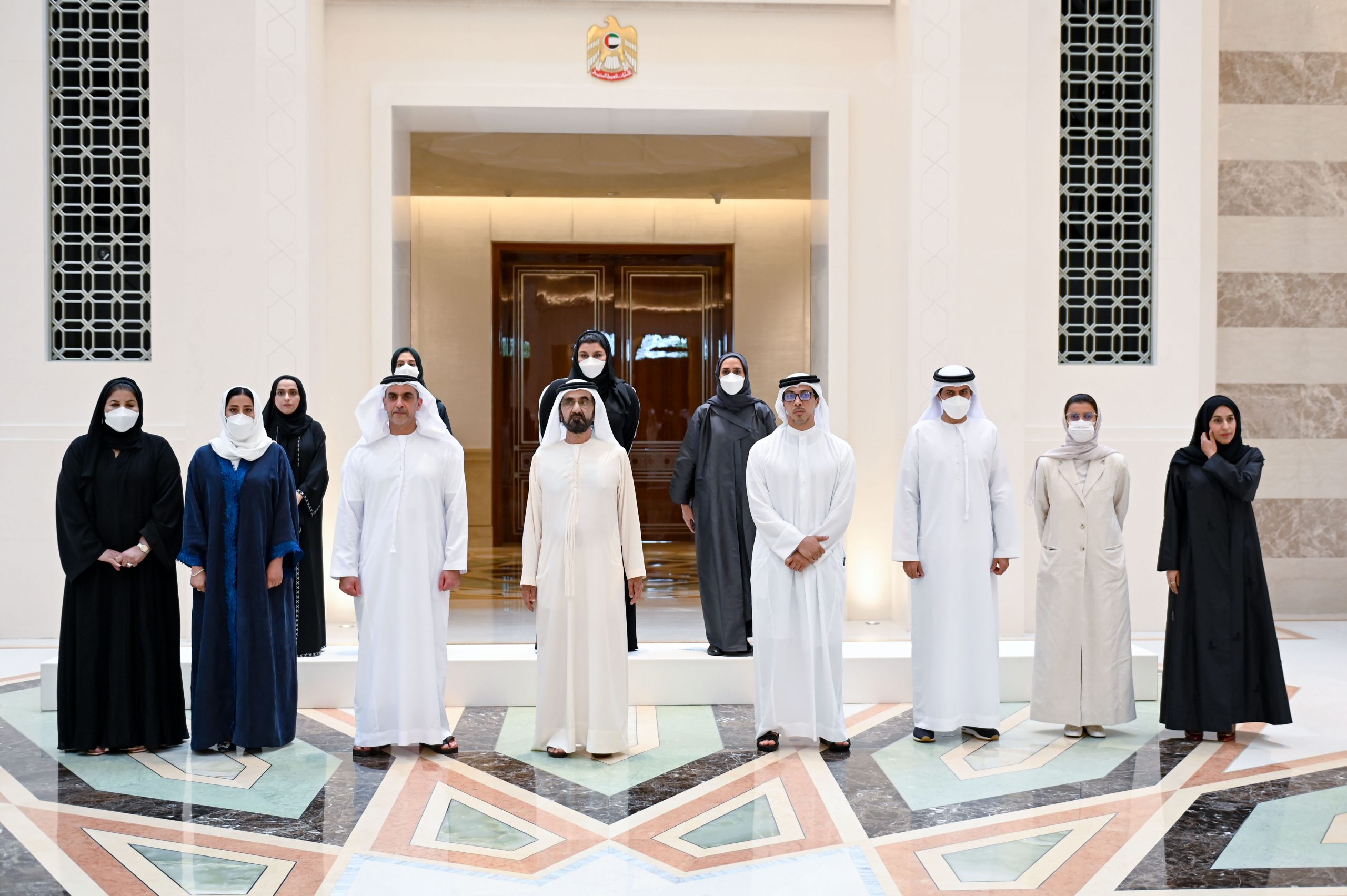 His Highness expressed pride in the achievements of Emirati women in various sectors, their positive impact on development over the past fifty years and their role in realising their ambitious plans to become the best country in the world in all fields.

His Highness commended the efforts of the UAE Gender Balance Council, headed by Her Highness Sheikha Manal bint Mohammed bin Rashid Al Maktoum, wife of His Highness Sheikh Mansour bin Zayed Al Nahyan, Deputy Prime Minister and Minister of the Presidential Court, in instilling a culture of gender balance in institutional work through effective initiatives that include the implementation of the Gender Balance Index.

Her Highness Sheikha Fatima bint Mubarak was selected for this category in light of her efforts and influential role in supporting women over the past fifty years, especially in bridging the education gap and ensuring the UAE ranks first in the world in this regard, as well as Her Highness’ role in empowering Emirati women economically.

The second category is awarded to the best federal government structure that maintains gender balance, and this category score is linked to the government’s national performance, which is based on three pillars: decision-making, education and expertise, and creating a more attractive working environment characterised by flexible working hours, work from home, workplace daycare and other initiatives, legislation and policies.

The Ministry of Culture and Youth (at ministry level) and the Federal Office for Persons, Citizenship, Customs and Ports (at entity level) won in this category, receiving the Mark on the basis of surveys and the practical steps and actions taken by each of them in this area.

Her Excellency Mona Ghanem Al Marri, Vice President of the UAE Gender Balance Council, said that the performance of the organisations participating in the Gender Balance Index at the federal government level was assessed according to a measurement system and approved standards and was developed based on international best practices. Her Excellency added that the Index sought to raise the status of women and their participation in various development areas and encouraged coordination among government agencies to achieve the desired gender balance goals.

Her Excellency added that the dex was one of the initiatives that the UAE Gender Balance Council worked on in collaboration with the Prime Minister’s Office to strengthen the concept of gender balance and embed it in institutional work, as this national indicator is an important incentive for public and private sectors to implement supportive policies and initiatives.