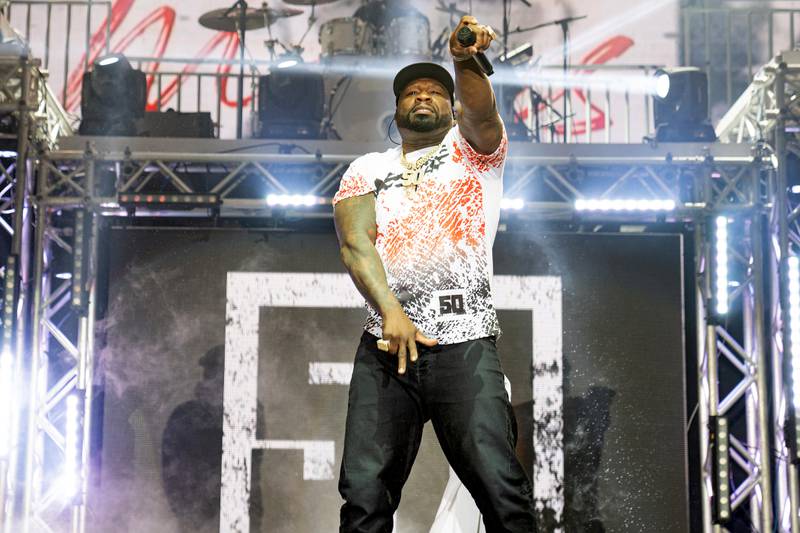 Legendary American rapper 50 Cent, whose real name sounds like Curtis Jackson III, will perform his greatest hits on the Coca-Cola Arena stage in Dubai on September 30, 2022. As part of his Green Light Gang world tour, the musician will delight audiences with world-renowned compositions In Da Club, Candy Shop and 21 Questions.

Joining 50 Cent on stage will be his long-time collaborator and G-Unit member Tony Yayo and rapper Uncle Murda. Advance ticket sales for the show will open on July 12, 2022. Prices will range from AED 225 to AED 545.

50 Cent is a popular rapper who has had easy success in other professions as well: a screenwriter, a talented actor who has been involved in a number of notable works by famous directors, and an entrepreneur. His life has been an incredibly eventful one, with many ups and downs.

In early 2003 he became the most controversial figure of mainstream rap, if not of pop music in general. After his unsuccessful attempts to gain wide acclaim in the late 90s and a series of highly successful works amongst underground rappers in New York, 50 Cent signed with Eminem, who personally worked to promote his young protégé.

In the winter of 2003, Curtis released his debut commercial album Get Rich or Die Tryin’, which propelled Jackson to stardom. The In Da Club single was voted Billboard number one song in the US in 2003. A second album, The Massacre, was released in 2005 and a third, Curtis, in 2007. In 2016, 50 Cent recorded the acclaimed track No Romeo No Juliet with Chris Brown.

Promoter Thomas Ovesen of TOP Entertainment said fans of the artist in Dubai should expect “an endless string of hits”. “50 Cent is one of the rare hip-hop artists who has managed to maintain and surpass his initial popularity,” he said.