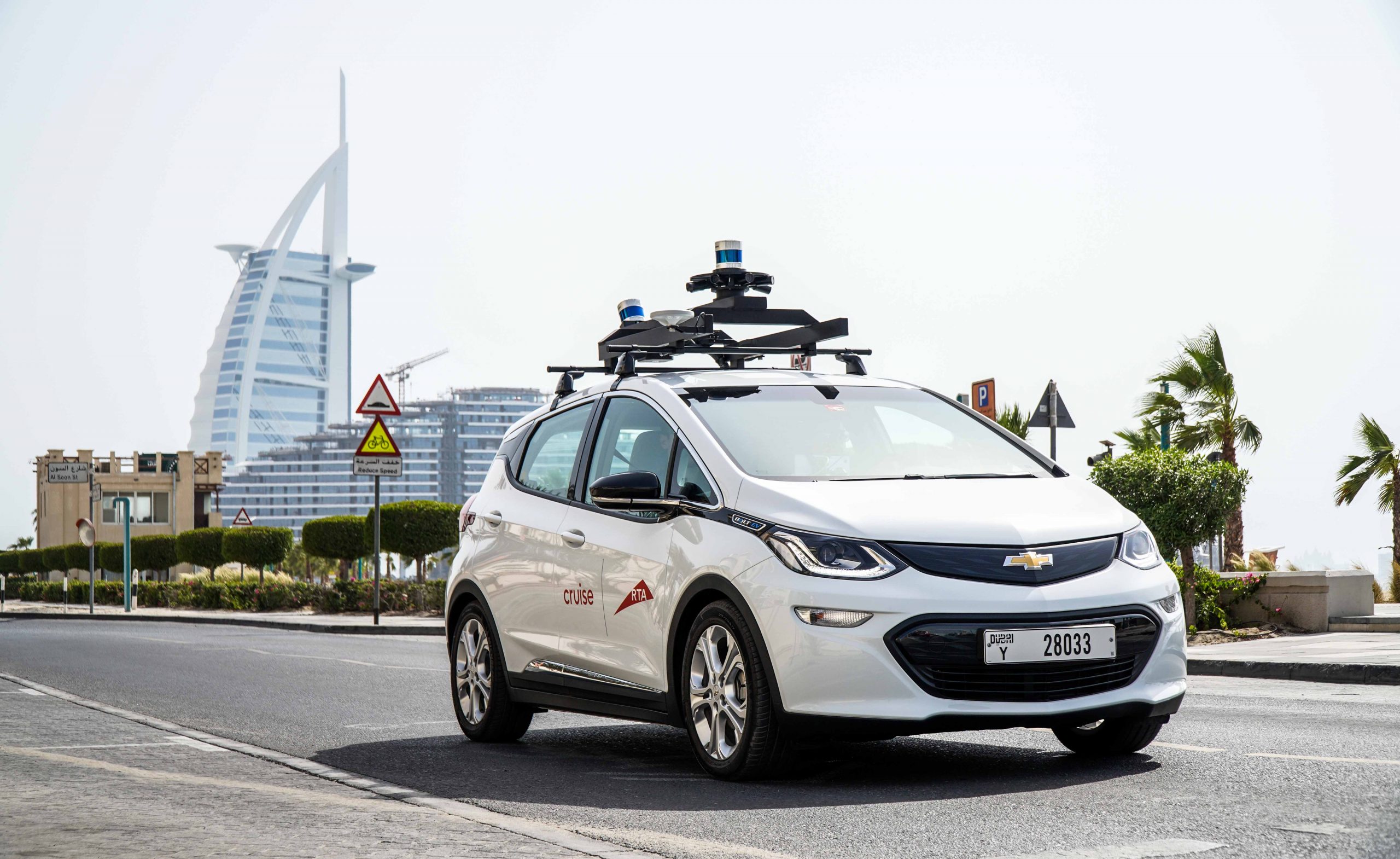 Two Chevrolet Bolt EVs will initially be deployed on the streets of Jumeirah and driven by specialist drivers. Cruise’s technology uses a high-resolution physical environment map, which is created using specialist mapping vehicles equipped with a suite of sensors, including LiDAR, cameras and others, and moves around the city to collect data, which is then used to create and maintain a navigation map for autonomous vehicles (AVs).

Cruise, a General Motors subsidiary that owns a majority stake in autonomous vehicles, shares the same vision as GM that autonomous vehicles can help lead to a safe, less congested future for all, providing huge benefits to society in the form of improved safety and transport accessibility. These efforts will certainly contribute to General Motors’ vision of zero accidents, zero emissions and zero congestion.

In April 2021, the RTA signed an agreement with Cruise-backed General Motors to operate Cruise autonomous vehicles to provide taxi and e-Hail services as part of an effort to strengthen Dubai’s pioneering role in self-driving transport and make it the smartest city in the world.

The agreement, which is the first of its kind in the world between a government body and a leading company in the field of autonomous vehicles, represents an important step towards Dubai’s self-driving transport strategy to transform 25% of all trips in Dubai into self-driving transport trips across various modes of transport by 2030.

The selection of Cruise as the exclusive supplier of autonomous vehicles came after a comprehensive multi-year process to select the best possible partner. Technology, resources, a purpose-built vehicle, partnerships with car manufacturers and an approach to a safe testing and deployment strategy give Cruise the ability to get the project off the ground safely and faster than any other company.

.@rta_dubai, @Cruise to operate today two Chevrolet Bolt EVs to chart digital maps for self-driving vehicles.#Dubai is set to become the first city outside the US to operate @Cruise's driverless vehicles by 2030. pic.twitter.com/DyMC51Qk08