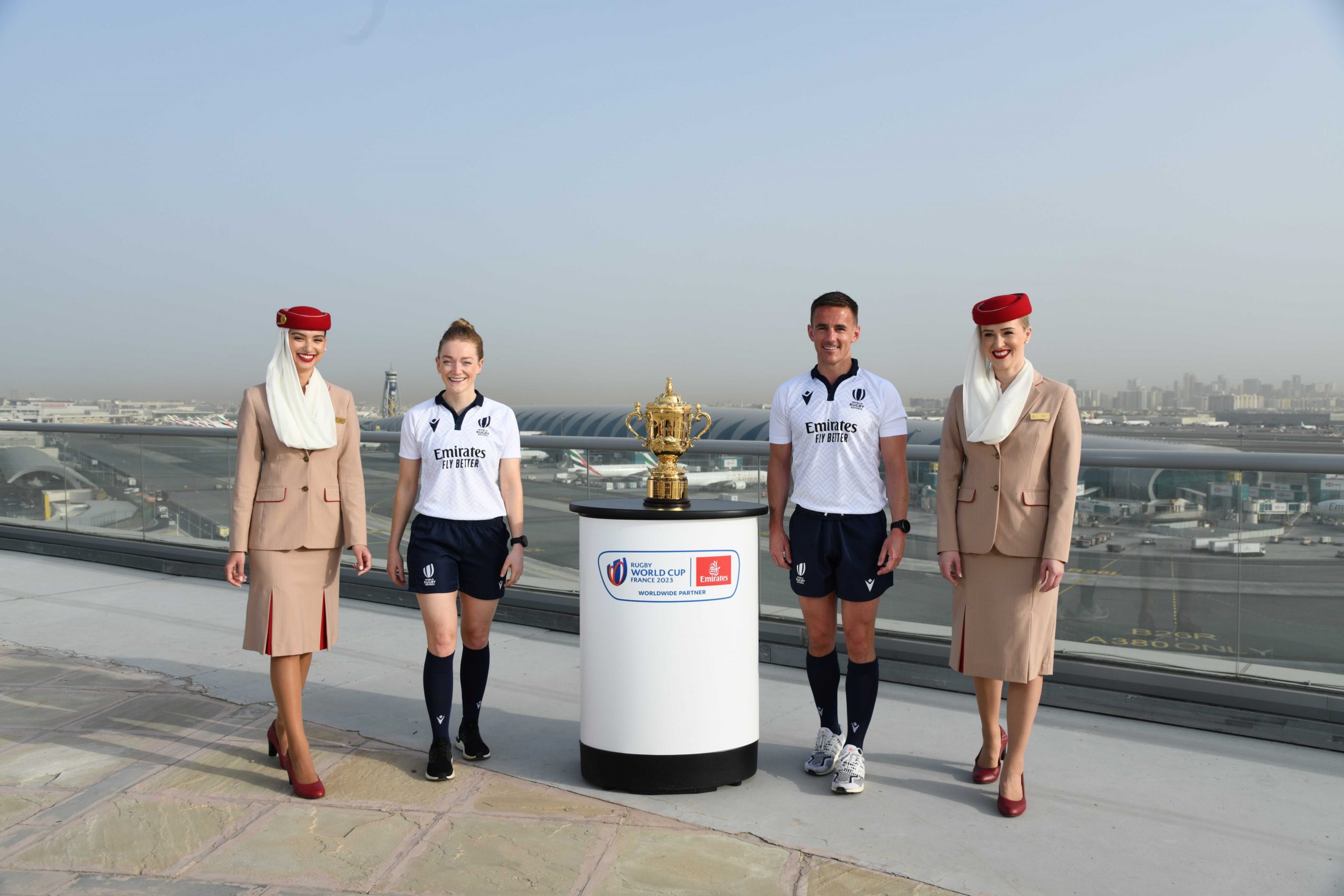 World Rugby and Emirates have announced the extension of the Dubai-based airline’s multi-year partnership as global partner of the Rugby World Cup.

By joining the global family of global partners for the 2023 Rugby World Cup in France, Emirates will return to the hugely successful relationship between the airline and the international federation that began in 2007. The airline has since become one of the sport’s most prominent and active supporters, having been a regular partner to every Rugby World Cup for men since 2007 and a proud sponsor of the HSBC World Rugby Sevens Series stages in Dubai and Cape Town.

As the official airline of the Rugby World Cup in France 2023 and Australia 2027, Emirates will be flying Rugby World Sevens, breaking new ground and using its advanced customer experience to help ensure a truly world-class tournament for fans travelling to the host countries. Emirates’ investment in the sport as a Worldwide Partner will help support the growth of rugby in both emerging and developed markets, while fans will be able to watch every moment of two unforgettable Rugby World Cups live and on demand from their seats on the plane, making the sport more accessible.

With the support of Emirates World Rugby will continue to invest in developing and supporting the world’s best match referees, which is central to the sport’s values of respect and discipline. The world’s best referees will take to the field in Emirates Fly Better Macron uniforms when they referee test rugby matches, continuing a long tradition that began in 2013.

Following the success of the award-winning Whistle Watch, a World Rugby series presented by former international referee Nigel Owens and sponsored by Emirates, the two partners will continue to create innovative materials to immerse fans in the world of match referees and inspire young referees to take up the whistle, making rugby laws more accessible.

Emirates president Sir Tim Clark said: “Rugby is a sport with great values and a proud heritage in many countries. It is also a sport which is attracting more participation and interest in different communities every year, as we are seeing in the UAE where rugby has just entered the school curriculum across the country. We see rugby as a great platform to bring people together under the influence of a shared passion for the sport.”