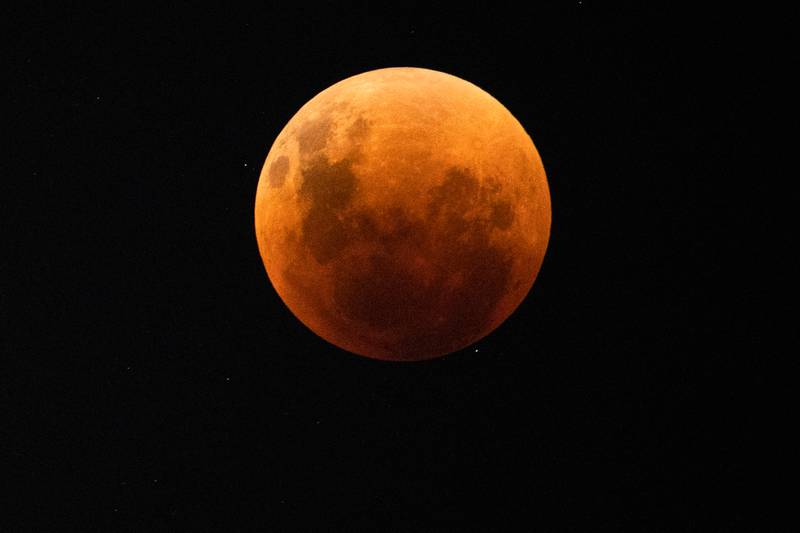 Stargazers in the UAE are in for a stellar show this week as the last supermoon of the year and meteor showers will light up the sky. The orange-tinted moon will dazzle onlookers on Thursday and Friday evenings.

The Perseid meteor shower will pass at the same time, but the full moon phase is expected to be partly obstructed. If the skies were clear, stargazers could see 80 to 100 meteors per hour streaking across the sky.

The meteor shower is caused by the Swift-Tuttle comet, which was discovered in 1862. It leaves behind a long trail of dust and debris during its 133-year orbit around the Sun.

When the Earth passes over the comet’s debris each year, a meteor shower is produced. The debris collides with the atmosphere and disintegrates, causing a colourful show.

The Dubai Astronomy Group says this cosmic event promises to be a treat for observers.

“The Perseid meteor shower is expected to peak between August 11 and 12. However, the bright moonlight will complicate the peak of the meteor shower. Nevertheless, it will be an incredible sight with a full bright super moon.”

The supermoon phenomenon occurs when the Moon is at the closest point in its orbit to Earth and appears larger than usual. The average distance between the Moon and Earth is 384,472 kilometres.

The Dubai Astronomy Group reported that this week’s supermoon won’t officially arrive until Friday, but the Moon will look about the same on Thursday night.

The Dubai Astronomy Group will hold an observing event on Friday at the UAE’s highest peak, Jebel Jais, from 9pm to 2am on Saturday. It will include observing the Moon, Mars, Saturn and Jupiter through a telescope, as well as observing meteors with the naked eye. There will also be talks on the super moon and meteors as well as question and answer sessions.