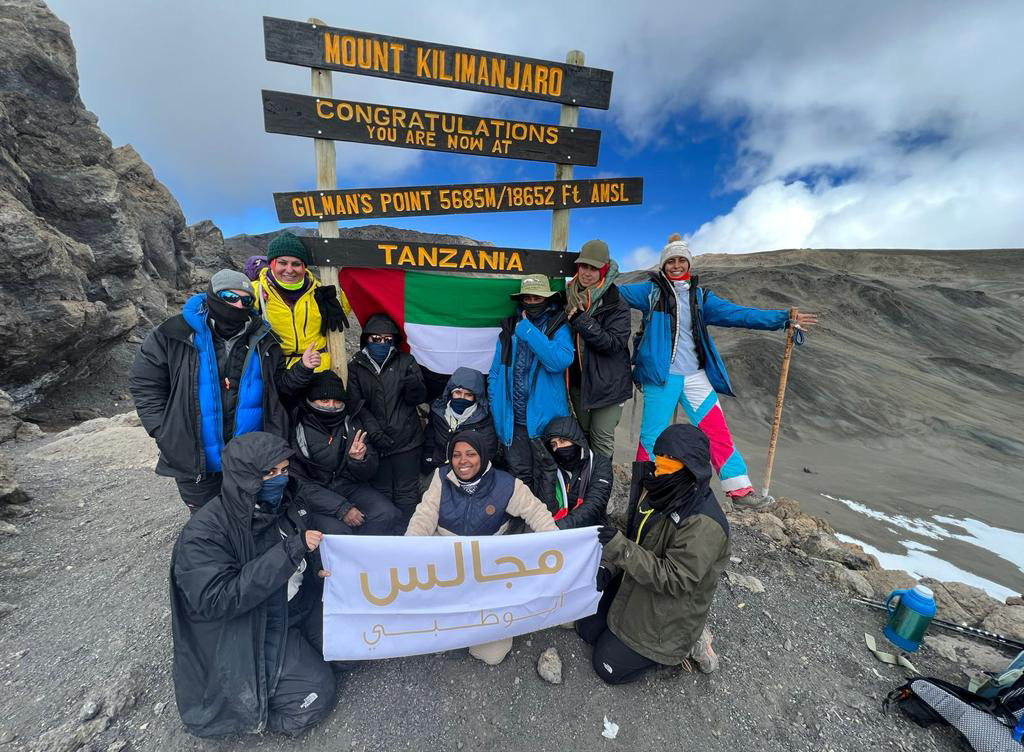 The 5,895-meter ascent was timed to coincide with Emirati Women’s Day, celebrated on August 28 every year. The feat is said to be a testament to the strong will of Emirati women and their ability to overcome challenges.

The trip to Kilimanjaro also proved the importance of teamwork, determination and fearlessness in achieving their goals.

“Around 70% of university graduates in the UAE are women. 85% of my office staff are women. We have high expectations of them,” Sheikh Mohammed wrote.

Emirati Women’s Day has been celebrated in the UAE since 2015. In recent years, their opportunities have expanded significantly, with women taking up careers as civilian pilots, fighter jet pilots and even astronauts.

24% of federal and local government board members are women. As from 2 February 2022, women are also entitled to equal pay with men. The law prohibits labour discrimination against women.

There are nine women ministers in the UAE Government dealing with issues of tolerance, happiness, youth and food and water security. Women make up half of all MPs in the UAE Federal National Council, as well as 42.0% of the diplomatic corps. There are 11 female Emirati ambassadors and consuls general representing the country internationally.