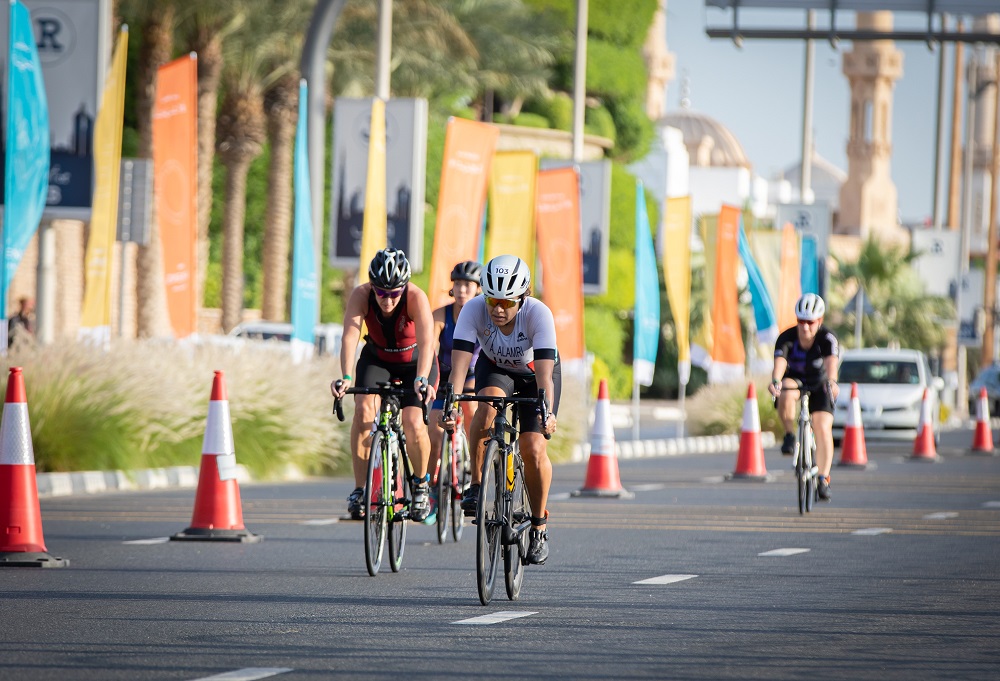 The Dubai Sports Council (DSC) has announced the opening of registration for the 5th Dubai Women’s Triathlon to be held on 02 October.

Registration for the Dubai Women’s Triathlon 2022 is open now and those wishing to participate can register on the Dubai Sports Council’s official website www.dubaisc.ae.

The swim leg of the triathlon will be held at the Dubai Women’s Club, in the calm waters of the Arabian Gulf, the flat and fast cycling route will run along Jumeirah Beach Road and the run will be along the Dubai Canal, offering participants some of Dubai’s most iconic views.

The organizing committee has invited women of all ages and nationalities to take part in the Dubai Women’s Triathlon, which offers them a unique opportunity to experience the thrill of competition and test the limits of their physical endurance in complete privacy.

The organisers guarantee the participants complete privacy and freedom of competition in an atmosphere that is in keeping with the customs and traditions of the UAE.

The Dubai Women’s Triathlon was the first women-only event of its kind in the Middle East when it was launched in 2017, and since then it has seen impressive growth year on year thanks to the continued support it receives from both participants and the authorities.

.@DubaiSC announces opening of registrations for #Dubai Women’s Triathlon 2022, which is scheduled to take place on October 02. oganised by @DubaiSC in cooperation with @DubaiLadiesClub, and includes 3 sports, swimming, running, cycling.https://t.co/XWD3mfKi01 pic.twitter.com/bMQeGeAe73