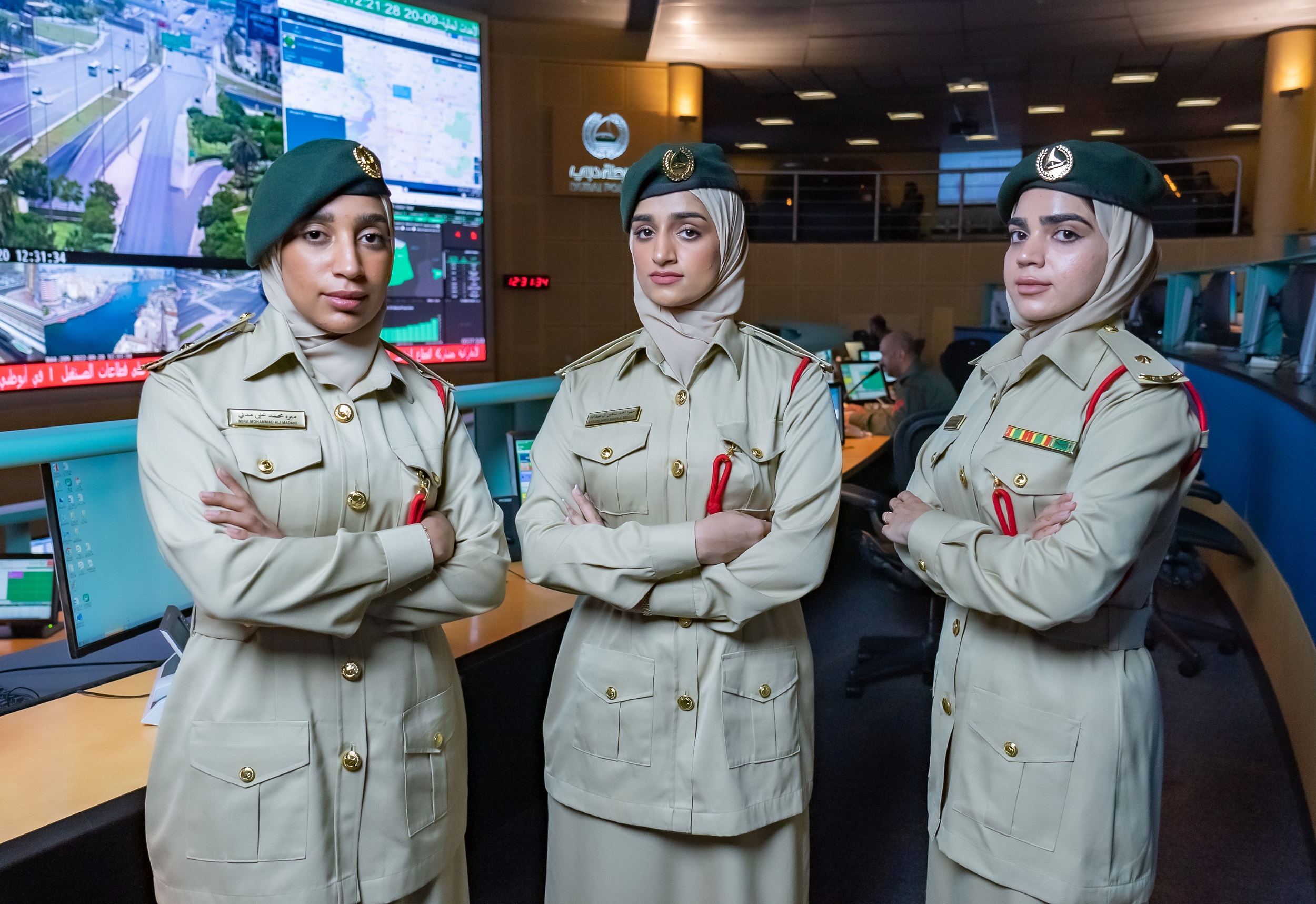 The Dubai Police General Command, represented by the Directorate General of Operations, recently qualified the first batch of female officers to work at the Command and Control Centre, one of the police force’s important units, after undergoing a comprehensive six-month training programme.

The six-month training programme consisted of 24 specialised courses and practical training in several departments, including the Emergency Response Unit for receiving reports, the Leadership and Control Unit and the Duty Officer’s Office.

Major General Dr Mohammad Nasser Al Razooqi, Director of the General Operations Directorate, said Dubai Police is proud of its excellent cadres who shine and excel in all areas. The police are always striving and taking every opportunity to invest in young cadres and train them in the necessary skills.

“Female personnel play an important role in providing security for all and are actively taking on missions and responsibilities that in the past were exclusively carried out by their male counterparts,” he explained.

Meanwhile, Brigadier General Turki bin Faris confirmed that the female officers have demonstrated greater dedication and ability, meeting the high criteria of cognitive and organisational skills, intelligence and security awareness that their duties as command and control officers require.

Four female officers expressed gratitude for their work at the Command and Control Centre, which never fails to motivate them with new challenges.