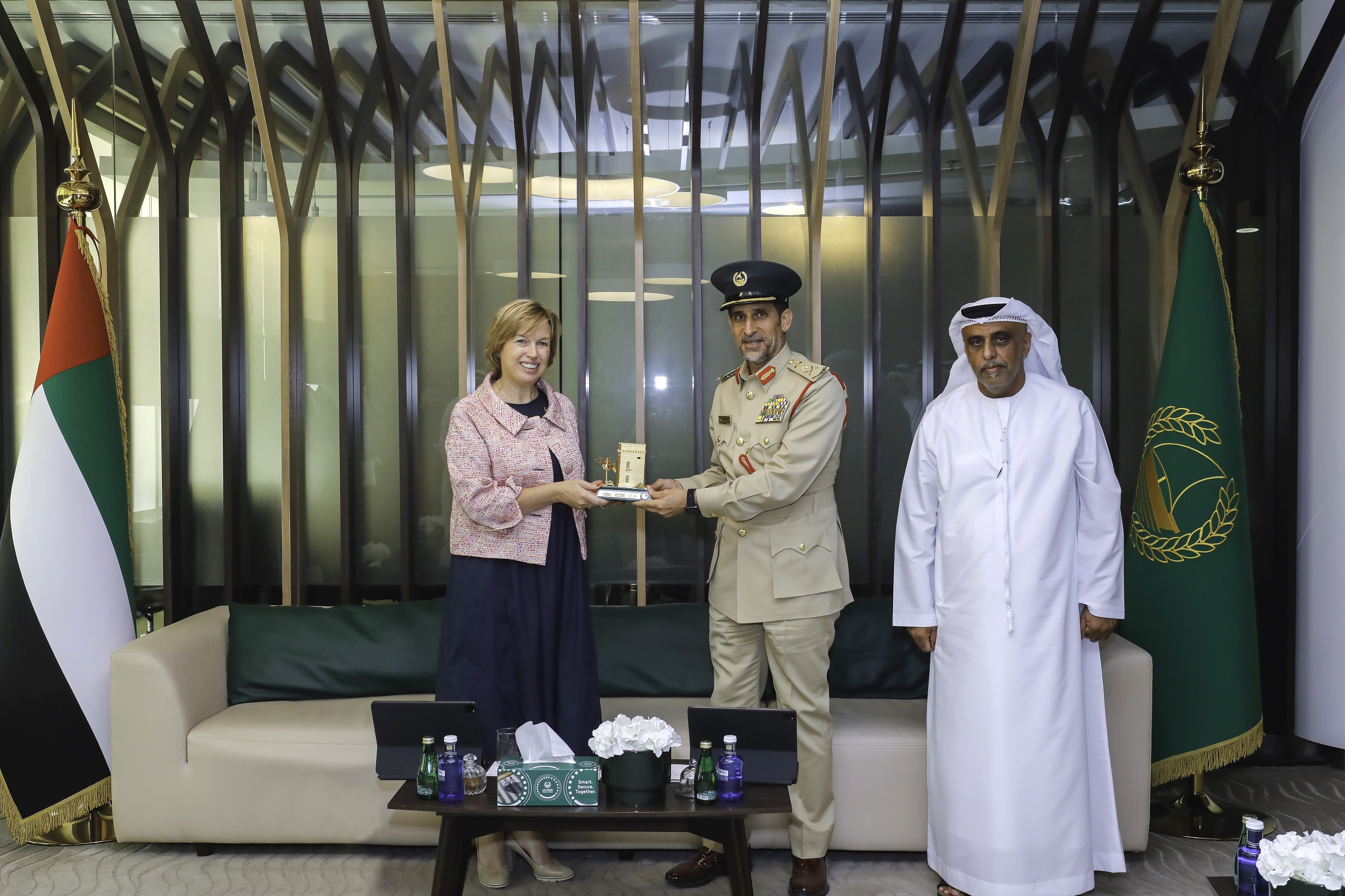 The Dubai Police General Command and the European Police Agency “Europol” have recently discussed ways to promote cooperation and exchange of experience and best practices.

The delegation was also briefed on the outcomes of the Wold Police Summit that the Dubai Police hosted last March and arrangements and plans for the next summit in 2023.

At the end of the meeting, Dubai Police Commander-in-Chief gifted Catherine de Bolle a commemorative shield on occasion for her visit.