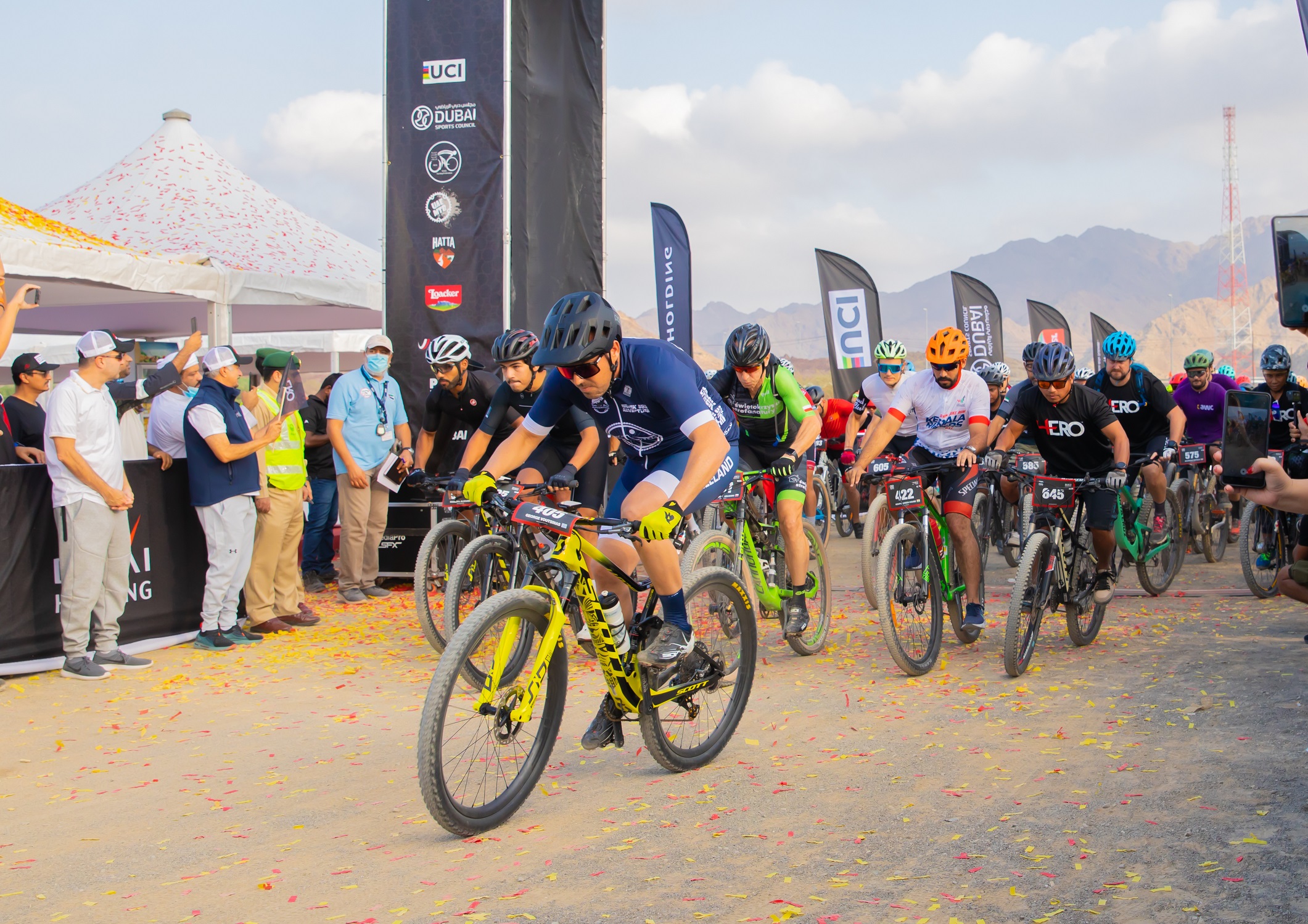 The attention of sports enthusiasts from around the world will be riveted to Hatta, which will host a huge number of outstanding world champions in mountain biking and sporting events, as well as professional and amateur athletes from the UAE and beyond, who will take part in several sports championships organised in cooperation with the Dubai Sports Council during the current sports season (2022 – 2023); including eight international and social championships to be held in the magnificent mountains, valleys and on Lake Hatta Dam.

Hatta will host the 3rd Hero Dubai Hatta Race, one of the three stages of the Hero International Mountains Bike Race series. An elite group of world champion mountain bikers will compete on 5 February 2023 for the title of winner of this international championship, held on mountain courses that are carefully designed to allow participants to enjoy the natural scenery surrounding the tracks in the Hub Valley. Competitors will reach the highest point of the trails at 1,600 metres above the ground.

The DSC is also organising several women’s events in Hatta. The Women’s Walking Half Marathon is scheduled for November 13, 2022 over the Hatta Mountains. A women’s cycling race will also be held in Hatta.  The Beh Valley Race, one of the most challenging and famous races in the region, will be held on November 27, 2022 in the Hatta mountains. Participants in this race will compete in two categories: the 70km and 35km team category / the individual category for the 70km, 35km and 20km distances. For children, a 2.5 km distance is allocated. A campsite will be set up at the start site at the Hatta Fort Hotel, which will be open to participants the night before the start of the event. The campsite will provide other areas for participants, including a food and training area, as well as the opportunity to use the swimming pool.

The Hatta Hills Half Marathon will take place on March 5, 2023 and will be run by athletes of varying fitness levels and ages from 9 years and above. Participants in the half marathon will compete in 21.1km, 10km, 5km and 2.5km courses. The routes of the marathon pass through the spectacular scenery of Hatta: valleys, fruit and palm farms, the beautiful blue waters of the Hatta Dam, mountains and hills. Hatta will also host one of the stages of the cycling tour organised by the UAE Cycling Federation.

Elite Group of World Champions to participate in Several Cycling & Challenge Championships in Hatta to be organized in collaboration with @DubaiSC, during the current sports season (2022 – 2023)https://t.co/iQjHBOrhUs pic.twitter.com/tRlizKE3kv