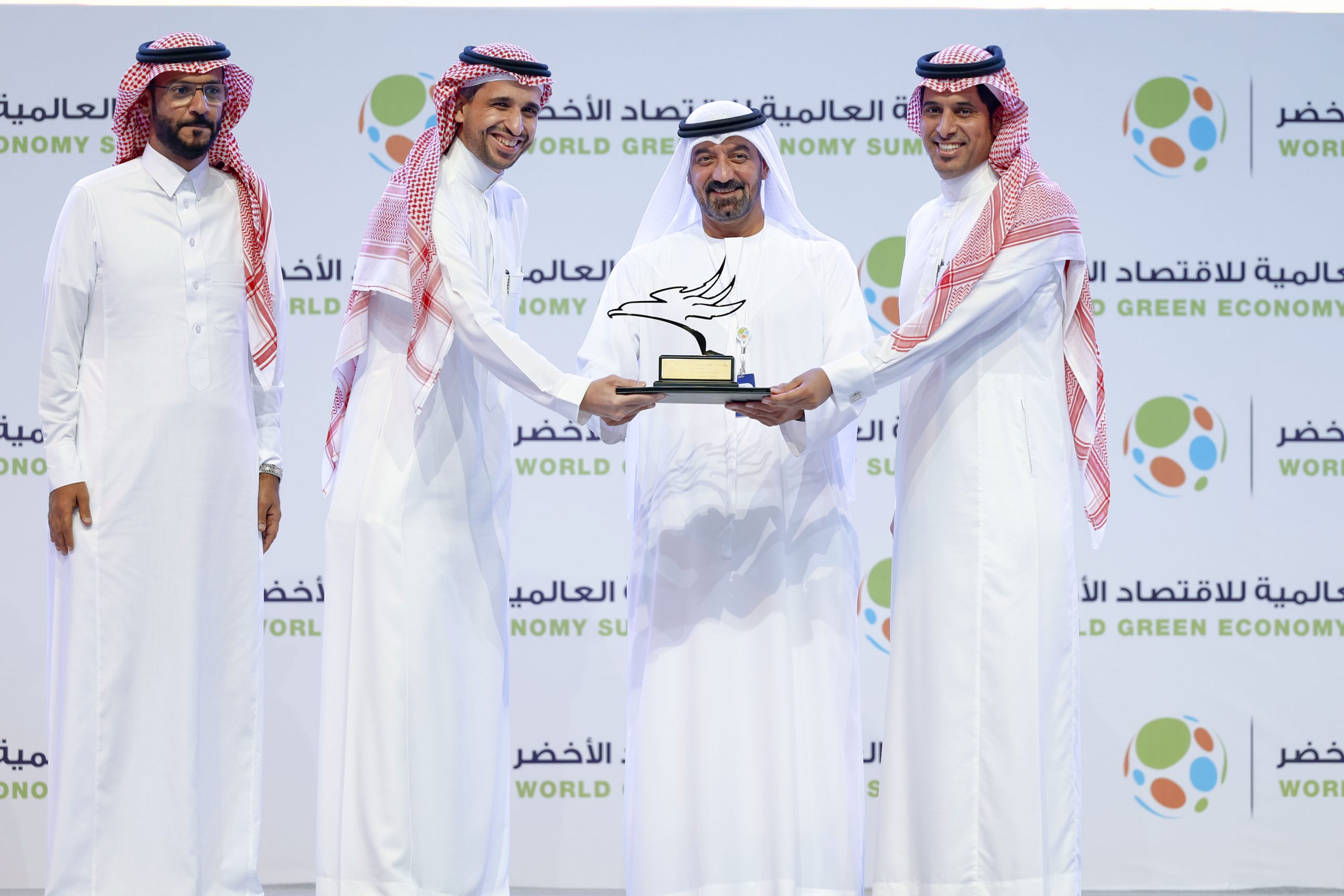 His Highness Sheikh Ahmed Bin Saeed Al Maktoum, Chairman of the Dubai High Council of Energy, opened the 8th World Green Economy Summit today. The two-day event is organised by the Dubai Electricity and Water Authority (DEWA), the World Green Economy Organisation (WGEO) and the Dubai High Council of Energy at the Dubai World Trade Centre. The summit is attended by a large number of ministers, officials and experts from around the world.

“This year we are hosting the 8th edition of the World Green Economy Summit under the wise leadership of His Highness Sheikh Mohammed bin Zayed Al Nahyan, President of the UAE, who in 2015 said: “In 50 years’ time, the time will come when we will load the last barrel of oil on the ship. If our investments today are right, I think – dear brothers and sisters – we will be celebrating that moment.” This summit also supports the wise vision of His Highness Sheikh Mohammed Bin Rashid Al Maktoum, Vice President and Prime Minister of the UAE and Ruler of Dubai, in launching the “Green Economy for Sustainable Development” strategy to create a green economy in the UAE under the motto “Green Economy for Sustainable Development”. The World Green Economy Summit is being held under the patronage of His Highness Sheikh Mohammed bin Rashid Al Maktoum and his instructions to enhance dialogue and promote concerted efforts to develop solutions for a better and more sustainable future for us and generations to come. Under the theme “Leading Climate Action through Cooperation: Roadmap to Zero”, this year’s World Green Economy Summit will explore opportunities for cooperation and the sharing of knowledge and experience among stakeholders, international and regional organisations, and the public and private sectors to facilitate the transition to a green economy. The theme reflects the need for international cooperation to combat climate challenges that affect the entire world,” said Al Tayer in his keynote speech.

The first day also included a panel session entitled “Implementing the Paris Agreement: Creating a Legacy for Climate Action in the Middle East and North Africa Region,” which was attended by H.E. Dr. Muawiyeh Khalid Radaydeh, Minister of Environment of Jordan, H.E. Kavidass Ramano, Minister of Environment, Solid Waste Management and Climate Change of Mauritius, Dr. Dena Assaf, UN Resident Coordinator in the UAE, James Grabert, Director of Mitigation, UNFCCC, and Hana Al Hashemi, Chief Climate Negotiator, Office of the UAE Special Envoy for Climate Change, participated in the session moderated by John Defterios, Professor of Business at NYU Abu Dhabi and Energy Fellow at the World Economic Forum. Panelists discussed topics related to climate action in the Middle East and North Africa (MENA), as well as the significance of holding COP27 in Egypt later this year and COP28 in the UAE next year.

Under the patronage of @HHShkMohd, @HHAhmedBinSaeed inaugurates the 8th of the World Green Economy summit today. The two-day event is organised by @DEWAOfficial, @wgeoorg, and @DubaiSCE at the Dubai World Trade Centre.https://t.co/xKYFi9pRKN pic.twitter.com/89Z3RD3O8R