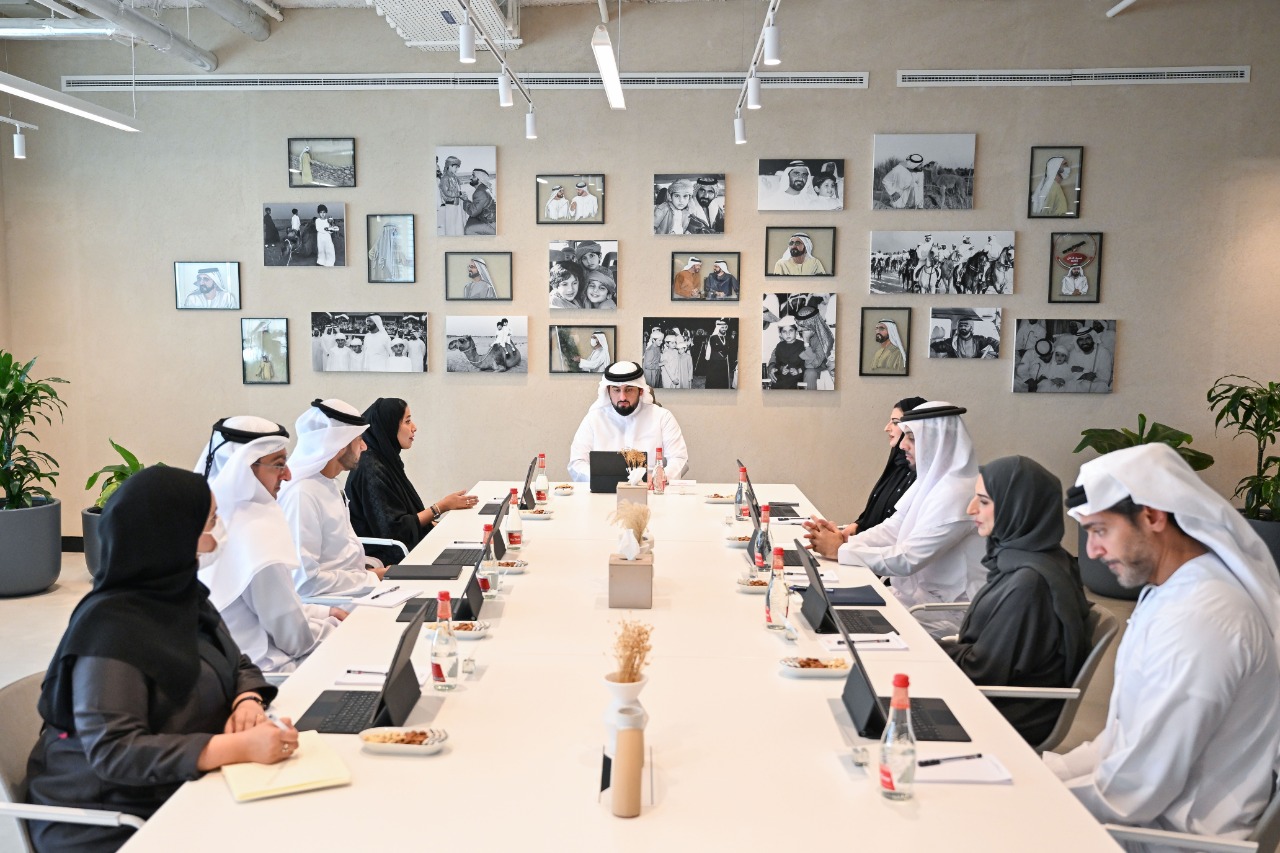 One of the main issues of the meeting was to review the progress of Dubai Media Incorporated’s (DMI) strategic plan and key projects. DMI’s new comprehensive strategic plan aims to further enhance the competitiveness and performance of its various sectors.

During the meeting, which was also attended by Her Excellency Mona Al Marri, Vice Chairman and Managing Director of Dubai Media Council, His Highness Sheikh Ahmed Bin Mohammed reviewed the progress of the development plan that was developed a few weeks ago to enhance DMI’s capabilities and leverage new opportunities in the rapidly evolving media industry.

His Highness Sheikh Ahmed bin Mohammed issued directives to accelerate the phased implementation of DMI’s growth strategy. “We have approved DMI’s budget and issued directives to explore fresh initiatives that can open up new horizons of growth for the organisation. We are building a national talent pool in the UAE that has the professional and technological competencies needed to succeed in the media sector. They will drive DMI’s future development into an organisation that will set new standards for content quality and operational efficiency,” said His Highness.

“The vision of His Highness Sheikh Mohammed Bin Rashid Al Maktoum, Vice President and Prime Minister of the UAE and Ruler of Dubai, has helped create a solid foundation for the growth of the media economy in the UAE. The priority His Highness places on excellence has enabled us to build a media infrastructure that rivals the best in the world. Today, all media stakeholders are working closely together to increase the sector’s contribution to Dubai’s economic growth. To achieve this, we have established strong partnerships with leading regional and global media companies,” said His Highness.

Her Excellency Mona Al Marri said that the Dubai Media Council is working towards realising its strategic objectives in close collaboration with various leading stakeholders as part of a broader vision to enhance Dubai’s status as a global and regional media hub.

Participants also reviewed preparations for the 20th edition of the Arab Media Forum, being organised by the Dubai Press Club (DPC) under the patronage of His Highness Sheikh Mohammed bin Rashid Al Maktoum on October 4-5. More than 3,000 media personalities and professionals from across the Arab world will participate in the event. In conjunction with the Forum, DPC is also holding the Arab Media Awards, which aims to recognise excellence in the three main media sectors: Journalism, TV and Digital Media.