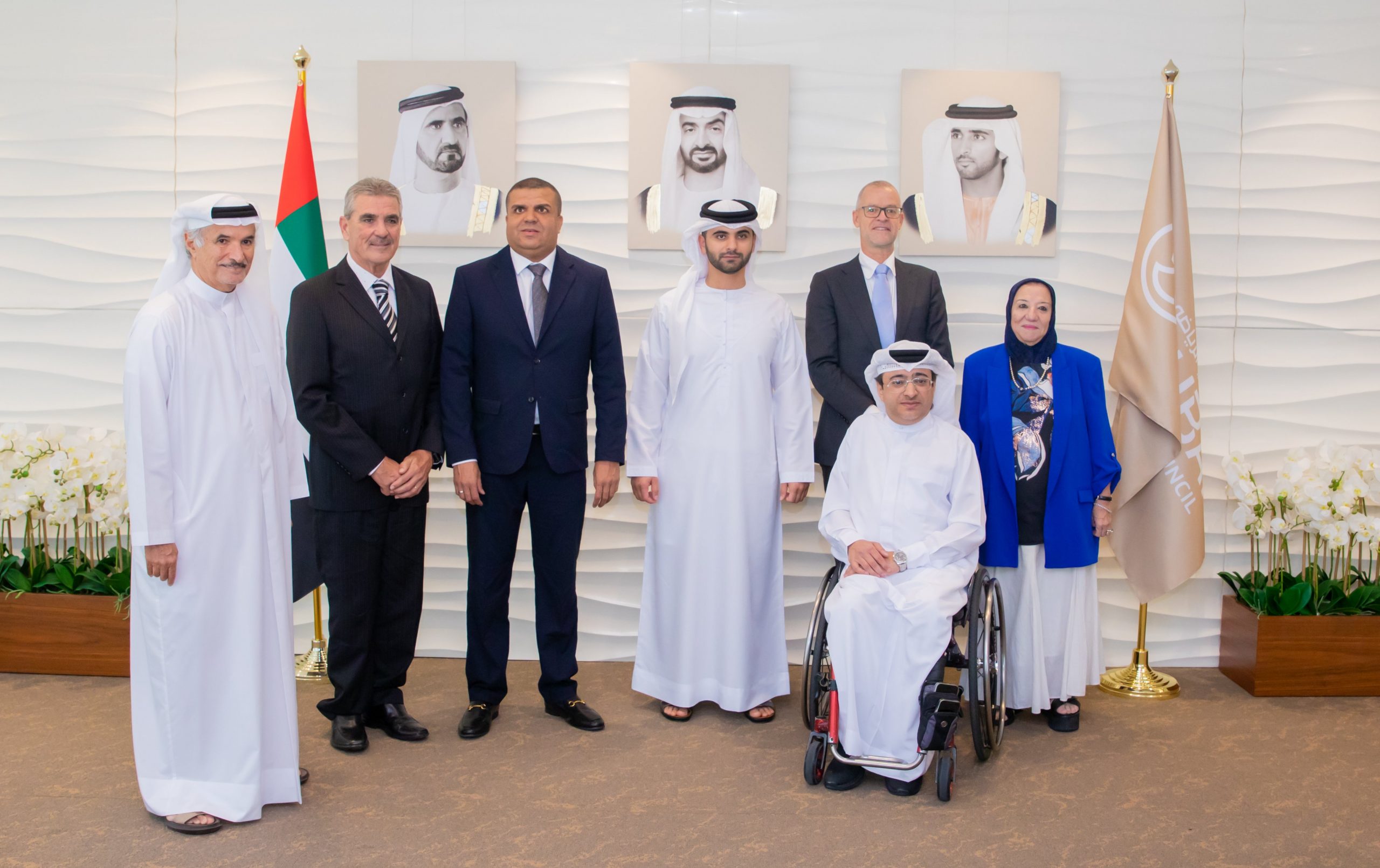 His Highness Sheikh Mansour bin Mohammed bin Rashid Al Maktoum, Chairman of the Dubai Sports Council (DSC) and Chairman of the Higher Committee for the Protection of Rights of Persons with Disabilities in Dubai, today met with the Presidents of the Continental Paralympic Committees at the DSC Headquarters.

During the meeting, His Highness reiterated the UAE leadership’s commitment to empowering people with disabilities and enhancing their role and contribution in various fields, including sports.

Sheikh Mansour said the UAE is one of the leading countries in promoting inclusion of motivated people and has become an outstanding hub for international sporting events and championships for para-athletes.

Sheikh Mansour also praised the continental Paralympic committees for their outstanding efforts to promote the inclusivity of para-athletes in sport through the development of sporting events and the launch of several humanitarian initiatives. The UAE supports such endeavours and seeks to strengthen international cooperation to achieve the common goal of empowering people of determined character, he added.

The Presidents of the Continental Paralympic Committees thanked His Highness Sheikh Mansour for his commitment to increasing participation of people with determination and giving them equal opportunities in all areas. They also expressed appreciation to His Highness for his interest in developing the Fazza championship for determined people.

During the meeting, His Highness Sheikh Mansour was briefed by Majid Al-Osaimi on the plans and programmes of the continental committees for the next phase to further develop the Paralympic movement. Al-Osaimi thanked Sheikh Mansour on behalf of the other presidents of the continental Paralympic committees for his continued efforts to support the Men of Determination.

The Presidents of the Continental Paralympic Committees commended the UAE for its exceptional efforts and leadership in empowering Para Athletes. They added that the UAE has demonstrated outstanding success in hosting international championships that support the mission and objectives of Paralympic Committees around the world to enhance the participation of people with disabilities in sport.

At the end of the meeting, the Presidents of the Сontinental Paralympic Committees presented a commemorative trophy to His Highness Sheikh Mansour in recognition of his efforts to empower people with disabilities and integrate them into society.

HH @sheikhmansoor bin Mohammed bin Rashid Al Maktoum, Chairman of @DubaiSC & Chairman of the Higher Committee for the Protection of the Rights of People of Determination in Dubai, meets with the Presidents of the Continental Paralympic Committees.https://t.co/kP69IZt89V pic.twitter.com/sNUWzFvw1U