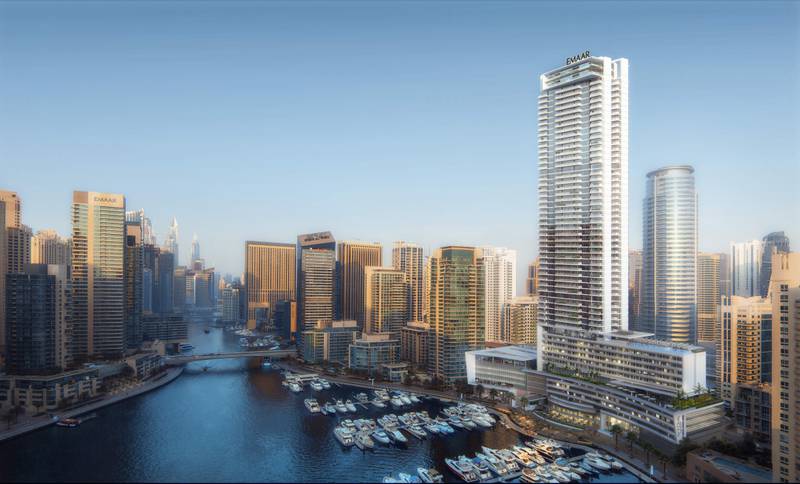 A new Vida Dubai Marina & Yacht Club hotel will open in Dubai in December on the location of Dubai Marina Yacht Club, which was one of the city’s most popular landmarks and marinas for yachts, boats and floating restaurants.

The four-star hotel, with a Miami-style design, will have 158 rooms with harbour views. It is worth recalling that the yacht club building was demolished back in 2017 to make way for new projects by developer Emaar.

The low-rise building will now be replaced by a 230-metre skyscraper with a swimming pool, gym and spa. The building was designed by Killa Design, the same studio that created the Dubai Future Museum, dubbed one of the most beautiful buildings in the world.

The hotel will offer guests direct access to the waterfront with numerous restaurants and retail spaces. Vida Dubai Marina & Yacht Club will be the fifth Vida brand hotel in the UAE.

In the United Arab Emirates there will be a sharp increase in the number of hotel rooms – by 2030 it is planned to put into operation 48 thousand new hotel rooms, which is 25% of the total number of active hotel room stock (about 200 thousand rooms).

About 70% of all rooms will be in hotels 4* and 5*, says the study of the international consulting company Knight Frank. The share of international hotel operators will grow in the UAE by 4% and reach 60%.

The total number of hotel guests in the UAE in the first half of the year grew by 42% to 12 million people and tourism sector revenue exceeded 19 billion dirhams.