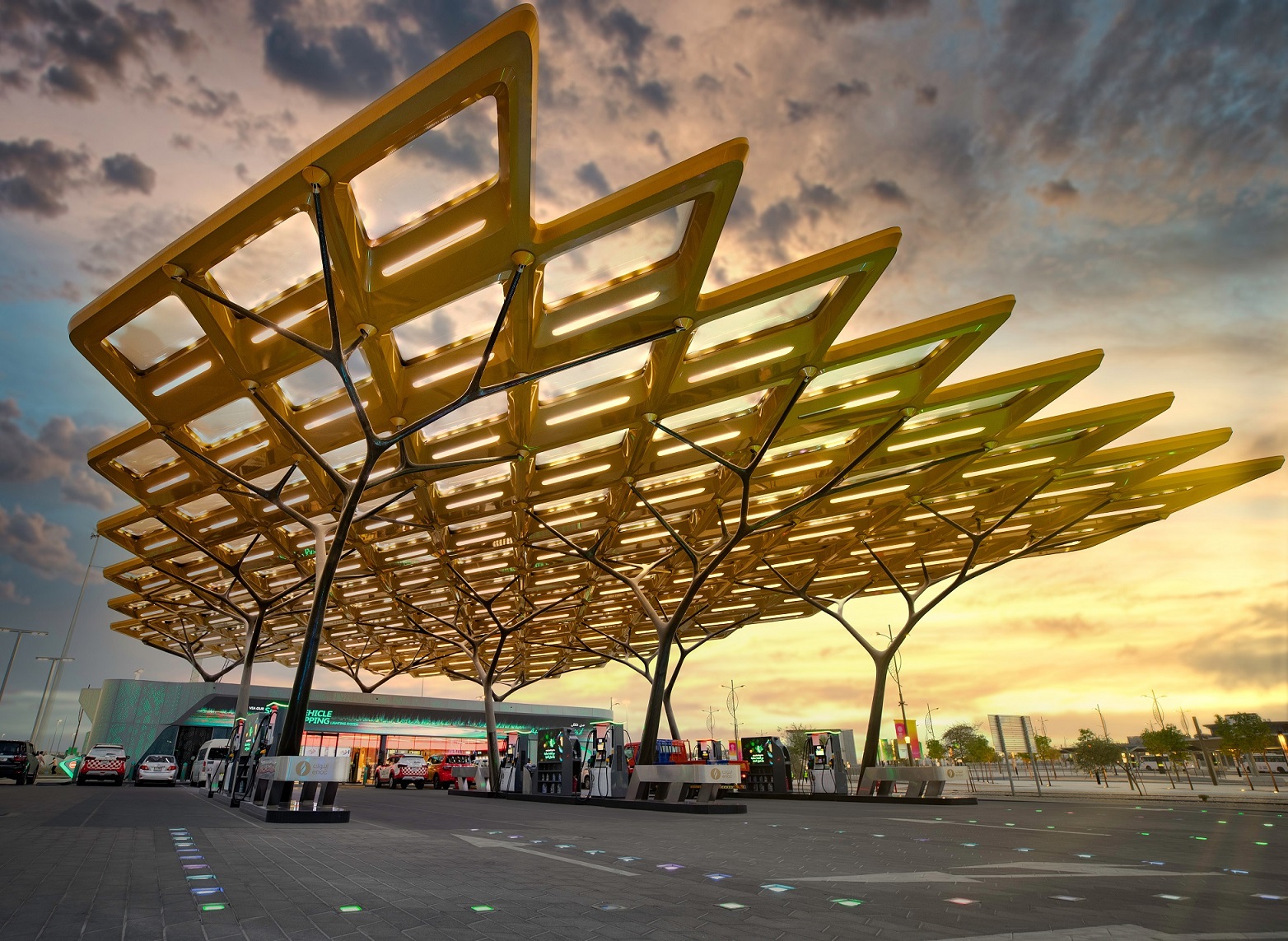 Service Station of the Future opens in Expo City Dubai

ENOC Group, a leading integrated global oil and gas player operating across the energy value chain, today announced that its Service Station of the Future is now open to visitors at Expo City Dubai as part of Expo’s long-term sustainable legacy.

Expo City Dubai is already ready to welcome 145,000 residents and employees, becoming the UAE’s first 15-minute city (a suburb of Dubai’s growing metropolis, bike-friendly and traffic-free) with amenities in close proximity to 85 start-ups and small businesses that will occupy commercial space later this year.

Inspired by the UAE’s rich heritage in the form of the national Gaf tree, over 43,000m2 of carbon fibre was used to build the canopy in addition to 37 tonnes of carbon fibre, which was used to create 133 multi-layered canopy frames, which house transparent, innovative leaf-shaped canopies made from ethylene tetrafluoroethylene (ETFE), and are powered by over 3,800 LED light modules.

The 5,841.87m2 service station of the future uses renewable energy, thanks to 283 solar photovoltaic panels installed to generate 143 MWh of solar power, and a 25m wind turbine that will generate 12.7 MWh of wind power annually at the 4.38km² World Expo site.

Since its opening, the Future Maintenance Station has been recognised by numerous international and local organisations for its innovative design and sustainability. In addition to being awarded LEED Platinum, the internationally recognised building certification from the US Green Building Council (USGBC) for its focus on renewable energy, water efficiency, energy savings and CO2 reduction, the maintenance station has also received a number of awards, including The Architecture MasterPrize 2021, Corporate Social Responsibility Award from Idea of the Year Awards, Sustainable Project of the Year and Innovation in Design from Design Middle East Awards. Most recently, the maintenance station of the future won the Arab Energy Efficiency Day competition for ‘Best Energy Management Systems in Industrial Facilities’, which took place in Cairo, Egypt.

.@enoc_official announced its Service Station of the Future is now open to the public at Expo City Dubai as part of Expo’s lasting sustainable legacy. https://t.co/97oLW5oVYS pic.twitter.com/bsQa3m4gFo