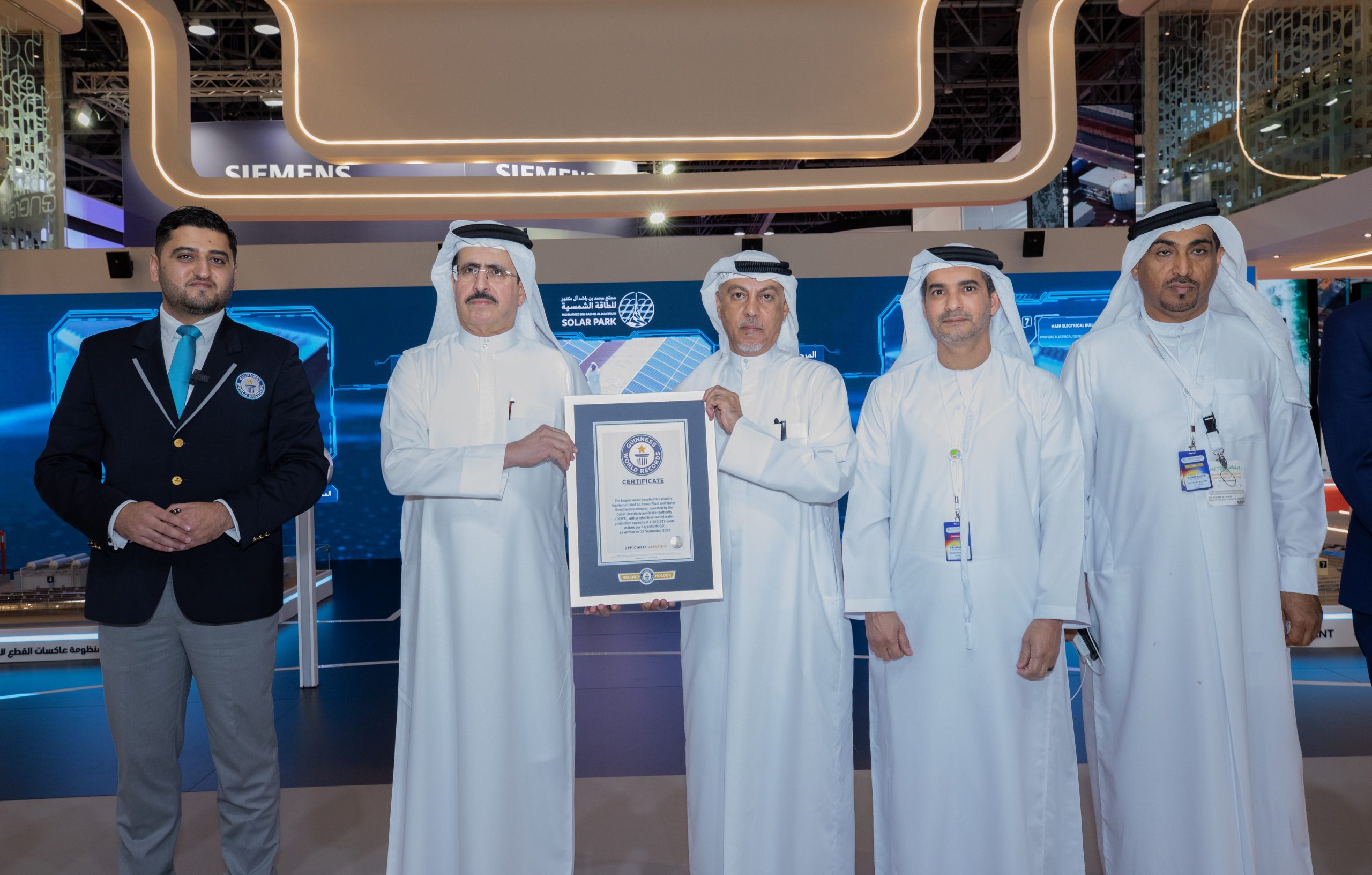 The Dubai Electricity and Water Authority (DEWA) has made another world record breakthrough, winning the title of Guinness World Record holder for the second time for owning and operating the world’s largest single-site desalination complex with a production capacity of 490 million imperial gallons of water per day, equivalent to 2,227,587 cubic metres per day. This is the second world record for the Jebel Ali power generation and water production complex. In 2021, the complex was confirmed by the Guinness Book of World Records as the world’s largest natural gas-fired power generation facility. The complex has a capacity of 9,547 MW.

Al Thayer explained that DEWA uses three basic principles to sustain water production: the use of clean solar energy to desalinate seawater using reverse osmosis technology, which consumes less energy than MSF plants, and the Aquifier Storage and Recovery (ASR) project, through which excess desalinated water is stored in underground basins, extracted and pumped back into the water network as required. This innovative holistic model preserves the environment and represents a sustainable economic solution. It also highlights Dubai’s ability to anticipate and shape the future. Once completed by 2025, the project will store and retrieve 6,000 million imperial gallons of water when needed, making it the largest emergency storage facility for drinking water in the world. The technology will create a strategic reserve that will provide the emirate with more than 50 million imperial gallons of water per day for 90 days in emergency situations, while ensuring the safety of the stored water.

DEWA intends to increase SWRO’s production capacity to 303 MIGD by 2030, reaching 42% instead of the current share of 13%. Desalinated water production capacity will reach 730 MIGD in 2030. SWRO desalination plants require less energy than MSF plants. One of DEWA’s latest projects using this technology is the K plant in Jebel Ali, which has a production capacity of 40 MIGD and an investment of AED 897 million.