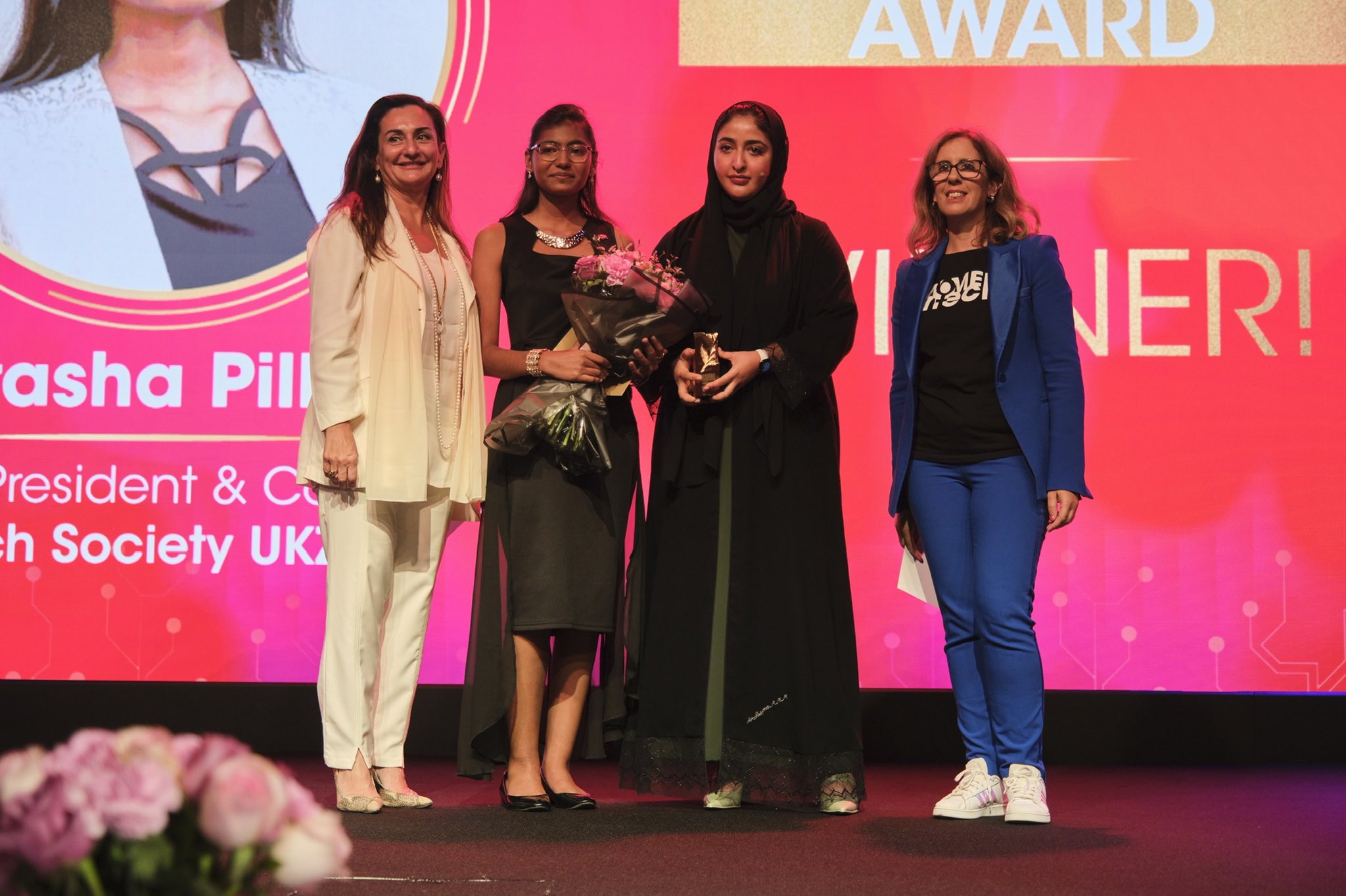 The Museum of the Future in Dubai hosted the fifth Women in Tech Global Awards ceremony. The event was held under the patronage and in the presence of Sheikha Moza bint Marwan Al Maktoum, First Lieutenant Pilot of Dubai Police.

The ceremony, organised by Women in Tech ®, a global non-profit organisation striving to bridge the gender gap and build a strong network of women in technology around the world, recognised eight female winners for their outstanding contributions to the technology industry. More than 200 guests from around the world attended the event, which was the final stage in the organisation’s awards series.

In her opening speech, Sheikha Moza stressed the importance of further empowering women in various fields, especially in the technology industry. Sheikha Moza also spoke about how technology has empowered women and enabled them to realise their aspirations by making positive changes in their communities. She stressed the importance of communities adopting new technologies and making training available to women in areas such as artificial intelligence, machine learning and blockchain to expand their participation in the field.

The UAE has enacted laws and established a legal framework that gives women an equal opportunity to contribute to the country’s all-round development. The UAE leadership’s commitment to empowering women has enabled them to take the lead in all areas. In 2019, Sheikha Moza became the first woman to be promoted to the position of First Lieutenant Pilot in the Dubai Police.

During the ceremony, Sheikha Moza presented the Emerging Teen Award to Nitasha Pilley, a South African student majoring in Marketing and Information Systems and Networking Technology at the University of Kwa-Zulu-Natal. Sheikha Moza bint Marwan stressed the need to support young people at this stage of their development and to help them define their goals.

The global event celebrated the outstanding achievements of women in eight different categories. Prior to this event, Women in Tech® held regional awards representing different regions of the world: Asia Pacific, Latin America, Middle East and North Africa, Europe, Africa and the Americas.

Under the patronage and in the presence of Sheikha Mozah bint Marwan Al Maktoum, First Lieutenant Pilot at Dubai Police, Dubai hosted the fifth edition of the Women in Tech Global Awards at @MOTF in #Dubai.https://t.co/BmRsCh9LuN pic.twitter.com/gaoaeiKobA