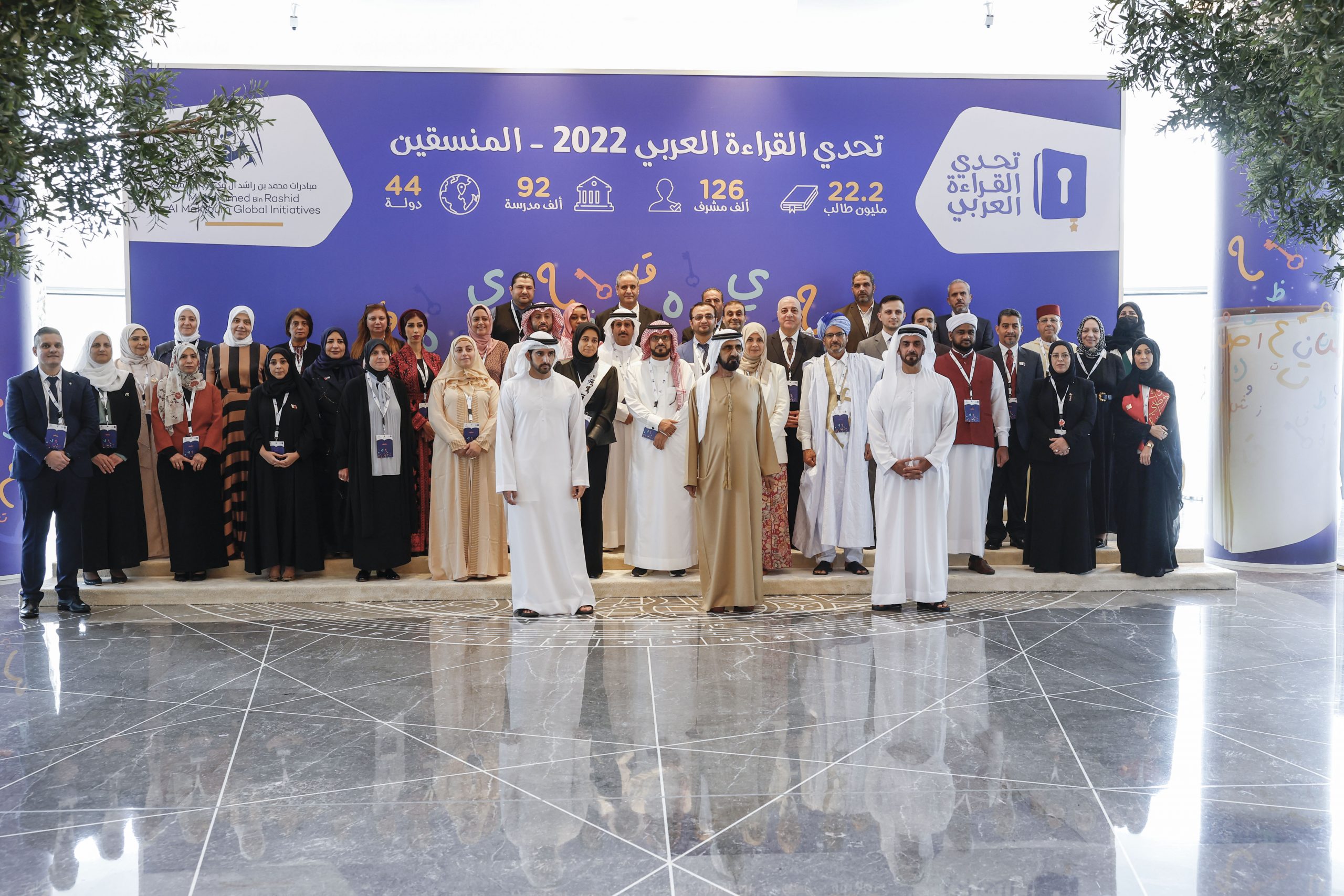 The ceremony was held at the Dubai Opera House in front of an audience of more than 2,000 people, including 360 national and community champions.

His Highness Sheikh Mohammed bin Rashid Al Maktoum awarded Sham Al Bakour from Syria as the winner of the sixth edition of the Arab Reading Challenge, which was selected from 22.27 million students, the highest number of participants ever registered in a single edition of the competition since its inception.

His Highness Sheikh Mohammed bin Rashid Al Maktoum stressed that civilisation begins with enlightenment and reading enlightens the mind and opens the way to a better future for Arab generations.

His Highness said: “Our precious Arabic language is in the capable hands of millions of Arab students and thousands of volunteers who are sparing no effort to ensure that this Arab literacy initiative succeeds.”

His Highness expressed confidence in the ability of future generations to preserve the Arabic language. He said: “The Arab reading initiative has succeeded in creating the biggest knowledge movement in our Arab world. The Arabic book has been taken off the shelf and placed in the hands of our youth to inspire hearts and minds and light the way.”

His Highness Sheikh Hamdan bin Mohammed bin Rashid Al Maktoum awarded national winners from across the Arab world for their exceptional achievements. Sham Al Bakur from Syria, who was crowned the Arab Reading Champion, received a prize of AED 1,000,000 after the final qualifying round.

The audience at the final ceremony watched the operetta “National Anthem of the Arab Countries”, which featured artists from various Arab countries. The operetta, which included selected clips from national anthems of Arab countries, honoured champions of Arabic reading.

The ceremony also featured a video of milestones from previous editions of the Arab Reading Challenge, as well as songs ‘Al Qeraya Nour’ by Abu and ‘Iqra’ by Mohammed Assaf.

The ceremony also featured a video of the youngest champions of the latest edition. Sham Al Bakur, the seven-year-old champion of Syria, won the title of champion by taking part in the sixth edition of the challenge for the first time.

The sixth edition of the Arab Reading Challenge attracted 22.27 million participants from 44 countries, making it the largest since it began.

Launched by His Highness Sheikh Mohammed bin Rashid Al Maktoum, the Arab Reading Challenge aims to instil an inclusive reading and knowledge-seeking philosophy and culture in young people to promote communication, dialogue and openness between different cultures. The competition encourages young people to strive for daily reading and academic achievement, developing the Arabic language and enhancing its role in enriching human civilisation and spreading knowledge.

Since its launch in 2015, the Arab Reading Challenge has continued to develop a reading and knowledge environment and highlight the value of lifelong self-education.