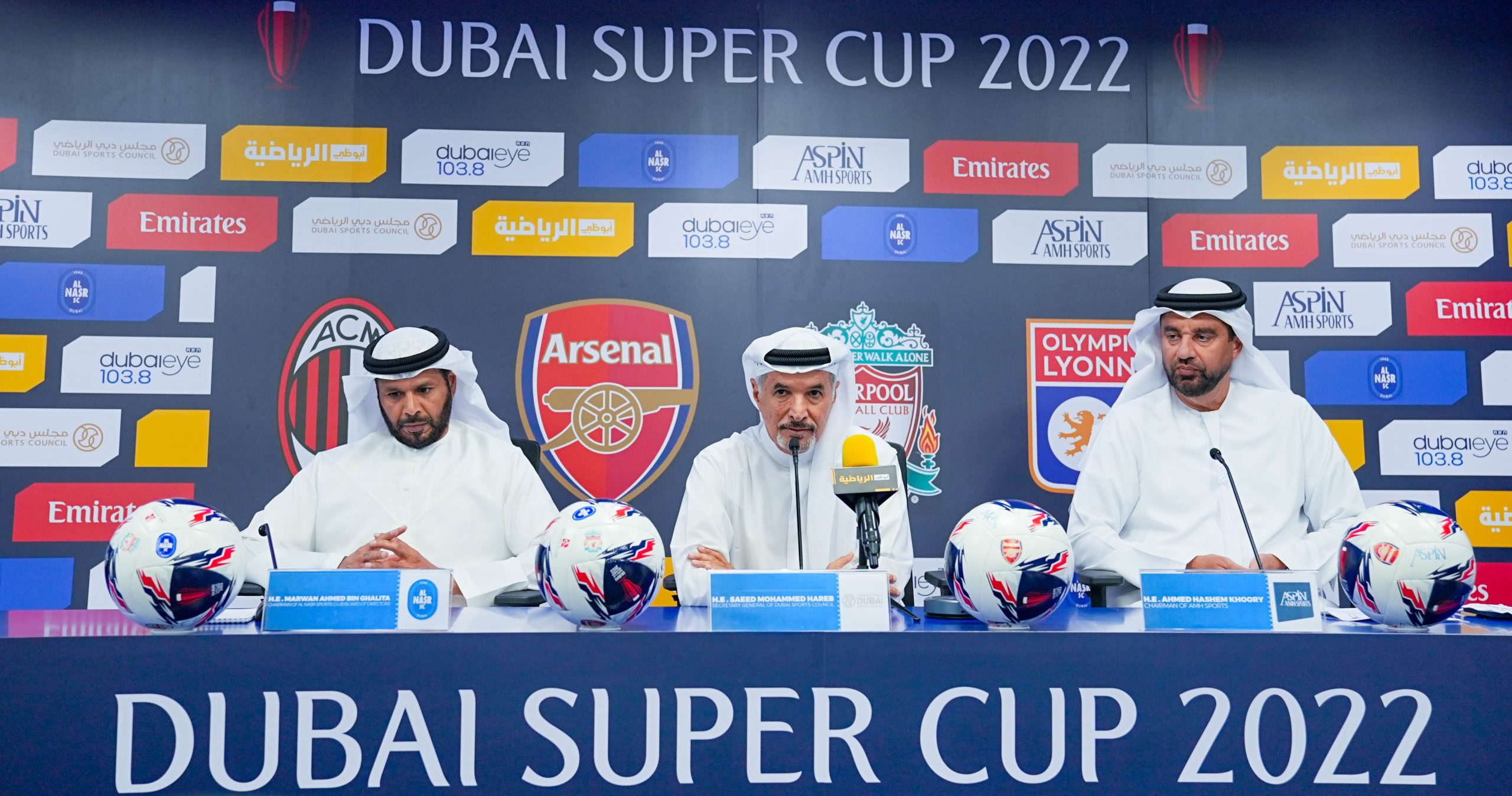 Under the High Patronage of His Highness Sheikh Hamdan Bin Mohammed Bin Rashid Al Maktoum, Crown Prince of Dubai and Chairman of the Executive Council, AMH Sports has announced the creation and launch of the Dubai Super Cup 2022, a major football tournament organised in association with the Dubai Sports Council.

The Dubai Sports Council also announced that the Dubai Super Cup title has been awarded to AMH Sports, an organisation in the UAE that is passionate about sports and football in particular. The tournament aims to strengthen the sports tourism sector and pave the way for the launch of new international sports tournaments. The Dubai Super Cup 2022 tournament matches will be played at Al Maktoum Stadium in Al Nasr Sports Club from December 8 to 16, 2022.

With football fever sweeping the globe, the matches will take place on December 8, 11, 13 and 16, 2022, outside the World Cup, and will be officially sanctioned by FIFA, UEFA and the Asian Football Federation. The tournament will witness adrenaline-packed action, and the break will be used as a winter training camp to prepare for the end of the season with the end of the World Cup.

While football fans everywhere are gathering for the 2022 FIFA World Cup in Qatar, the Dubai Super Cup should attract a large number of fans and media attention as it features popular teams with a wide audience and a distinctive style of play. This ground-breaking event will reinforce Dubai’s position as the world’s leading sports destination as well as contribute to the emirate’s tourism and economic development. This inaugural edition of the tournament will be the cornerstone of an annual series that will host the best teams and talented players from around the world for many years to come.

The organising committee has also announced the programme of matches, tournament rules and the mechanism to determine the winner of the tournament soon.

AMH Sports announces the establishment & launch of the ‘Dubai Super Cup 2022’, organized in cooperation with @DubaiSC. The tournament matches will be held at Al Maktoum Stadium in @ALNasrSC between the 8th and 16th of December 2022.https://t.co/ppEcJb3AyS pic.twitter.com/KXjGd7jCPV