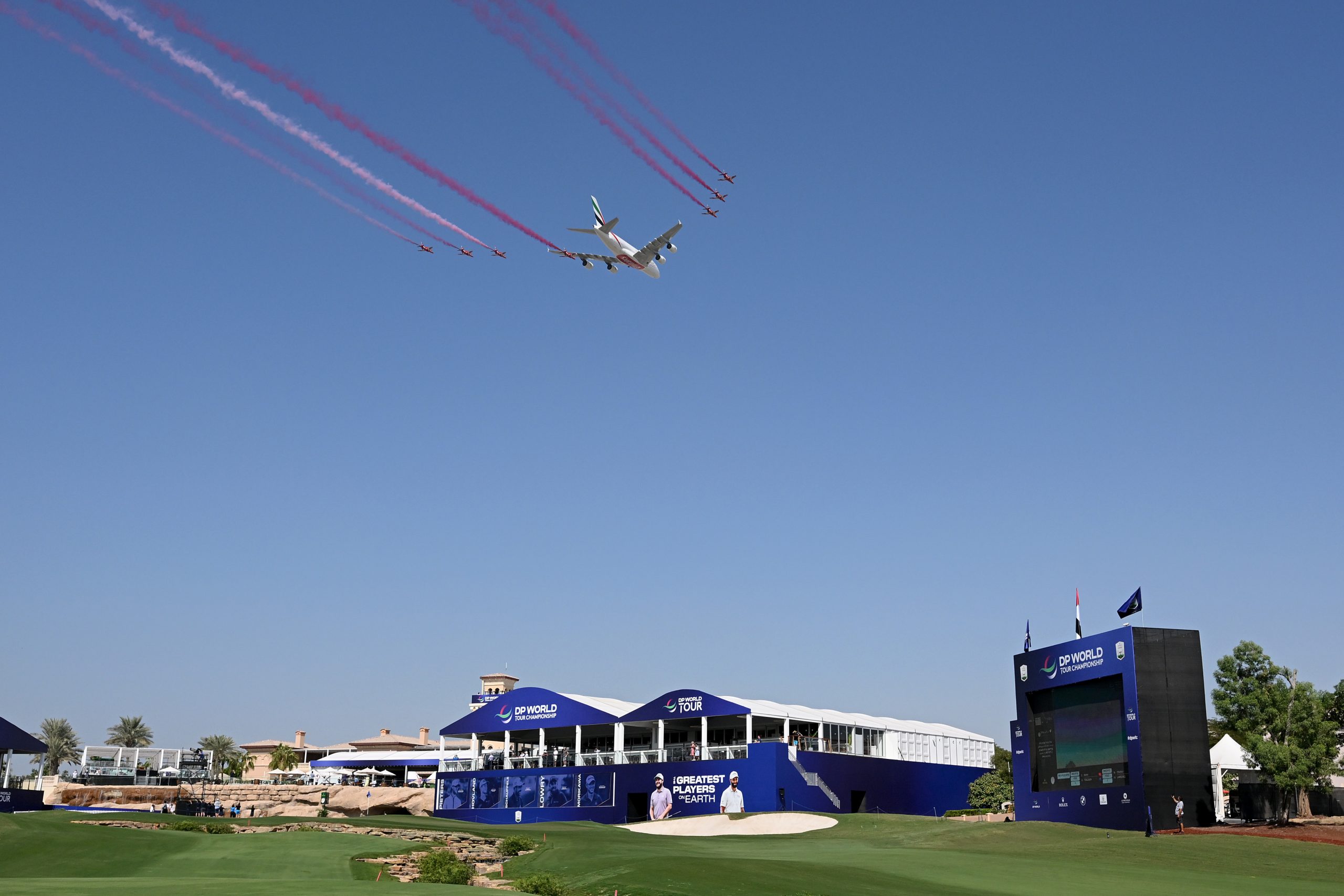 Emirates and the Royal Air Force Red Arrows aerobatic team took to the skies yesterday afternoon to mark the start of the DP World Tour Championship in Dubai with a spectacular flyover over Jumeirah Golf Estates, along Sheikh Zayed Street and next to the iconic Burj Khalifa.

The aerial formation involved an Emirates A380 aircraft and seven Red Arrow Hawk fighter jets, which flew in a “V” shape.

The air group then continued along the Sheikh Zayed Highway, increasing altitude to 3,000 feet, at 250 knots, to finally reach and fly past the legendary Burj Khalifa before heading west to the Dubai coast, where all aircraft broke formation and continued on to their airports for landing.

Emirates is the official partner of 14 tournaments on the DP World Tour calendar each season, with a strong brand presence on the courses of 21 DP World Tour tournaments as well as on the Tour’s media and digital platforms. The airline also partners with the Tour’s Virtual Eye programme, delivered through live television broadcasts that provide real-time positioning and information on player scores and statistics.

In Dubai, Emirates also has a year-round branding rights at Emirates Golf Club, one of 18 world-class golf courses in the city that confirm Dubai’s status as one of the world’s leading golf tourism destinations.

The Red Arrows is one of the world’s top flight teams, having played 5,000 times in front of tens of millions of spectators in 57 countries since the opening of the 1965 season.

The team visited the United Arab Emirates as part of a five-week tour of the Gulf States, with exciting displays and inspiring ground events aimed at promoting a range of UK interests, including trade, business, education and STEM subjects – science, technology, engineering and mathematics.

.@emirates and the Royal Air Force Aerobatic Team, the Red Arrows, took to the skies this afternoon to celebrate the start of the DP World Tour Championship in #Dubai https://t.co/ElcUDYURsw pic.twitter.com/sS8ND8n4cP