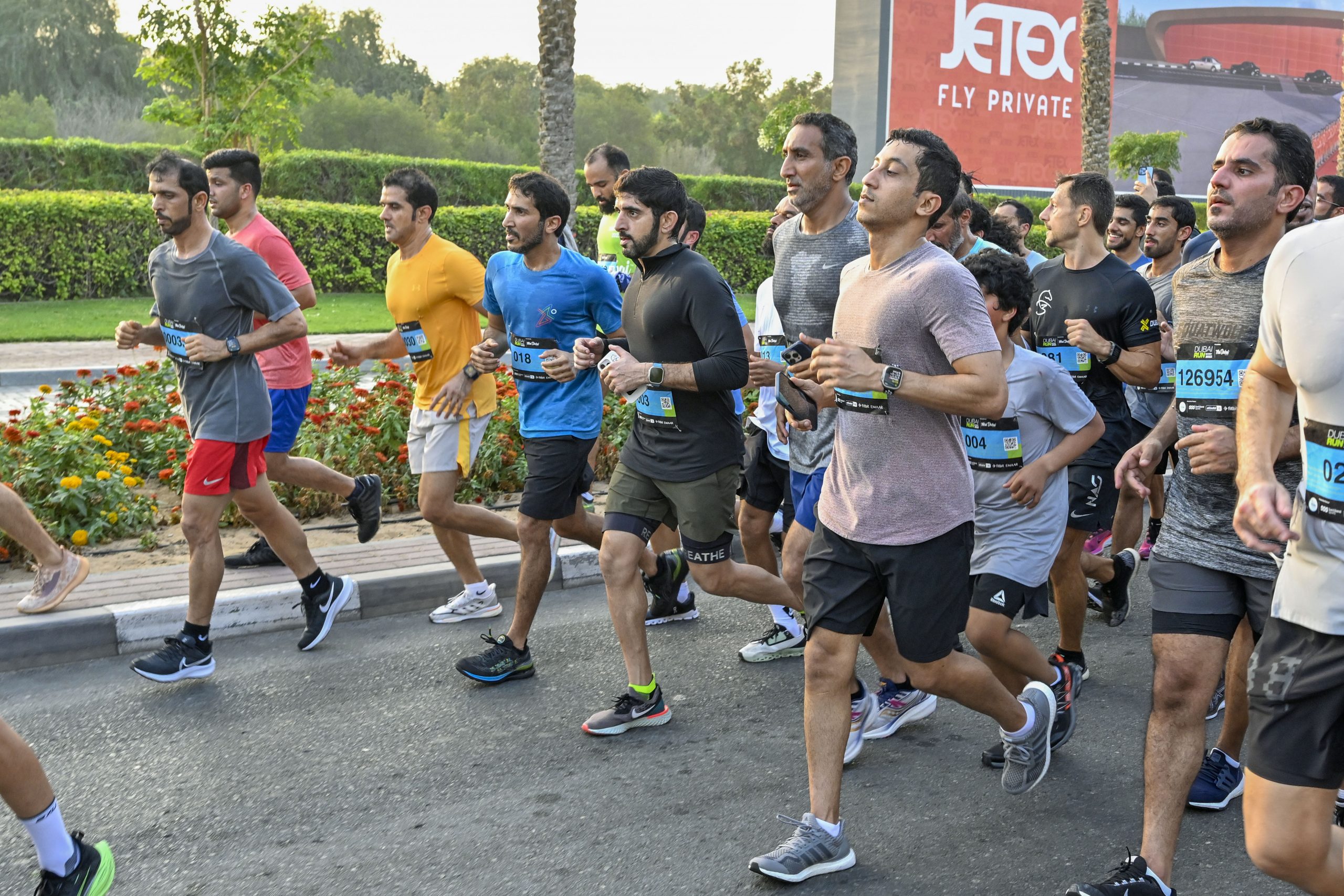 Incredible excitement and determination were on Dubai’s famous Sheikh Zayed Road as His Highness Sheikh Hamdan bin Mohammed bin Rashid Al Maktoum, Crown Prince of Dubai and Chairman of the Dubai Executive Council, led over 193,000 fitness enthusiasts of all ages, skills and abilities in the fourth edition of Dubai Run, the world’s largest free fun run.

Hosted by Mai Dubai, the once-a-year Dubai Run is one of the highlights of the Dubai Fitness Challenge (DFC), a city-wide initiative of His Highness Sheikh Hamdan Bin Mohammed. The annual DFC aims to make Dubai the most active city in the world. Its leadership makes Dubai the only city in the world to offer its citizens, residents and visitors an entire month of free, all-inclusive fitness activities, making it an even happier, healthier and more athletic city. Last year over 146,000 runners took part in the race.

This year, more than 193,000 participants from all walks of life joined the fourth edition of the Dubai Run, turning Sheikh Zayed Highway, the city’s thoroughfare, into a giant running track. The run was launched from the start line near the Museum of the Future, and a sea of enthusiasts dressed in neon green ran or walked at their own pace along the 5km and 10km routes. Both routes took them through the heart of the city, past some of Dubai’s most recognisable landmarks.

Clad in official Dubai Run T-shirts provided by Sun & Sand Sports, social runners and families embarked on the 5km route, which took them past Dubai Mall, Dubai Opera and Burj Khalifa. More experienced runners enjoyed a 10km route that ran along Sheikh Zayed Street to the Dubai Canal, before participants returned to the Dubai World Trade Centre and finished on Al Mustaqbal Street near the Dubai International Financial Centre.

His Highness Sheikh Hamdan bin Mohammed bin Rashid Al Maktoum, Crown Prince of Dubai and Chairman of the Dubai Executive Council, said: “As the Dubai Fitness Challenge approaches its final week, it is inspiring to see the commitment of so many of our citizens, residents and visitors to their health and wellbeing. Having run alongside the more than 193,000 people who completed the Dubai Run today, I was moved by the strength of our community and what we can achieve by working together.”

His Highness Sheikh Hamdan bin Mohammed added: “By taking part in the Dubai Run in such huge numbers, we have shown the world that this is one of the greatest cities to live, work and visit; a city with an unassailable spirit and capacity for achievement. I am immensely proud of every person, government agency, business and organisation that participated in today’s run and the Dubai Fitness Challenge. I would also like to thank the organisers, government agencies led by the Events Safety Committee, partners and all those who contributed to the success of the Dubai Run – a truly outstanding event and an unforgettable day.

Incredible excitement and determination were on display at #Dubai’s iconic Sheikh Zayed Road this morning as @HamdanMohammed led more than 193,000 fitness enthusiasts of all ages, skills, and abilities in the fourth edition of #DubaiRun, the world’s largest free fun run. pic.twitter.com/zvdeqOAwbq