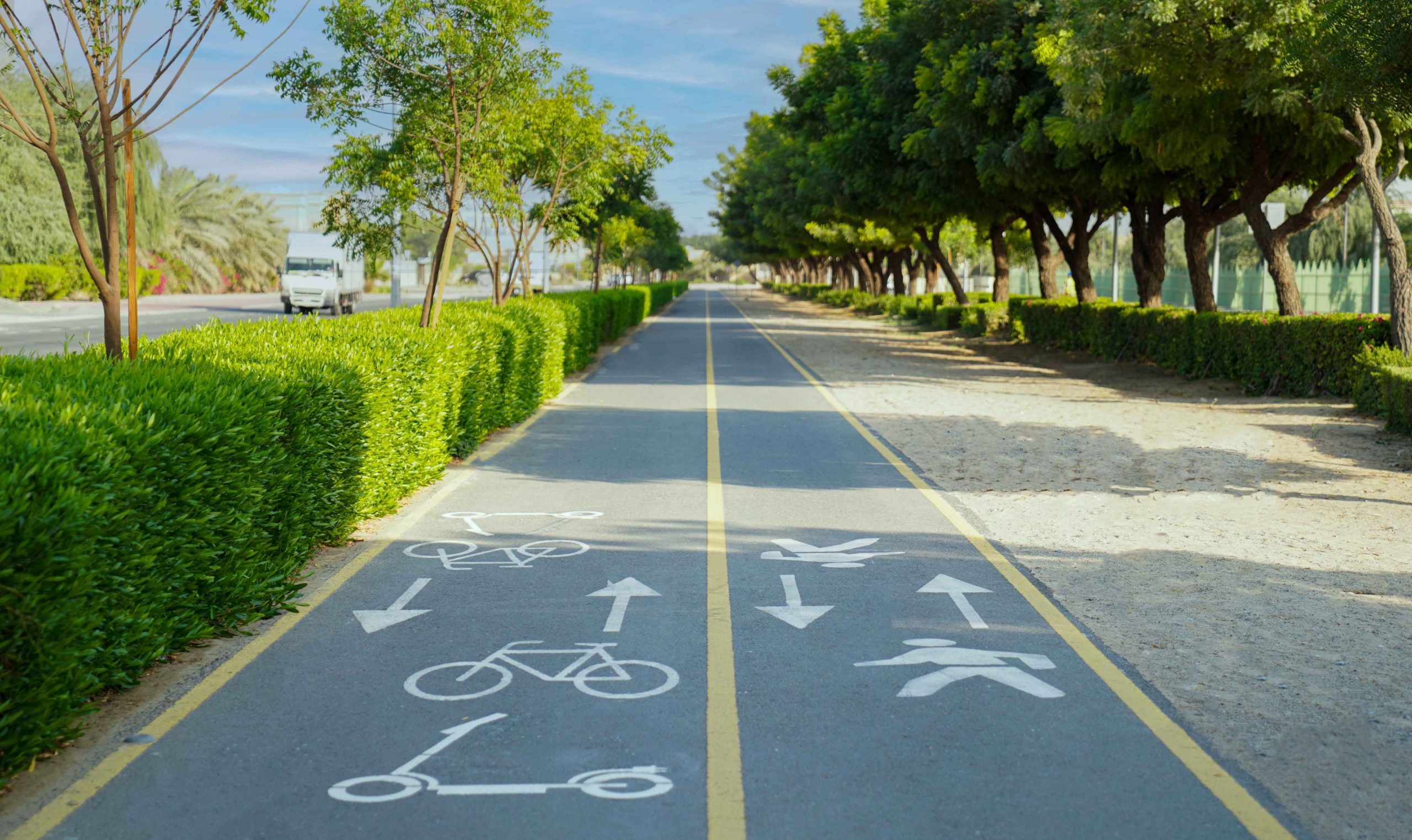 The Dubai Roads and Transport Authority (RTA) has awarded a contract to build cycling tracks in Al Khawanij and Mushrif.  The aim of the project is to provide people with suitable opportunities for cycling. The new lanes, 7km in length, will connect with existing lanes of 32km in these two areas, bringing the total length of cycling tracks in these two areas to 39km.

“The implementation of this project is part of the master plan to create running and cycling tracks across Dubai. The aim is to encourage residents and visitors to engage in sports and outdoor activities, which will improve the well-being of people in the emirate. This project highlights the RTA’s desire to improve the connection between existing cycling tracks in residential areas and the area’s attractions,” commented Al Tayer.

“The second cycling tracks starts from Mushrif Park near Crocodile Park, extends to the intersection with Sheikh Zayed bin Hamdan Al Nahyan Street, and then heads north to the intersection with Al Khawanej Street. It crosses the street over the pedestrian and cycle bridge at Sheikh Zayed Bin Hamdan Al Nahyan Street and connects with the cycle path at Al Khawanej Street. This will bring the total length of the two new bike lanes and the existing lanes in Al Khawanej and Mushrif to around 39 kilometres,” explained Al Thayer.

“The cycling tracks in Al-Khawanij and Mushrif is part of a master plan to develop cycle paths and connect key areas of the city. The plan, which runs to 2026, calls for the construction of 278km of additional cycleways, bringing the total length of cycleways to 819km. The plan also aims to link coastal areas such as Jumeirah, Al-Sufuh and Marina with outer lanes in Al-Qudra, Seikh Al-Salam and Nad Al-Sheba along Al-Barshi, Dubai Hills and Nad Al-Sheba,” Al Tayer added.

“The design, construction and setting of speed limits for cycling tracks comply with the highest international standards and technical guides. They also take into account the nature of the terrain and the classification of the paths. These paths encourage residents and visitors to take up cycling so that it becomes an alternative and sustainable means of transport that serves the ‘first and last mile’ strategy,” Al Tayer concluded.

It should be noted that the length of dedicated cycling tracks built up to the first quarter of 2022 has reached 542km. The RTA intends to increase the total length of cycling tracks to 819km by 2026 to connect Dubai’s hotspots with various forms of public transport.