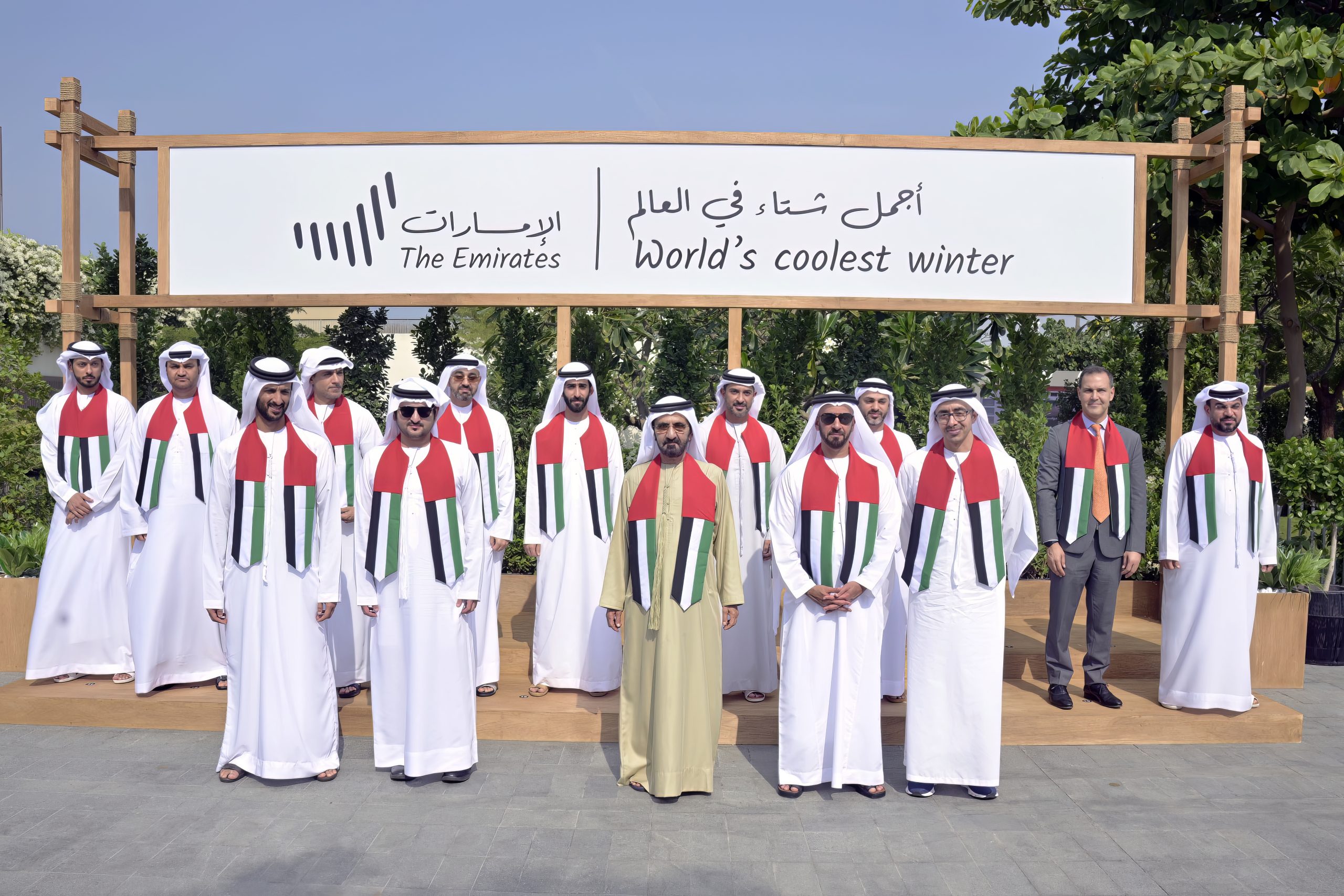 His Highness Sheikh Mohammed bin Rashid Al Maktoum reiterated that tourism is a major component of the Emirati economy, with all federal and local agencies working together to support this vital sector, stressing that cooperation between government and the private sector is essential to develop the sector.

Highlighting Ajman as the starting point for the new World’s Coolest Winter season, His Highness said, “Ajman has witnessed tourism, economic and urban transformation under the leadership of my brother Sheikh Humaid Bin Rashid. We are proud of the dedication of Sheikh Ammar bin Humaid and his brothers.”

His Highness Sheikh Mohammed added: “The World’s Coolest Winter campaign, has sparked a 36 per cent increase in domestic tourism in 2021, reaching 1.3 million domestic tourists. This year’s theme, ‘Our Heritage’, will aim to promote Emirati values.”

The current edition of the campaign aims to support domestic tourism in the UAE and attract tourists from around the world to enjoy a warm winter by highlighting the UAE’s key tourist attractions and the country’s most famous recreational, cultural and natural attractions.

“Our Heritage” is the theme of the 2022 campaign, designed to highlight the Emirates’ rich values and culture and its distinctive features, which include hospitality, tolerance and solidarity.

Heritage and cultural organisations in the UAE will collaborate to provide a wide range of programmes and activities showcasing the uniqueness of Emirati heritage during the campaign period.

This year’s World’s Coolest Winter campaign celebrates the human element in every visit to the UAE, which is central to its status as a sought-after global tourism destination with a relaxed and friendly atmosphere and is reflected in the values of tolerance, inclusivity and respect for every visitor from every background.

In its second edition last year, the campaign achieved outstanding results, generating AED 1.5 billion in revenue in one month, increasing the number of local tourists to more than 1.3 million, a 36 per cent increase over the first edition of the campaign, and a 50 per cent increase in hotel guests.

. @HHShkMohd chairs a meeting of the #UAE Cabinet, launches the new season of the domestic national tourism campaign “The World’s Coolest Winter”.https://t.co/HmPS541bMu pic.twitter.com/Ofxv09W0PX